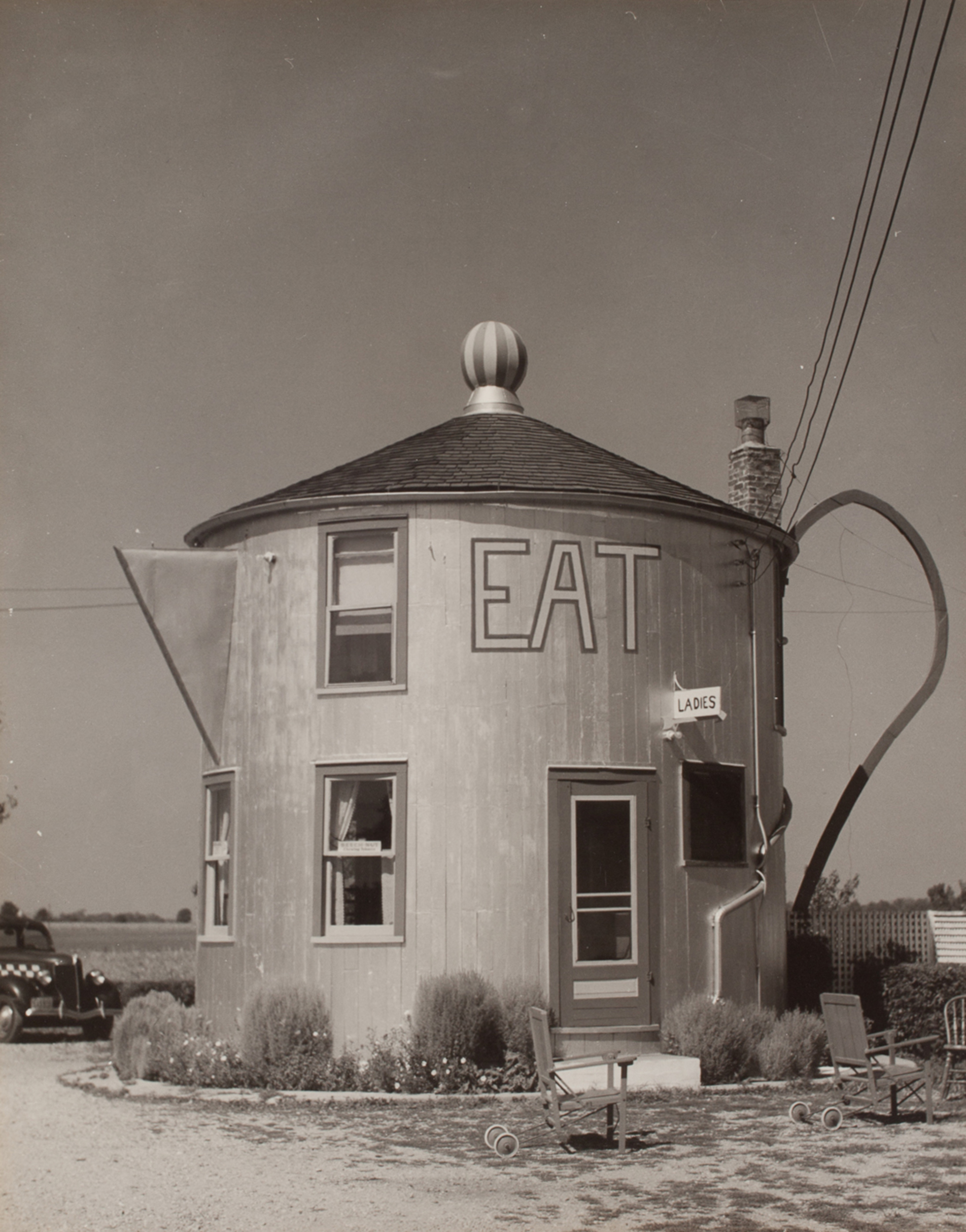 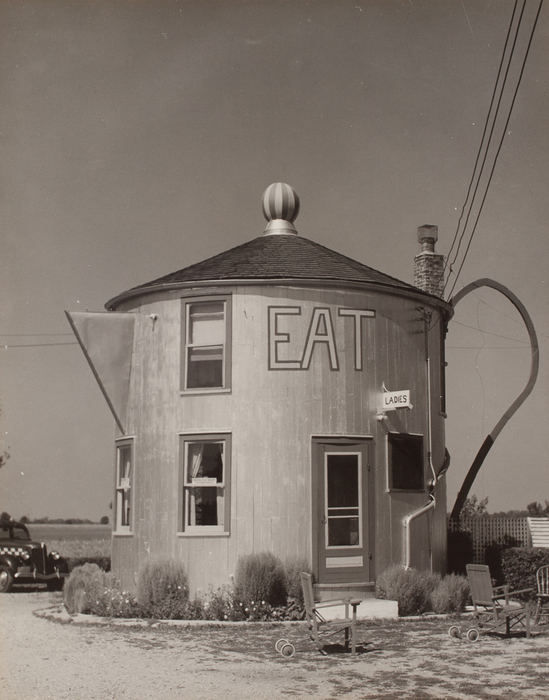 Inspired by a picture of a building in Popular Mechanics, Elmer Laudeman turned a wooden silo into the Coffee Pot Restaurant in 1932. Ideally situated on U.S. 6 between Ohio and Illinois, outside of Bremen, Indiana, the quirky building was visited by truckers as well as roadtripping families. Travelers could enjoy a meal at the round counter inside the 18-foot-diameter building. The restaurant attracted so many diners that an addition was built in 1949 or 1950. After the building fell into disrepair, the state purchased it and demolished the local landmark to make way for the Bremen bypass.
Tammy Sue Venable, Bremen and North Central Indiana (Mount Pleasant, South Carolina: Acadia Publishing, 2001), p. 70

Gift of Joel and Anne Ehrenkranz, 1986

Feedback Accession No. 33.1986
This website stores cookies on your computer. These cookies are used to collect information about how you interact with our website and allow us to remember you. We use this information in order to improve and customize your browsing experience and for analytics and metrics about our visitors both on this website and other media. To find out more about the cookies we use, see our Privacy Policy.
I Accept I Decline