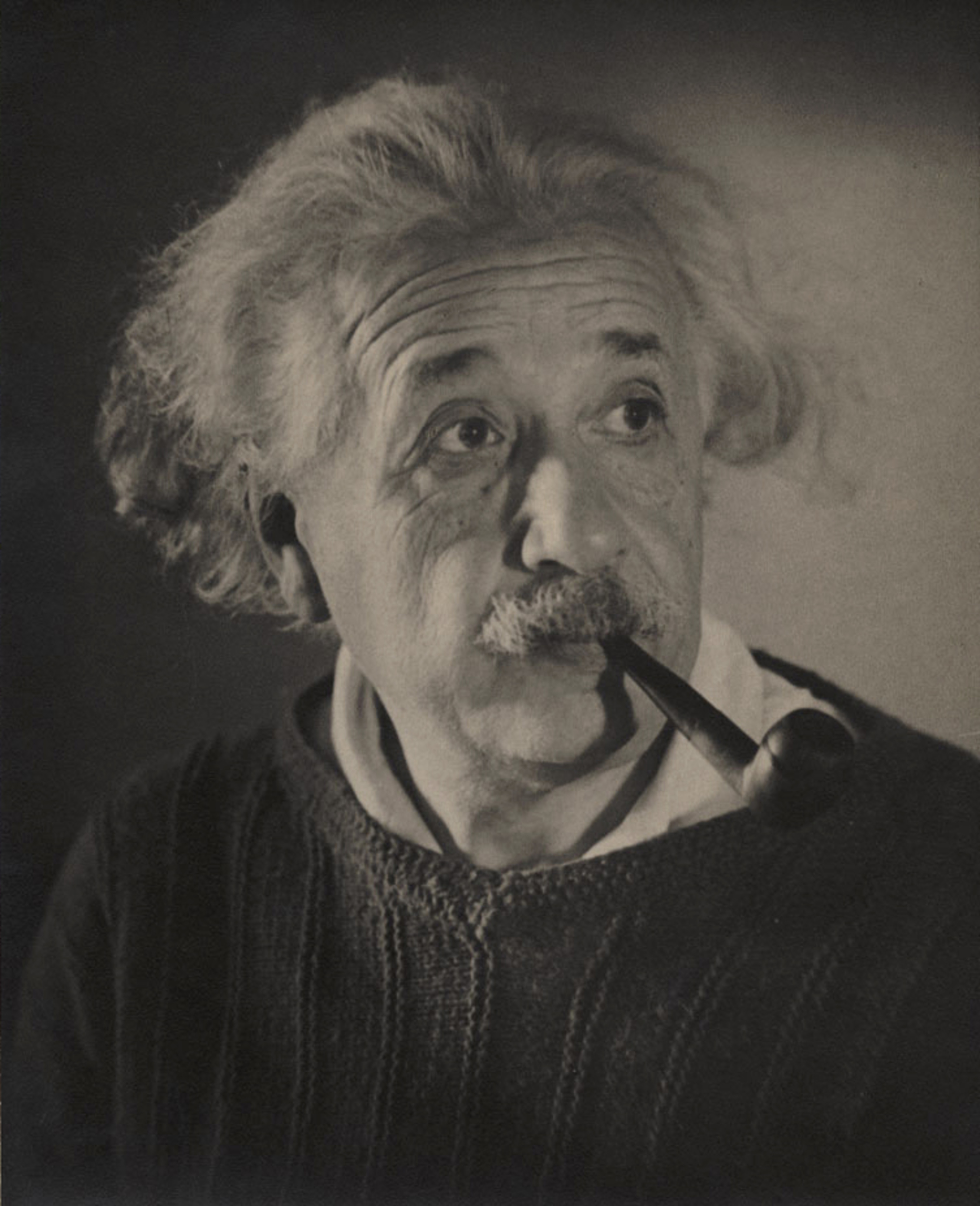 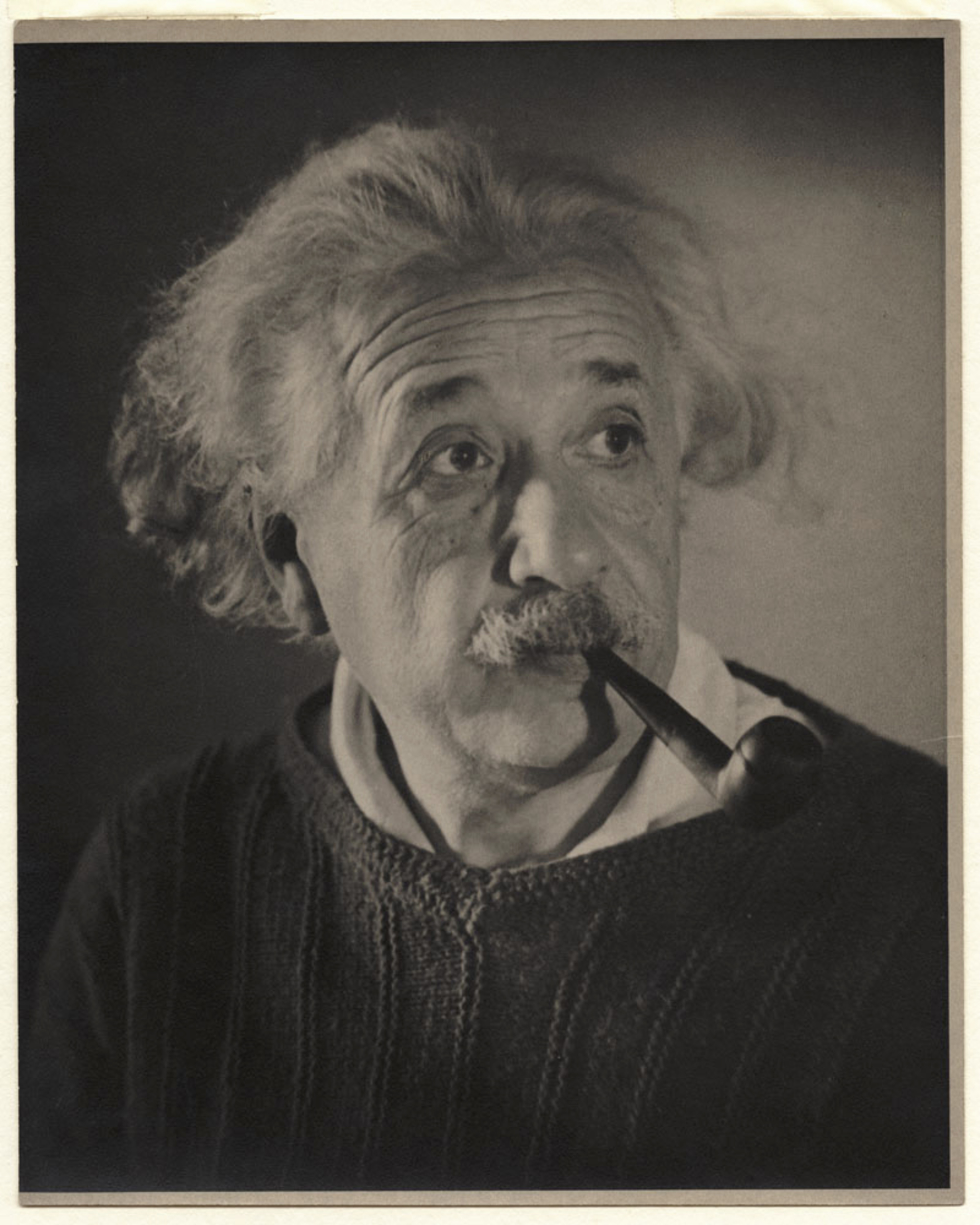 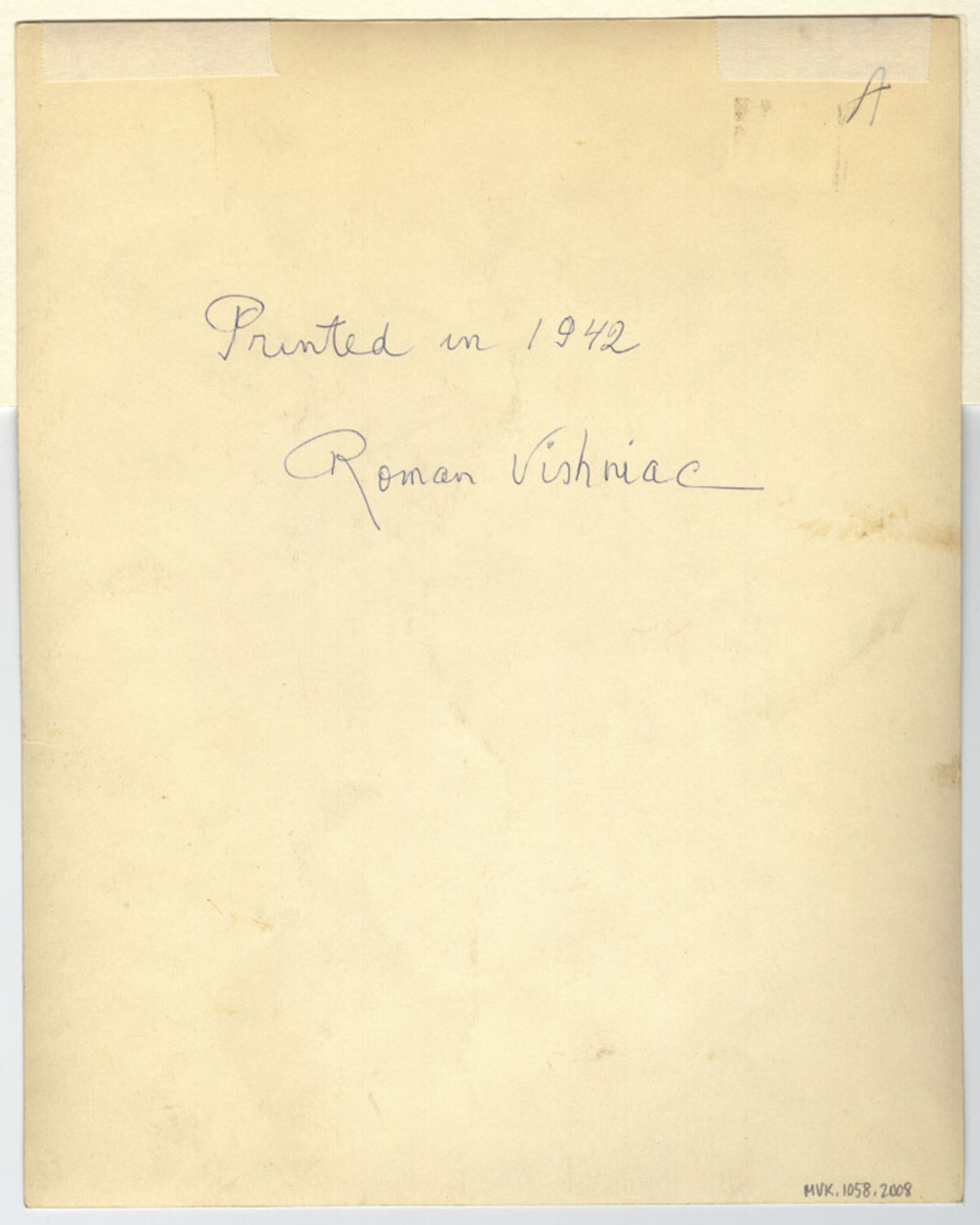 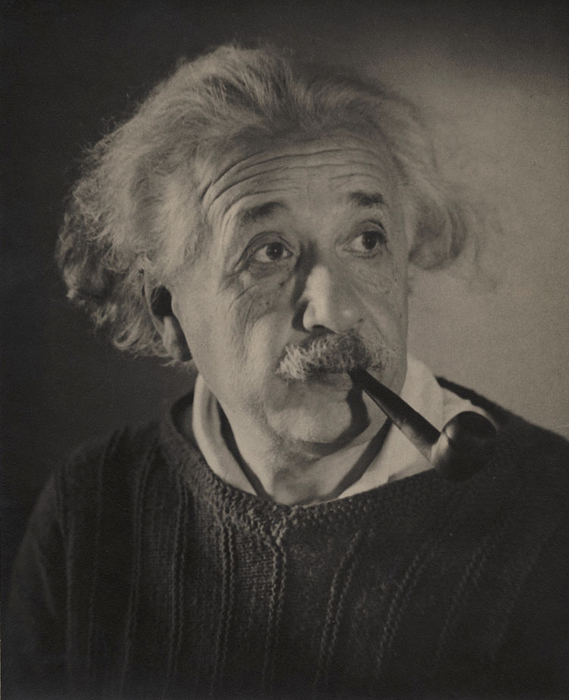 Hoping to establish himself as a portrait photographer by creating a series of images of famous Russian and German Jewish expatriates, Vishniac contacted Albert Einstein and asked to take his portrait in late 1941, shortly after he arrived with his family in the United States. The Nobel Laureate sat for a series of photographs in his office at the Institute for Advanced Study while smoking a pipe, writing at his desk, having his portrait painted, and working on equations on the blackboard. The portraits, which Einstein later declared among his favorites, have been widely reproduced and were published as a portfolio in the 1970s.

Feedback Accession No. MVK.1058.2008
This website stores cookies on your computer. These cookies are used to collect information about how you interact with our website and allow us to remember you. We use this information in order to improve and customize your browsing experience and for analytics and metrics about our visitors both on this website and other media. To find out more about the cookies we use, see our Privacy Policy.
I Accept I Decline