Town Hall: Freedom of Speech | International Center of Photography
Join our mailing list
Stay updated on our latest news.
exhibition
Close Enough: New Perspectives from 12 Women Photographers of Magnum
exhibition
Death in the Making: Reexamining the Iconic Spanish Civil War Photobook
Shop Become a Member Support ICP Subscribe Login
Feedback
Please explain how we can improve this archived object.
View Details
View Details
Processed
Thanks for submitting your feedback. Our team will review it as soon as possible, and we appreciate your contribution.
Okay

This fall, in the months leading up to the 2016 Presidential Election, For Freedoms—the first artist-run super PAC—will present a series of four Town Hall–style meetings in Los Angeles and New York. Each one organized around one of Franklin D. Roosevelt’s four freedoms—freedom of worship, freedom from want, freedom from fear, and freedom of speech. These gatherings aim to inspire deeper civic engagement among citizens at a critical moment in our nation’s history. Exploring the significance of these freedoms through a myriad of ideological perspectives, the meetings will function as both public forums for debate and safe spaces where divergent viewpoints can co-exist—even if only temporarily.

The Freedom of Speech panel at ICP will be moderated by Hank Willis Thomas and Eric Gottesman, and paneled by community members, civic and business leaders, and elected officials to discuss a wide-range of issues that are not only shaping today’s national conversation, but also affecting the everyday lives of people.

During the Town Hall, participating panelists will respond to prompts and topics posed by the moderator, who will then open the discussion to audience participation. 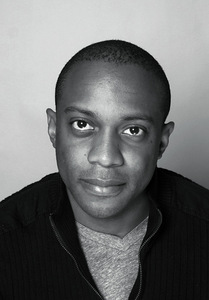 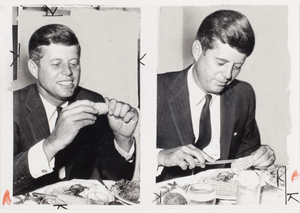 Unidentified [John F. Kennedy on the campaign trail with...
This website stores cookies on your computer. These cookies are used to collect information about how you interact with our website and allow us to remember you. We use this information in order to improve and customize your browsing experience and for analytics and metrics about our visitors both on this website and other media. To find out more about the cookies we use, see our Privacy Policy.
I Accept I Decline