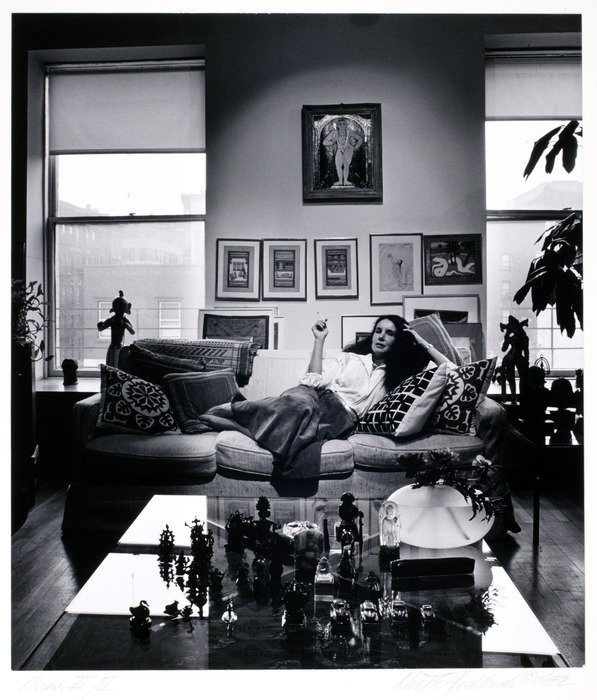 Mary Ellen Mark was born in Philadelphia and earned a BA in painting and art history and an MA in photojournalism, both from the University of Pennsylvania. As a freelancer and in association with the Magnum photo agency from 1977 to 1982, Mark gained acclaim for her images published in magazines and books. Her best known works include studies of severely ill women at Oregon State Mental Hospital and runaway teenagers in Seattle. She also worked in India for many years, producing studies of Mother Teresa, circuses, and brothels in Bombay. Mark is a contributing photographer to The New Yorker and has published photographs in LIFE, The New York Times Magazine, Rolling Stone and Vanity Fair. She has published seventeen books including Passport (1974); Ward 81 (1979); Falkland Road (1981); Mother Teresa's Mission of Charity in Calcutta (1985); The Photo Essay: Photographers at Work (a Smithsonian series); Streetwise (1992); Mary Ellen Mark: 25 Years (1991); Indian Circus (1993); Portraits (1997); A Cry for Help (1996); Mary Ellen Mark: American Odyssey (1999); Mary Ellen Mark 55 (2001); Mary Ellen Mark (2002); Twins (2003); Exposure (2005); Extraordinary Child (2007); and Seen Behind the Scene (2009). Mark also is a unit photographer on movie sets, shooting production stills for such films as Apocalypse Now and the Coen Brothers’ True Grit. She is also part of the faculty of the International Center of Photography.
Mark has been presented with the Cornell Capa Award (2001) and an Infinity Award (1997) from the International Center of Photography, an Erna & Victor Hasselblad Foundation grant (1997), and a John Simon Guggenheim fellowship (1994). Her works are held by institutions including the J. Paul Getty Museum; the Museum of Fine Arts, Houston; the Philadelphia Museum of Art, and the Whitney Museum of American Art.
Mary O'Donnell Hulme
© Mary Ellen Mark
All photographs are copyright by Mary Ellen Mark.
For reproduction requests or more information pleaase visit MaryEllenMark.com
Mary Ellen Mark Library
37 Greene Street, 4th floor
New York, NY 10013
[email protected]