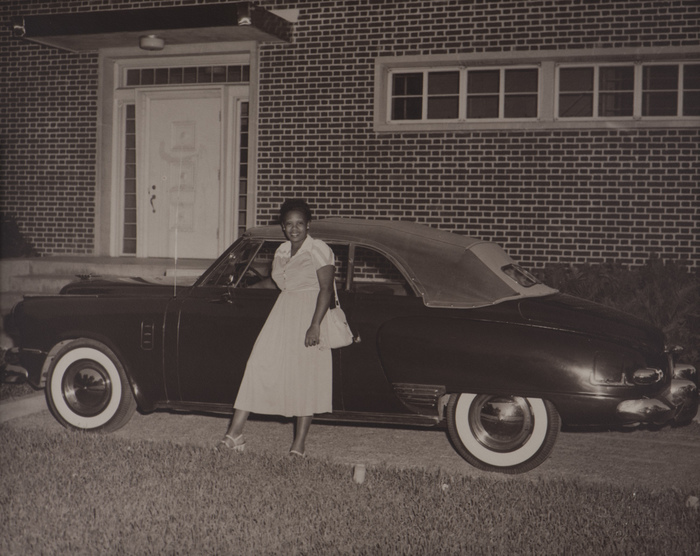 Louise O. Martin, Houston, Texas professional photographer, was born January 9, 1911 in Brenham, Texas. She was raised in Brenham by her parents, Barbara Harris and Vender Martin Harris, and in about 1930 moved to Houston with her mother. She attended high school in Houston and then the Art Institute of Chicago and Denver University, where she studied art and photography. She graduated from Denver University with a degree in photography.
During the Second World War she did freelance photography and was married briefly. In 1946 she opened Louise Martin Art Studios, which she operated until her retirement in the early 1990s. Louise Martin died in 1995.
During her career, Martin photographed Houston African American society and visiting celebrities and made standard portraits. By her own estimate, perhaps three-fourths of her clientele were women. She also shot news assignments for the black-owned Houston newspapers The Informer and the Forward Times.
Louise Martin was a member of Gamma Phi Delta professional women’s sorority. An oral history with Martin and examples of her work appear in Portraits of Community: African American Photography in Texas (Austin: Texas State Historical Association, 1996). Other holdings of her work can be found in the Houston Metropolitan Research Center, Houston Public Library.

Listen to interview with Louise Martin.