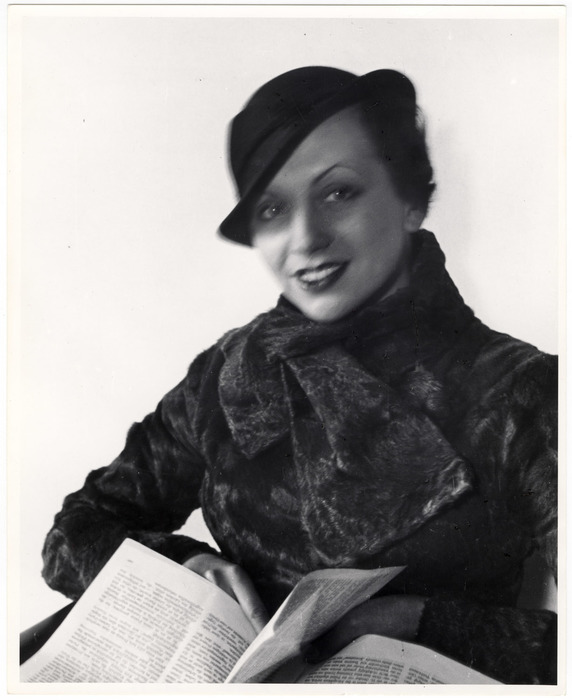 Gerda Taro was born in Stuttgart and educated in Leipzig. She left Germany for Paris in 1933 when Hitler became chancellor, and the next year, met Robert Capa. They became lovers, and as she promoted and captioned Capa's photographs, he taught her photographic technique. When the Spanish Civil War broke out in 1936, they covered it as a team on assignment for Vu magazine. Siding with the Popular Front, they concentrated on the activities of Loyalist troops attempting to defeat the Nationalist army. By 1937, Capa had become famous for his documentation of the war, and Taro had emerged as an independent photojournalist in her own right. She and Capa covered several aspects of the war that year together, including the plight of Spanish refugees in Almeria and Murcia. By the summer, Taro was confident enough to make photographic excursions alone. While covering the Republican offensive in Brunete in July 1937, she was crushed by a Loyalist tank in the confusion of retreat, and died several days later. Although Taro's photographs of the Spanish Civil War have been overshadowed by those of Capa and other photographers, her pictures are effective portrayals of individuals at war. Their graphic simplicity and emotional power make her small body of work a memorable chronicle of a complex war.
Lisa Hostetler
Handy et al. Reflections in a Glass Eye: Works from the International Center of Photography Collection, New York: Bulfinch Press in association with the International Center of Photography, 1999, p. 229.
Archived Items
Sort by
No results found.
Try another search or browse ICP.
View More
This website stores cookies on your computer. These cookies are used to collect information about how you interact with our website and allow us to remember you. We use this information in order to improve and customize your browsing experience and for analytics and metrics about our visitors both on this website and other media. To find out more about the cookies we use, see our Privacy Policy.
I Accept I Decline