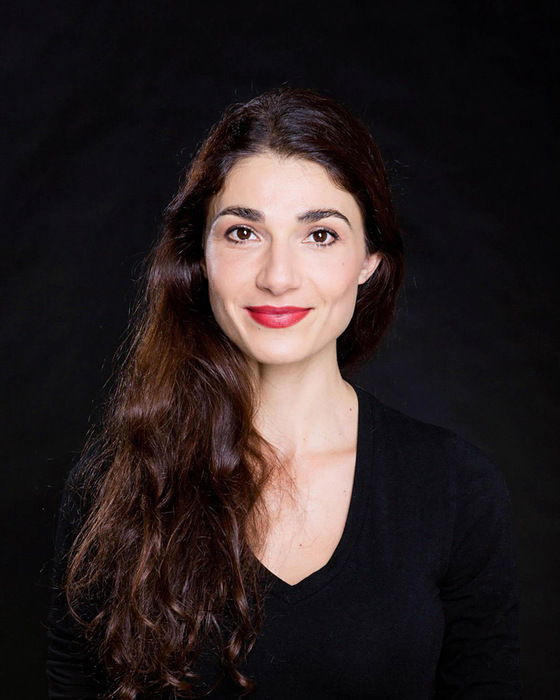 Elinor Carucci was born in Israel in 1971. After serving two years in the Israeli Army in 1989-1991, she earned a B.F.A. at Bezalel Academy of Arts and Design in 1995. Carucci began experimenting with photography at an early age and she has often used herself and those closest to her as subjects for her work. Major bodies of work include Closer and Crisis, both centered around her relationship with her husband, Eran. In exploring notions of identity, Carucci often uses her own body, epitomized by her 2011 series Born, exposing the intimate process of childbirth.
Carucci’s work has been exhibited widely, with solo shows at the Hafia Museum of Contemporary Art in Israel, The Photographers’ Gallery in London, and Fotographie Forum in Frankfurt. Her photographs are included in public collections such as the Museum of Modern Art, the Brooklyn Museum, the International Center of Photography, the Jewish Museum, and the Museum of Fine Arts, Houston. Carucci is a recipient of numerous awards including the ICP Infinity Award (2001) and a Guggenheim Fellowship (2002). Publications include Closer (Chronicle Books, 2002) and Diary of a Dancer (SteidlMack, 2008). Her third monograph, Mother, documents nine years of her motherhood project. Her work has also appeared in the New York Times Magazine, the New Yorker, Details, New York, W, Aperture, and ARTnews.
Carucci teaches at the International Center of Photography and within the graduate program at School of Visual Arts in New York.
She is represented by Edwynn Houk Gallery.
Rose Mathies