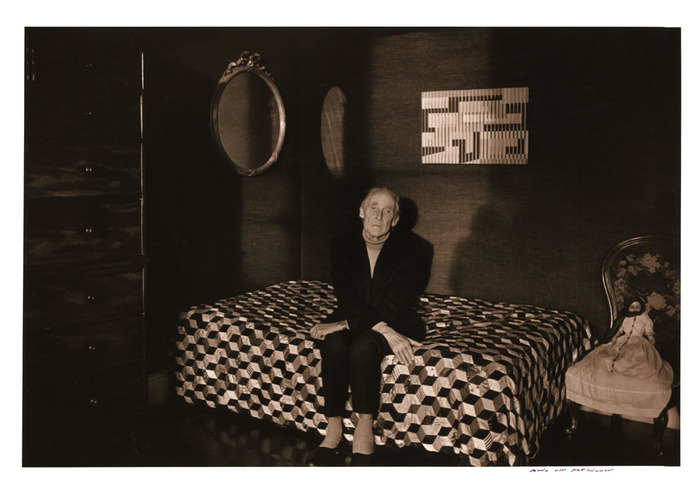 Born in Hamburg, Bill Brandt was Man Ray's studio assistant in Paris in 1929 before settling in England in 1931. He worked as a freelance documentary photographer for Weekly Illustrated, Picture Post, Lilliput, and other British periodicals. During World War II, he photographed air raid shelters for the Ministry of Information and documented endangered buildings for the National Buildings Record. In 1943 he accepted portrait and fashion assignments from Harper's Bazaar, thus producing fewer documentary surveys. Brandt published several books of photographs throughout his career, beginning with The English at Home (1936), A Night in London (1938), and Camera in London (1948). In the postwar years, his work became increasingly abstract, as he experimented with a wide-angle lens and made Surrealist-inspired photographs of nudes outdoors. Brandt was included in many exhibitions during his lifetime, at, among others, the Museum of Modern Art, the George Eastman House, the National Centre of Photography in England, and ICP.
Testimony to Bill Brandt's skill and versatility is his ability to maintain his status as a major photographer despite frequent changes in style. His nudes of the 1950s and 1960s have become as widely recognized as his documentary work from the 1930s. Toward the end of his career, Brandt encouraged the perception of his photographs as a single aesthetic investigation: the prints he made for his 1966 book Shadow of Light, for instance, showed such a high degree of contrast that even his early documentary images approached abstract patterns of black and white, as if to suggest that his photography had always pursued the same formal principles.
Lisa Hostetler
Handy et al. Reflections in a Glass Eye: Works from the International Center of Photography Collection, New York: Bulfinch Press in association with the International Center of Photography, 1999, p. 209.
Archived Items
Sort by
No results found.
Try another search or browse ICP.
View More
This website stores cookies on your computer. These cookies are used to collect information about how you interact with our website and allow us to remember you. We use this information in order to improve and customize your browsing experience and for analytics and metrics about our visitors both on this website and other media. To find out more about the cookies we use, see our Privacy Policy.
I Accept I Decline