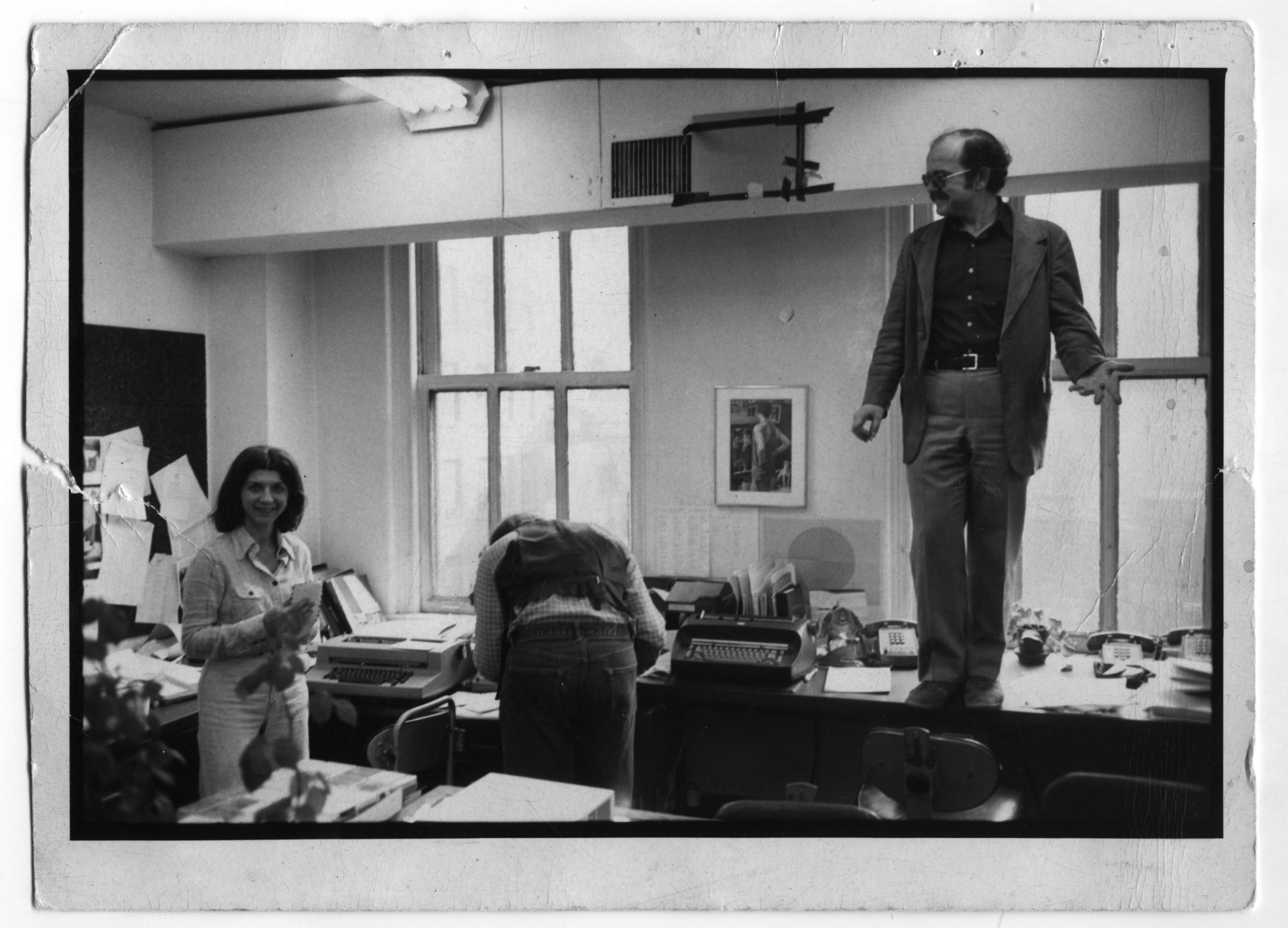 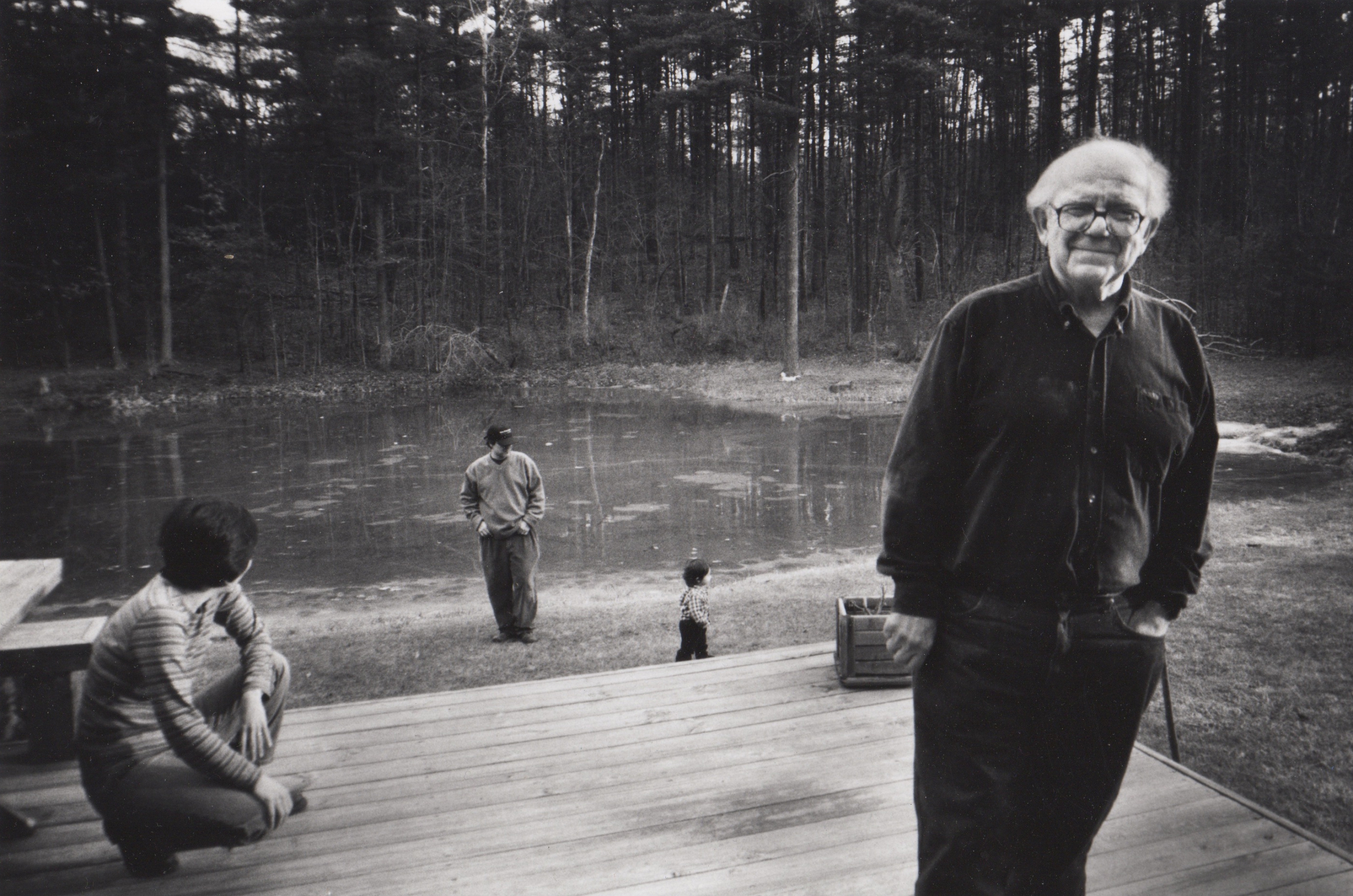 In his last workshop, in Sewanee, Tennessee, Charlie Harbutt was faced with a young student who talked more than listened. He finally told him, "You get one sentence, and it must have a noun, a verb and a prepositional phrase." The student replied, "But what if I have more to say?" Charlie shot back, "There's your sentence!"

A friend in Sewanee and I laughed at this story, because it was vintage Charlie. He cared more about images than describing them in words. He was direct, commanded respect, and very funny.

In the summer of 1974, I was a student of Charlie's, in a workshop at Apeiron in Millerton, New York. I remember one moment from that time above all others. Charlie and I were sitting with other students in a bar watching Nixon resign on TV. I took a picture of the screen and used it in my final presentation. Charlie's affirmation of that photograph set the example of how I wanted to live my life, by responding to the moment with photography.

Charlie was smart but accessible. I wanted the life he led, and he helped me believe that I could do it too. Charlie, by showing me who he was, helped me find the path to my own life as a photographer. I know he helped many of my photographer friends in the same way. Not a bad way to live.

Charlie was a brilliant photographer. He started out as a fairly traditional photojournalist, but as the 1960s wore on he tired of the place of photography in journalism and left a narrative, classical form behind. His work became mysterious, less able to be explained in words, more metaphorical, emotional. He forged a new photographic language with his friends Andre Kertesz, Gary Winogrand, and Burk Uzzle. While leaving narrative, Charlie’s work remained rooted in reality. He cleared a path for my work. I rode his wake.

Charlie had been president of Magnum twice and brought me into the organization as a nominee in 1978. Three years later, disillusioned with Magnum, he resigned and with Mary Ellen Mark, Abigail Heyman, Mark Godfrey, and Joan Liftin, founded Archive Pictures. He invited me to join them, and soon I became a partner.

Harbutt with his son, daughter in law and grandchild in Philmont, NY. Credit: Joan Liftin.

In the late 1980s, when I was president of Archive, he and I got angry with each other at our annual meeting. For the first time in our relationship, I had to challenge him. Harsh words were spoken. But that night, at our party, he came up to me and said, "Jeff, I just want you to know I still love you." I burst into tears then as I do now writing these words. The hardest part of mentoring is to allow your student to become a peer. By accepting my anger, Charlie freed me. It was his finest act of mentorship to me.

I recommended him for the workshop gig in Tennessee where he died. Charlie had been sick for some time, he had emphysema and was clearly failing. He went to bed after the final day of inspiring yet another group of fledgling photographers. He died in the night. As much as I miss him, I'm grateful he had a good death.

Charlie was my teacher, my mentor, my partner, a worthy opponent at the poker table, and through it all, my friend. Thank you, Charlie. 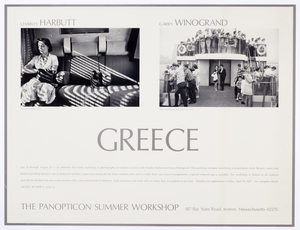 charles harbutt [Workshop poster for Panopticon Summer Work... Perspective In Memoriam: Mary Ellen Mark (1940 - 2015) Exhibition Magnum Contact Sheets Perspective Question Bridge: Black Males
This website stores cookies on your computer. These cookies are used to collect information about how you interact with our website and allow us to remember you. We use this information in order to improve and customize your browsing experience and for analytics and metrics about our visitors both on this website and other media. To find out more about the cookies we use, see our Privacy Policy.
I Accept I Decline