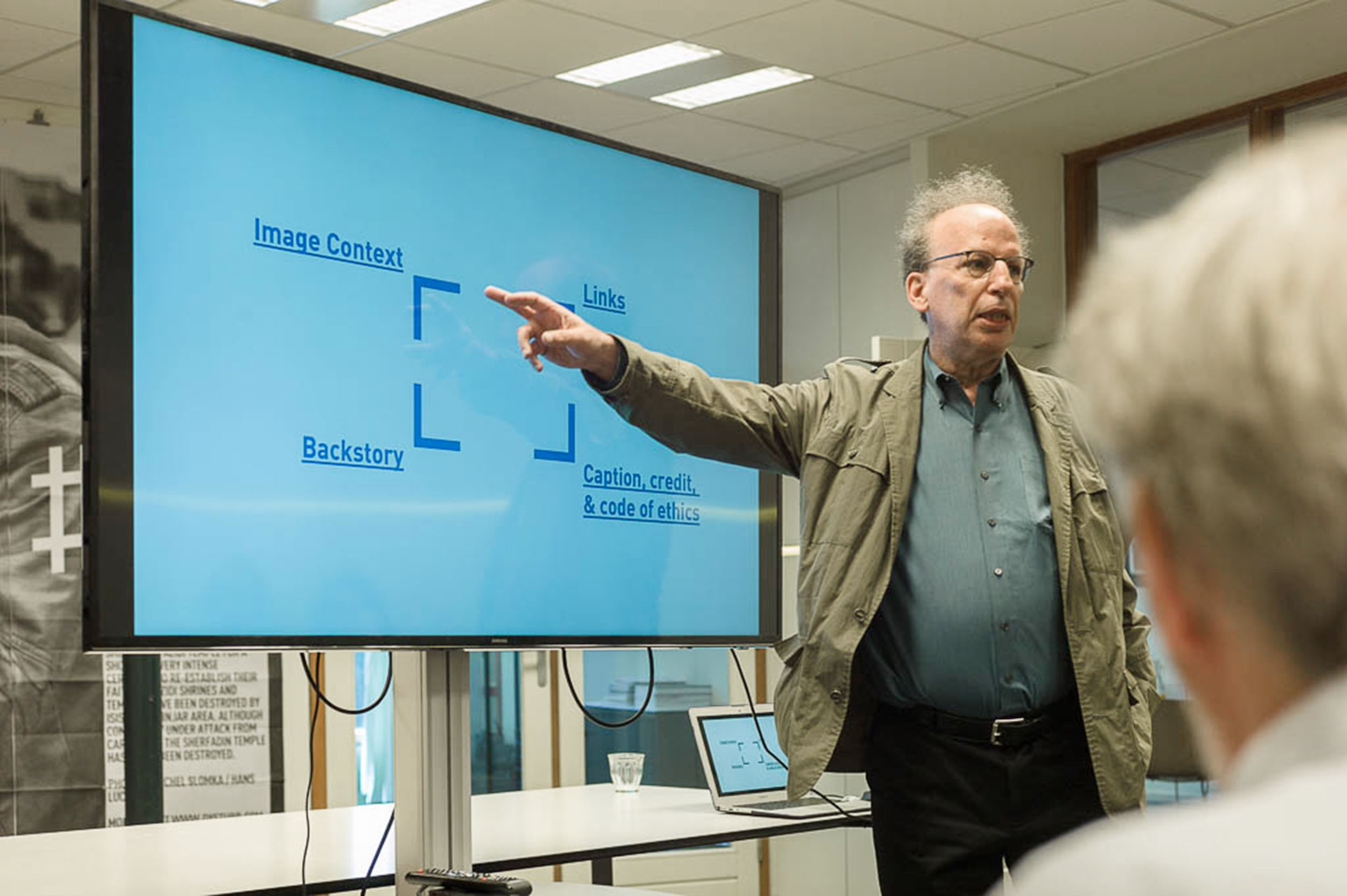 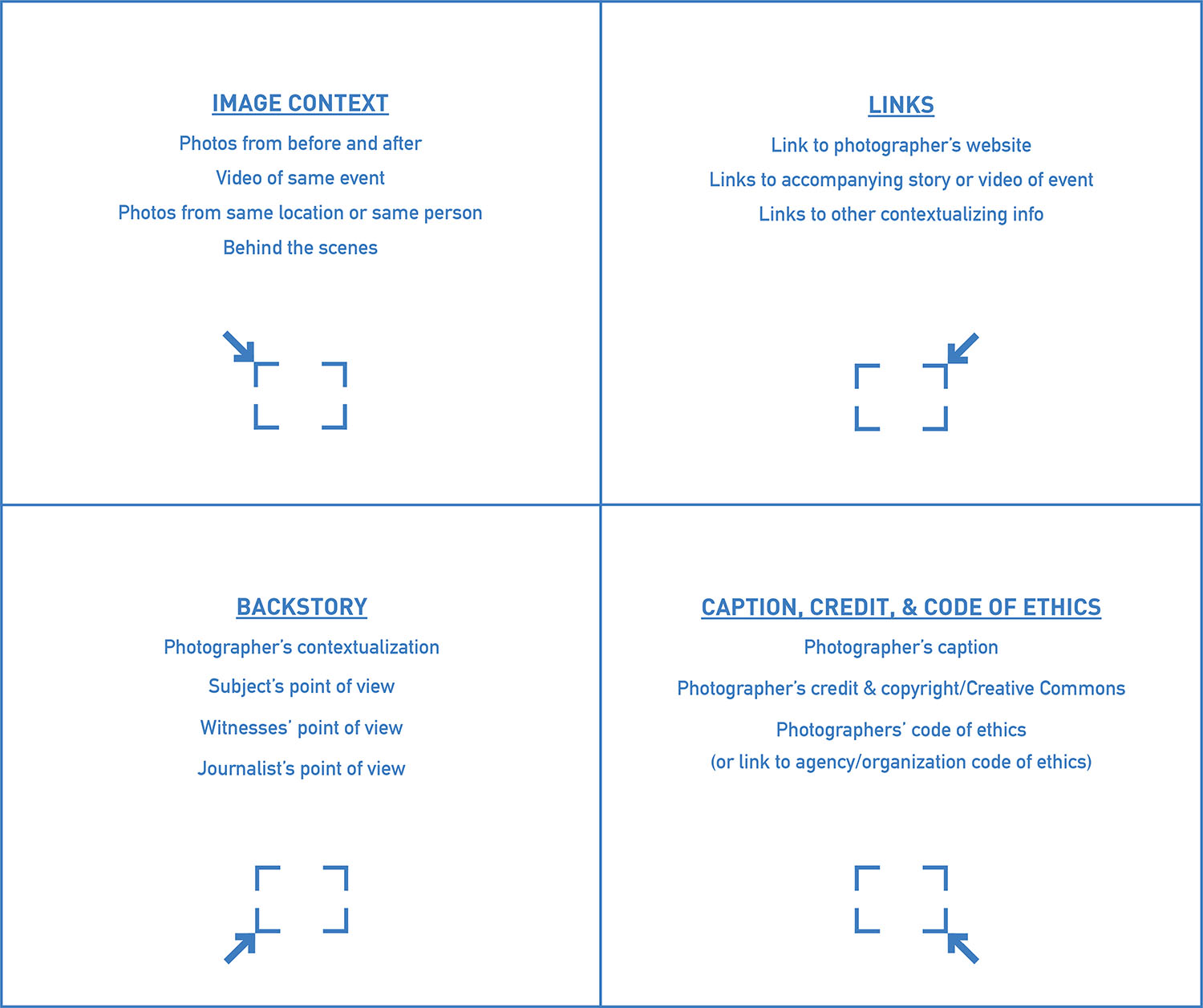 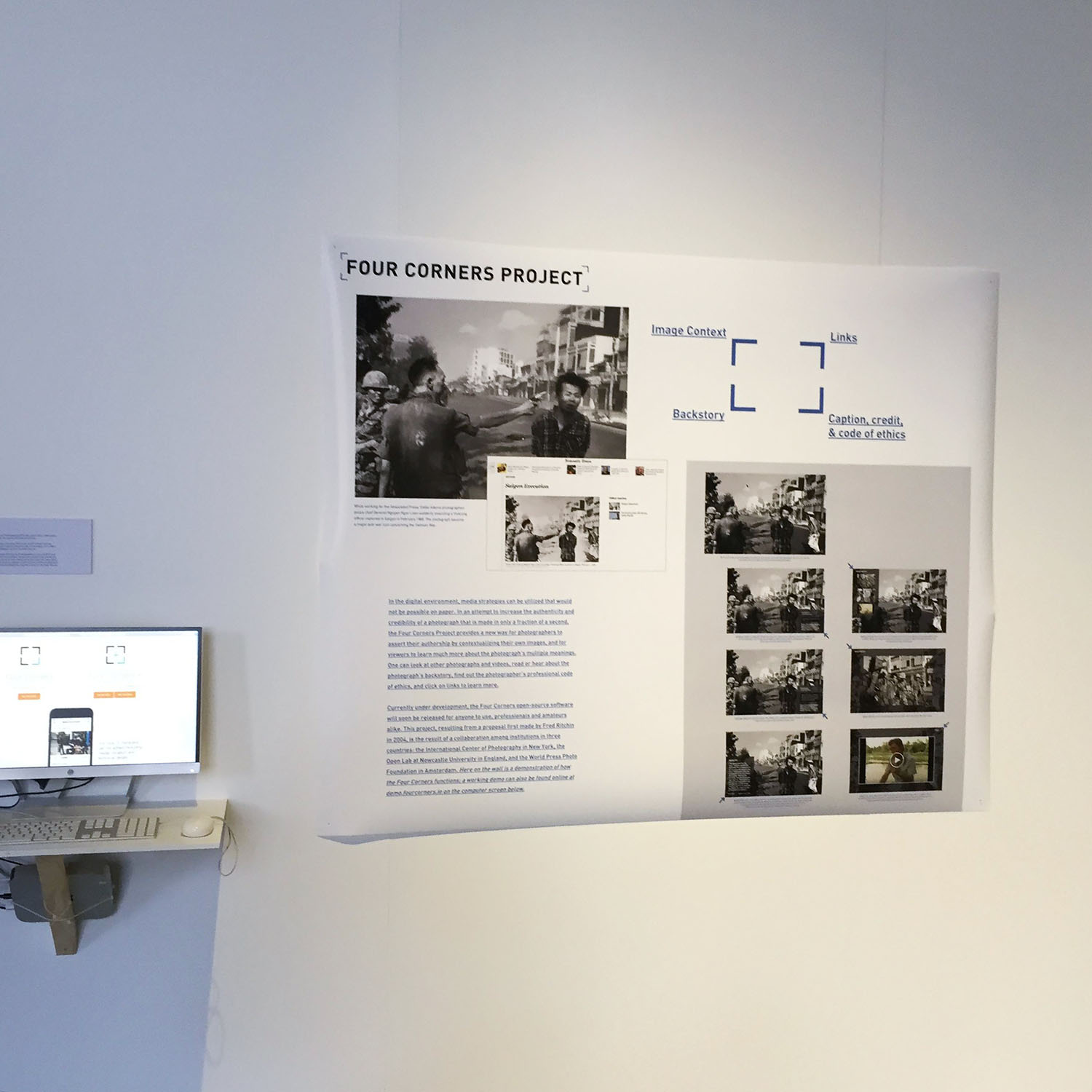 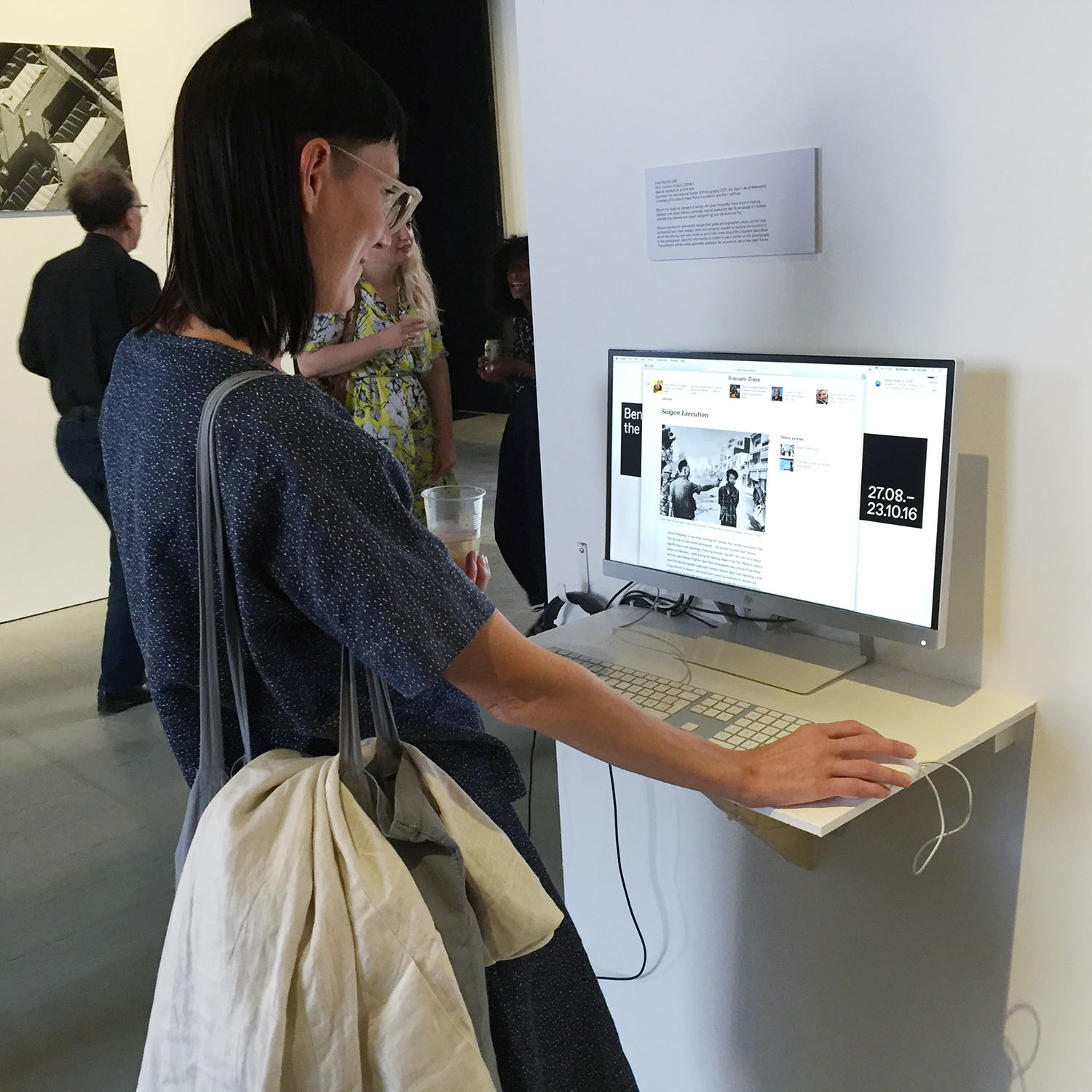 The Four Corners Project is a collaboration among the International Center of Photography (New York), the Open Lab at Newcastle University (England), and the World Press Photo Foundation (Amsterdam).

By rolling over on each of the corners with the cursor, the interested reader is available to find out more about what is referenced by the photograph—the Backstory (context provided by the photographer, the subject, a witness, etc.), the Image Context (photographs made before and after, a video of the scene, a comparative image, etc.), Links (clickable articles, videos, maps, etc., that add more information), and the Caption/Credit/Code of Ethics (the photographer’s own caption, credit, copyright, and code of ethics—the first time in history that a reader will be able to immediately know whether a photographer does or does not manipulate the image with software, sets up photographs, etc.). There will also be provisions made for the reader to potentially add insights and ideas as part of a conversation that emerges around the photograph, and perhaps even other images, through a wiki-like addendum.

The idea for the Four Corners Project was originally presented at World Press Photo Foundation in 2004 when Ritchin gave the Sem Presser keynote lecture in Amsterdam. Now that it is being implemented, this is the first major advance in contextualizing the photograph since the caption. World Press Photo is considering requiring the use of Four Corners for at least one of its award categories in the near future, and is planning to teach its use at this year’s annual Masterclass in Holland for a group of promising young photographers. Several educational organizations have already asked to teach it. Many media outlets have expressed interest, including news publications and humanitarian organizations.

The Four Corners project currently on display at Fotografisk Center, Copenhagen, as part of the exhibition Bending the Frame.

Representatives of these various outlets have to be individually shown how the Four Corners works, with the idea being that at the end of these conversations any remaining issues are resolved and a media standard is developed. These conversations will be both private and public, at ICP, at World Press Photo Foundation, and elsewhere.

Once an agreement is reached by a group of major players, the Four Corners software will be completed at the Open Lab in Newcastle, England within the next two months. Also, a larger symposium will be held at ICP discussing the Four Corners Project as part of a conversation on the future of visual journalism and documentary imaging.

For a live demo of the software’s possibilities, visit: demo.fourcorners.io

For updates on the project, email: fourcorners@icp.org