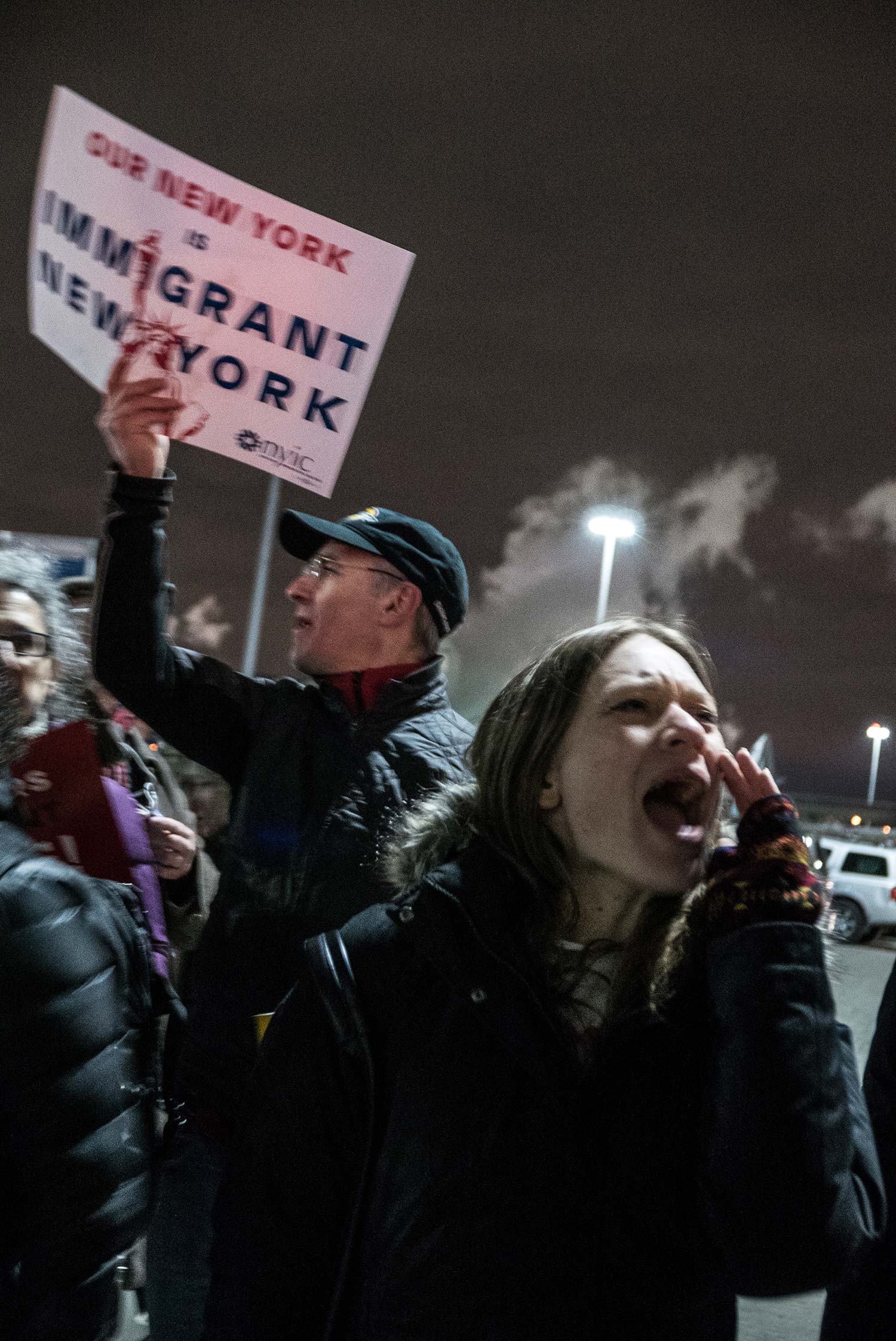 Ken Schles, Amr Alfiqy, and ICP Alumni Respond to the Climate March and the First 100 Days of the Trump Presidency

Ken Schles, Amr Alfiqy, and ICP alumni have submitted photographs documenting the numerous protests organized in response to various policies enacted during the first 100 days of President Trump’s administration. These photographs are also accompanied by more personal responses to the political and social upheaval felt by many since Trump's inauguration.

Born in Brooklyn, New York in 1960, Ken Schles studied photography at Cooper Union. He is the author of five monographs: Invisible City, The Geometry of Innocence, A New History of Photography: The World Outside and the Pictures In Our Heads, Oculus, and Night Walk. His work can be found in numerous museum collections, including the Museum of Modern Art, the Metropolitan Museum of Art, and the Rijksmuseum in the Netherlands. In 2016 he was nominated for the Deutsche Börse Prize.

Amr Alfiqy is an Egyptian documentary photographer and filmmaker based in New York City. He became interested in photography after the 2011 Egyptian revolution. In 2013, he co-founded one of the prominent visual arts studios in Egypt—Janaklees for Visual Arts. He moved to the US in 2014 due to conflict and the ongoing crackdown on activists and photojournalists. He then began documenting the lives of immigrants around him, with a concentration on Muslim and the post-Arab-Spring communities in America. In October 2016, Alfiqy published the first chapter of his long-term project, “Northern Lights,” in the New York Times’ Lens blog.