The Imaginative Leaps of Kalup Linzy | International Center of Photography
Join our mailing list
Stay updated on our latest news.
exhibition
But Still, It Turns: Recent Photography from the World
News
Engage with ICP from Anywhere
News
We Need Your Support
exhibition
#ICPConcerned: Global Images for Global Crisis
event
ICP Talks: Cheriss May on Documenting Democracy
event
ICP Talks: Mari Katayama on “Myself and the Others: Self-Portraits and this World”
Shop Become a Member Support ICP Subscribe Login
The ICP museum is currently closed and we will reopen to the public on 9/24. Learn More
View Details
View Details 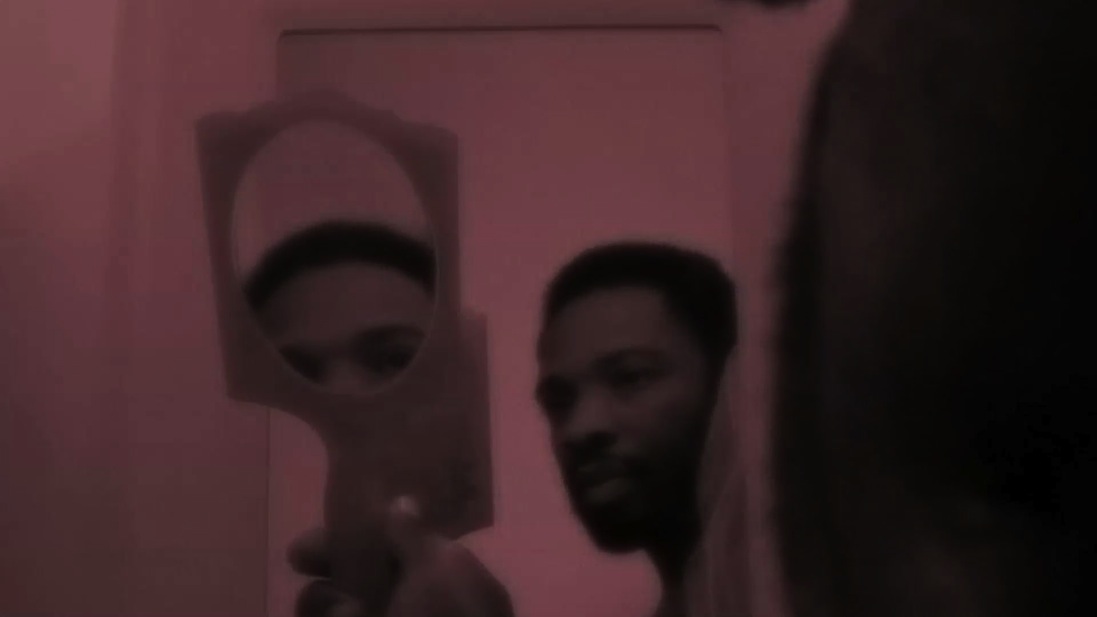 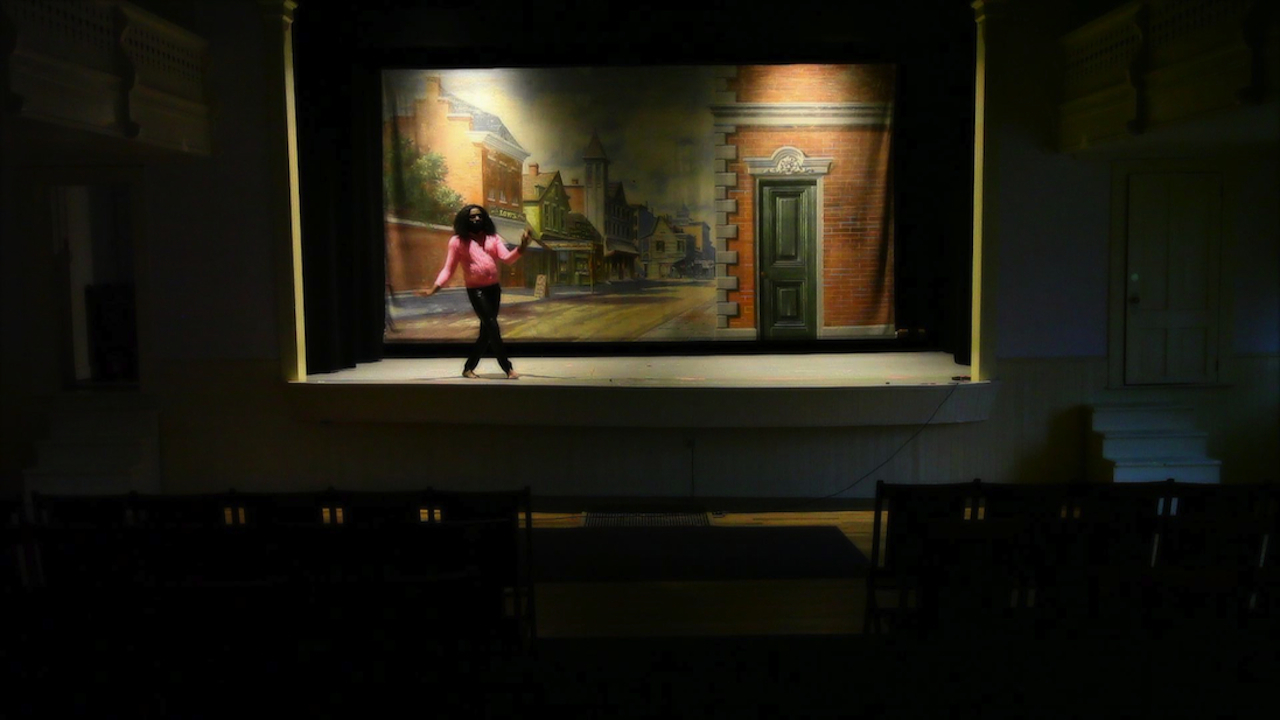 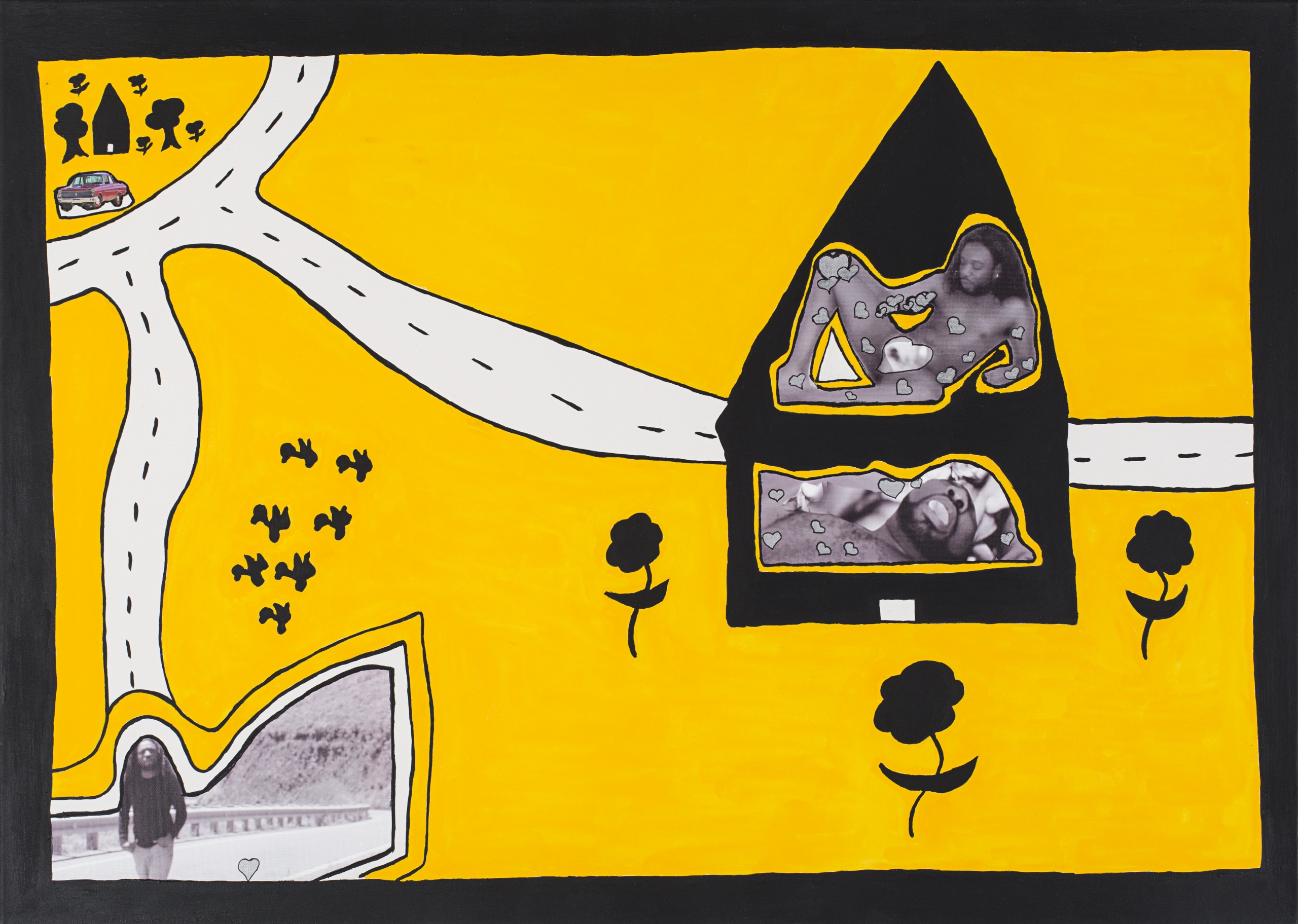 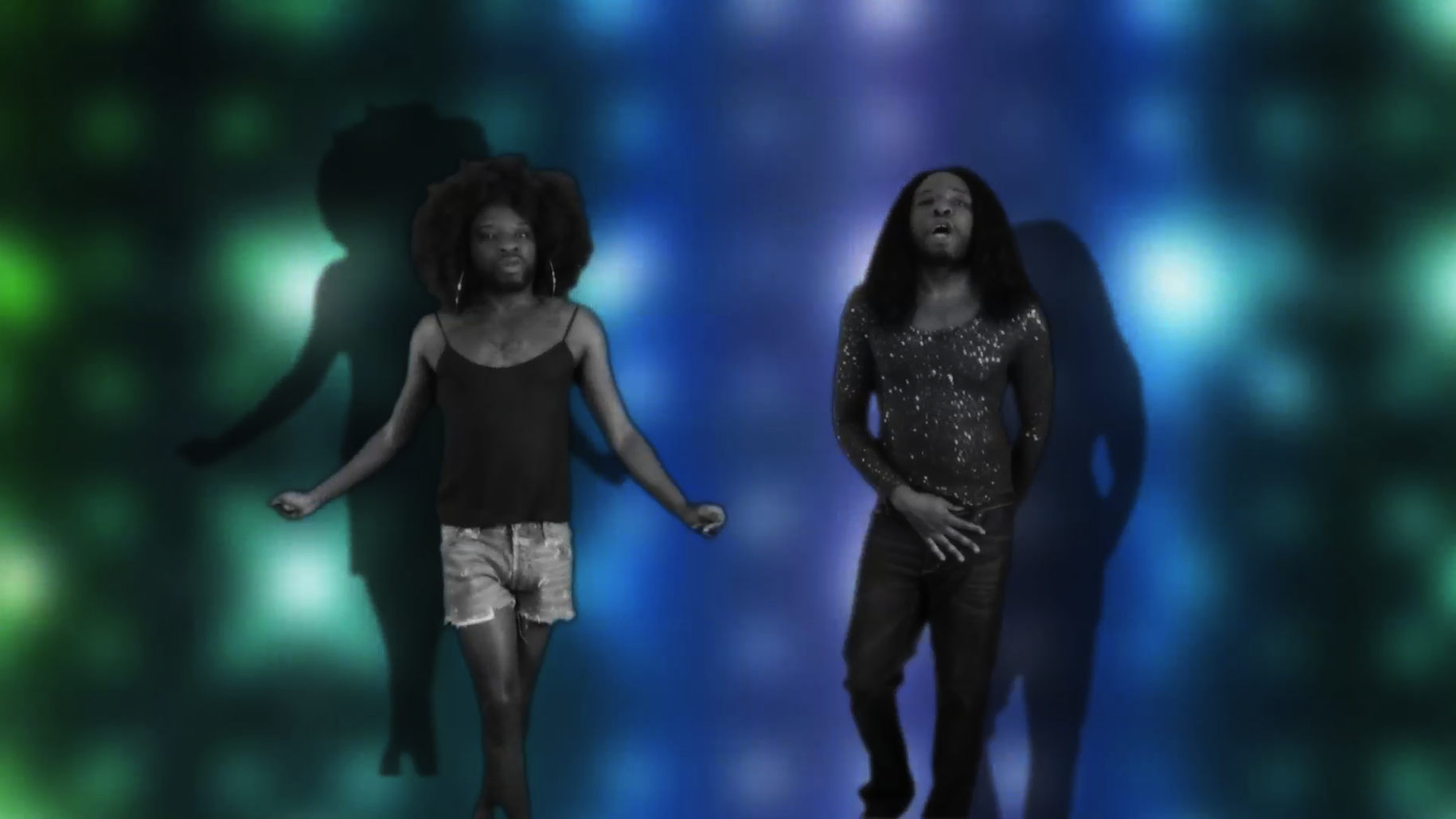 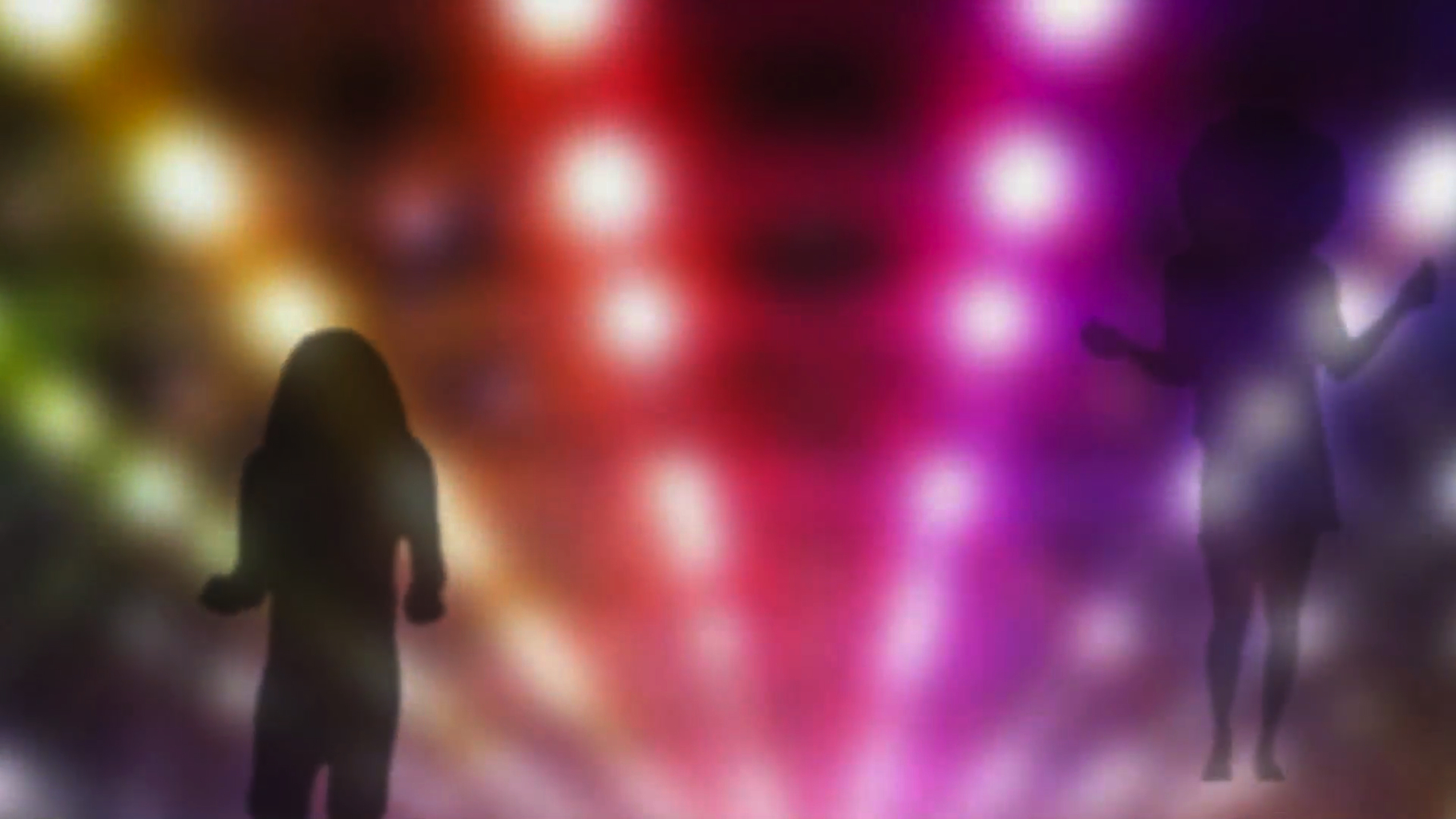 The Imaginative Leaps of Kalup Linzy

I’m predisposed to enjoy Kalup Linzy’s work. As a reader of Fernando Pessoa, whose 81 heteronyms chart myriad imaginative connections, viewing Linzy's constellation of characters feels like entering a new literary world. Yet, it’s Linzy’s subtle but radical use of technology as a tool of, and for, emotion, that directs the viewer experience.

A performance artist working with video and photography for more than 15 years, Linzy uses cultural references that are rooted in the tropes of daytime soap operas, pop culture, music, and comedy. Linzy writes, composes, performs, edits, and produces each work, embodying both the generator and the generated, the original and subsequent “artist’s proof” editions of various states of personality. While video collages amplify the emotional content, Linzy uses photography to insert contemporary visual culture into the storylines.

A recent solo show at Garis and Hahn presented an opportunity to see Linzy in the dual roles of seasoned performer and vulnerable artist. In one sequence of Video Suite 1, we see Linzy hesitantly crossing river rapids, then slipping and struggling for breath, for solid ground where there isn’t any. The unscripted physical panic and awareness of the camera introduce an unexpected absence of “character,” a moment in which the only priority is overcoming the primal drama of fear.

Linzy’s production values have steadily increased in sophistication without losing their low-fi grit and expedient bursts of queer affirmation. Decidedly anti-polished in a 4K-crazed video era, Linzy discards realism to confound a sense of time, despite relying on the stability of seriality to present how characters are connected. So often the experience is grounded in the time of day, or an event, rather than in a decade. But when we do think we’re entering an era via a kaleidoscope of color and a stylized outfit, the character begins swaying and lip synching to a song that could really only be mixed that way now.

While disorienting a perception of time, this technique also amplifies a dynamic fluidity of gender. Linzy’s performances demonstrate a wide range of gender fluidity with each character, making obvious the many reiterations a self must cycle through, in the process of realizing our potential. Whereas traditional Western drama is grounded on the separation of the actor from the chorus (which functioned as a conscience and intermediary), Linzy is both orator and director of a distinctly modern chorus where personal drama, sexuality, and imagination all reflect the parallel realities of spiritualities on the margin.

Patricia Silva: The first image we see in the show is of a biracial couple, Sweet Liberty. Why did you want to begin the show with this image?

Kalup Linzy: I felt in this image that I was stripped naked, no costume, no outfit—vulnerable in my natural state with the Statue of Liberty to back it up.

PS: Are the prints in the gallery related to ancestry? Or are they a new form for the characters you bring to life with your work?

Kaye Covers Asshole is a print of the character Kaye posing with the sheet music to Asshole that I performed as Taiwan.

Longing, Love, and Pussy and A Date, Lover, and a Potential Husband are collaged images taken from Romantic Loner, which features Kaye and his journey through love.

Jimmy and Lisa are Kaye's parents who appear in the web series As Da Art World Might Turn.

Lily (A Cup of Tea) features Lily from Keys To Our Heart, who is Kaye's grandmother's aunt, which makes her Kaye’s great great aunt.

PS: What is it like to have your family deconstruct so much of what you do? How does this play out in your work?

KL: Early on, they would deconstruct my work during family screenings and gatherings. They would mostly discuss who I resembled and what character identifies with who the most. I would laugh about it, but try to keep everything mostly general . . . for the sake of the work not being reinterpreted as one of my family member's story being retold.

If my family still deconstructs my videos, they never really do it in my presence. I'm not sure if most of them follow my work as some of them did in the beginning.

PS: Does the title of the exhibition suggest an economic critique of the labor of art making?

KL: The title comes from the fact that many of the characters featured are creative types. I don't know if this body of work is an all-out critique. Early on, it was.

PS: It seems difficult to sell video art, especially video art that does not cater to a white, male heteronormative audience. Paintings, objects, and photographs reliably sell for sizeable sums, but art videos haven’t received that level of market recognition. Has that been your experience?

KL: There have been moments in my career where my videos have sold very well. Other moments, it has been slow. Looking at my collector base and support system, I'm not sure I buy into the white heteronormative anymore. Many of the males in my videos who are white mostly identify as straight, and I have heterosexual white males who collect my works, mostly with their wives. I think my experimentation and people not always knowing what they're dealing with at first slows the sales down. I always try to create a space in my work for people to project, reflect on themselves, and possibly draw conclusions that may or may not be my intentions. People speculate and assume that so much of it are moments recreated from my real life. The truth is, I have a very active imagination.

PS: Was Video Suite 1 the starting point for the lullabies?

KL: The video on the monitor was the original Art Jobs and Lullabies. It features videos of the music that was written for the yet to be produced feature film. There is a song titled "Lullaby." Art Jobs and Lullabies (Covered and Remixed) is a visual mixtape, which include cover tunes and remixes of some of my songs.

KL: Yes, the videos are like monologues, and I think it is because I am playing all the roles except for the clip of Kaye's father and some still mistake him for me.

PS: All my Churen was made over 10 years ago. Your videos have maintained this atmosphere that is instantly recognizable—a very specific texture.

KL: I prerecord all the voices for most of my videos. I have also lip-synced to other artist’s songs on occasion. Different rooms and microphones produce different sounds. I've recorded all my vocals either in my bedroom or my studio area where I collage and film. I add filters to my voice and to the videos. My chest voice and falsetto actually require different filters—depends on the song.

The songs feel personal because I record in the space I live and work in daily, which affects my vocal performances. In terms of the pitch shifts, each character is a combination of personality and a number formula. I have to speak or sing from different parts of my voice in character. Then I figure out how they walk and move. All of this happens, after the character or song is developed or written out on paper.

For the latest videos, I did two long shot takes and then two medium takes. I wanted to keep it raw by not overperforming. 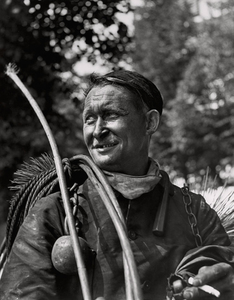 roman vishniac Chimney Sweep, Berlin
This website stores cookies on your computer. These cookies are used to collect information about how you interact with our website and allow us to remember you. We use this information in order to improve and customize your browsing experience and for analytics and metrics about our visitors both on this website and other media. To find out more about the cookies we use, see our Privacy Policy.
I Accept I Decline