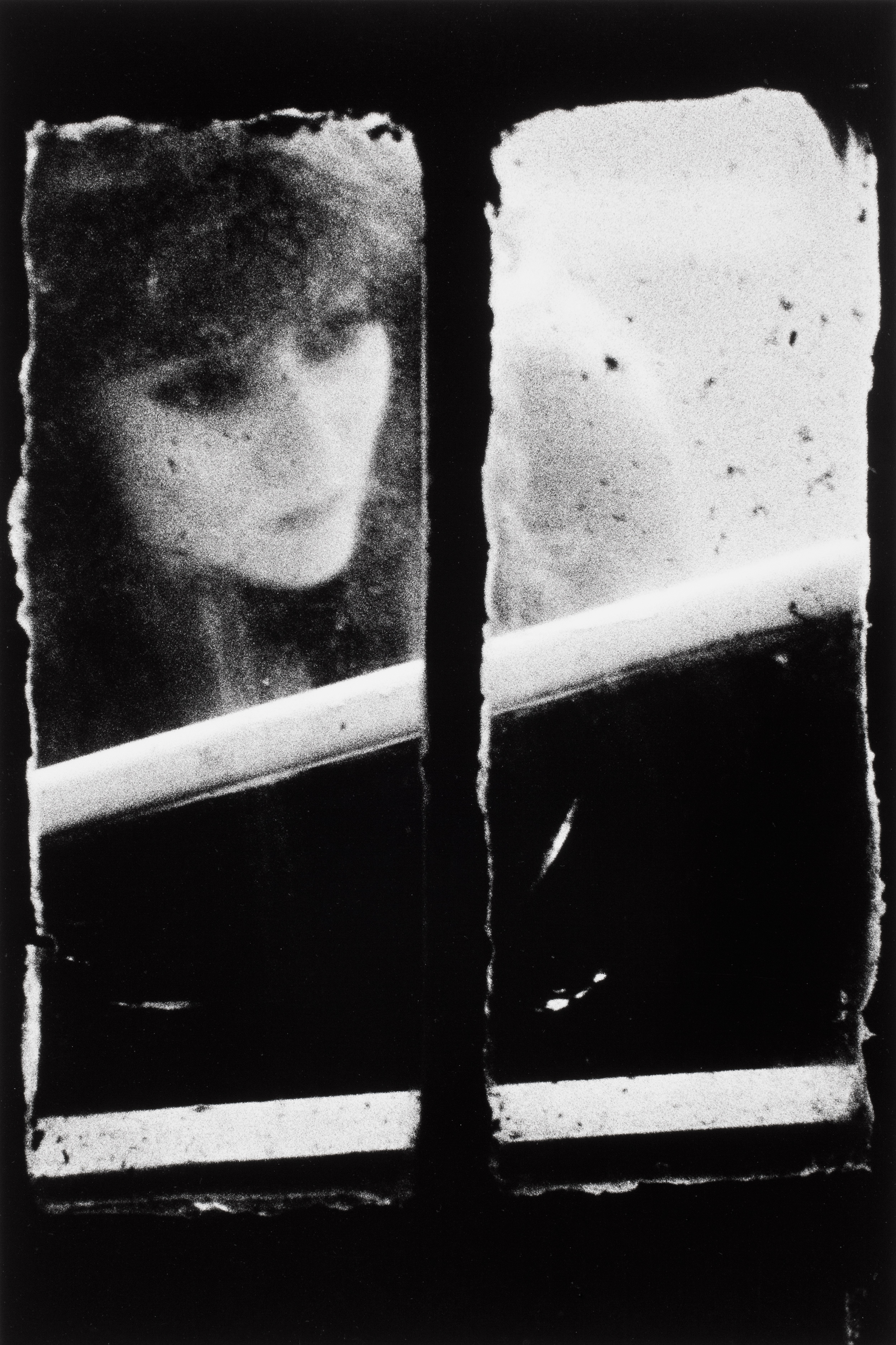 Pauline Vermare: Your Dirty Windows series (1995) is currently on view at the ICP Museum. Would you tell us more about the story behind the photographs?

Merry Alpern: The project began one night, in 1993, when a friend led me to a back room in his loft in New York City’s Wall Street district. From his window, one flight down, maybe fifteen feet away, I saw a bathroom window and felt the vibrations of a pulsing bass track. Suddenly, a body in a sparkling harness appeared, then disappeared. It turned out that a private lap-dance club had newly opened and been secreted away in the building.

I was transfixed and spent the next six months sitting in the dark, dressed in black, camera on tripod, watching the goings-on of perfect strangers. I had to use fast black-and-white film in the dim light, which gave the photos a grainy quality reminiscent of low-grade peepshow reels. What began as the desire to get a single, great picture became an obsession and even found its way into my dreams. As the project continued, a sense of paranoia set in—was anyone watching me?

During that time I had little connection to the art world, but I submitted some of the photos to the National Endowment of the Arts. Months later, I received a baffling phone call notifying me that my work had been approved for a grant that was then overturned. The caller added that I’d be reading about it in the paper the next day. Overnight, fueled by news of the NEA’s rejection, the pictures gained notoriety and took on a life of their own.

PV: Your photographs are taken from a distance, in complete secret. Did you at any point meet with members of the club, or go into the space that you photographed?

MA: One evening, a workman in the building escorted me into the club (without camera) when I expressed curiosity about the place. In the middle of a huge empty room, folding chairs surrounded a low, makeshift platform. A handful of young men in suits were in attendance and the dancers were friendly and conversational. I was surprised by the intimacy and informality of the situation. The women drifted over and teasingly invited me to join them “onstage.” I was hoping at that time to view the bathroom, but it would have required a very conspicuous walk across the space. And as the only female patron there, I felt I’d drawn enough attention to myself already.

It wasn’t until the club had disappeared—busted one night—that I was able to investigate the bathroom, my access granted by a real-estate agent. It was a minuscule powder room, hardly the Hollywood set I’d imagined all those months. I realized that the tiny proportions had aided my photos, forcing subjects to squeeze in close to the glass pane. Most surprisingly, I could see that my former perch, above and across the airshaft, was practically invisible.

PV: In your brilliant essay, “Dirty Windows,” you wrote at the time: “Finally, there’s nothing left to do but examine my motivations: Why am I sitting alone again in a darkened room, waiting to watch strangers fuck?” Did you ever find an answer to that question?

MA: Perhaps it had something to do with wanting to understand how people connected, no matter the circumstance. I was single, so within that framework the smallest details of the couples’ interactions became obsessively interesting. How and when did the money change hands? Who made the first move? Was it reciprocated? Was there a condom? A kiss?  Would they meet again? There was a soap-opera quality to it all, with recurring characters and a good measure of entertainment. After long stretches of staring at empty windows, it was an adrenaline rush when a body suddenly appeared. I felt like a trophy hunter waiting in the blind. Shooting on film, there was no sure way of knowing what I’d captured until the film was processed. It was very exciting!

PV: Some of the photographs in the series are surprisingly romantic (I am thinking of Dirty Windows #2). Some of the portraits are very melancholic. You visibly had a lot of respect for the women you photographed. How did you feel, as a woman photographer, witnessing some of these scenes?

MA: Although the notion of the “female gaze” has never really interested me, as a woman I could project some of my own experiences onto the pantomime in the window. I recognized the ruse when a dancer reached in her purse and brandished a tampon in the face of an overeager, undesirable patron. On the flip side was the anthropological experience of viewing scenes that are quite ordinary in a man’s world. It was a revelation to watch the bathroom habits of the opposite sex…

PV: You were very sensitive to not include any markers when you published your portraits, so that none of your subjects could be identified. Would you tell us about this?

MA: Faces and identifying marks such as tattoos were not included, or were digitally altered in the book Dirty Windows (1995). The publisher was worried about a lawsuit. I was hoping nobody would come looking for me. Nor did I want to compromise the identity of any of the subjects. For the safety of all concerned, it was probably a good idea!

PV: When did you become a photographer and what were your first stories?

MA: In 1977, I left college, where I was a sociology major, and headed to New York with the idea of becoming a photographer. I began working in a commercial lab as a black-and-white printer, which led to a job as a rock-and-roll photo assistant and then a position at Rolling Stone magazine. In the 1980s, I ventured out on my own as an editorial/corporate freelancer, but my personal projects on the side always provided the greatest satisfaction. The camera was my proverbial ticket to explore whatever interested me and my early subjects often focused on the city’s fringe cultures.

AJ and Jim Bob was a documentary-style series that sprang from my fascination with an Upper West Side prostitute and her companion. For two years I photographed the couple, who lived on the streets in the emergence of New York City’s crack epidemic. Pressed by a photographer friend to “do something” with the photos, I showed them to magazines and museums, applied for grants, and was surprised by the positive reception. MoMA purchased a group of the pictures and in 1989 I had my first solo show at the Camera Club of New York.

PV: What are you working on now?

MA: One project is a photo series of abandoned spaces. There is a line fragment in a poem by Amiri Baraka: “traces of dead used up.” It sticks in my head.

This interview was originally published on publicprivatesecret.org on October 26, 2016. 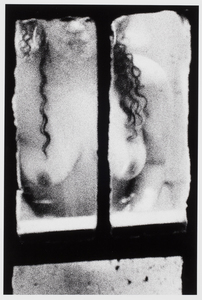 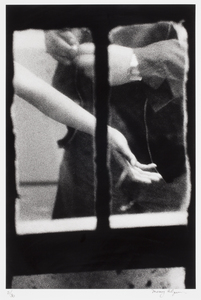 Artist Merry Alpern
This website stores cookies on your computer. These cookies are used to collect information about how you interact with our website and allow us to remember you. We use this information in order to improve and customize your browsing experience and for analytics and metrics about our visitors both on this website and other media. To find out more about the cookies we use, see our Privacy Policy.
I Accept I Decline