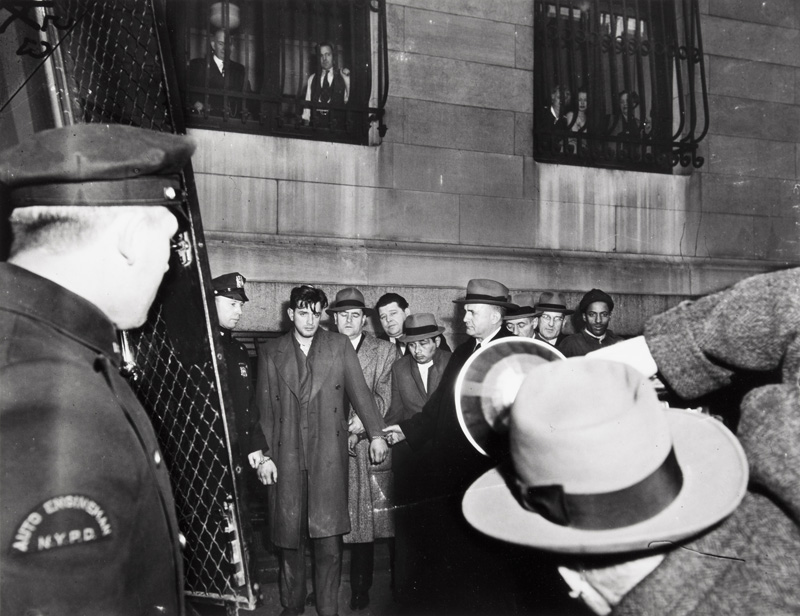 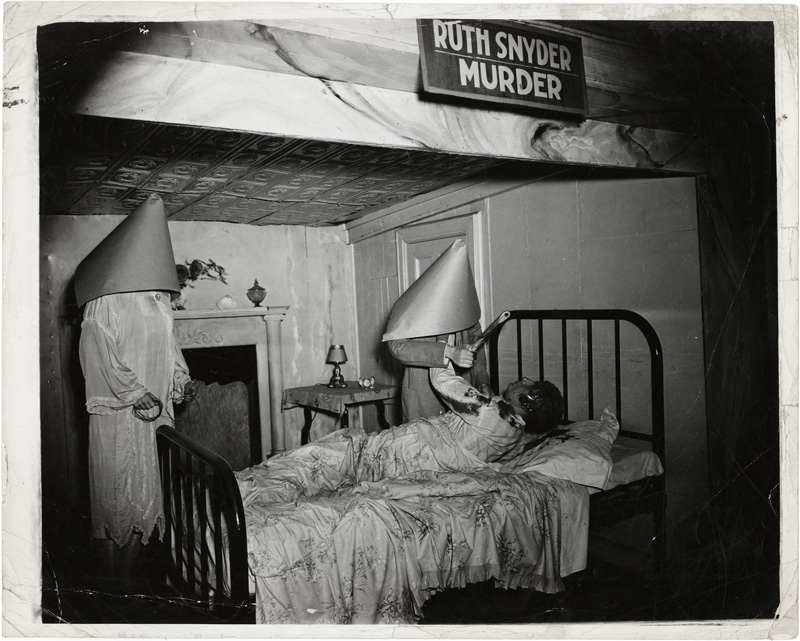 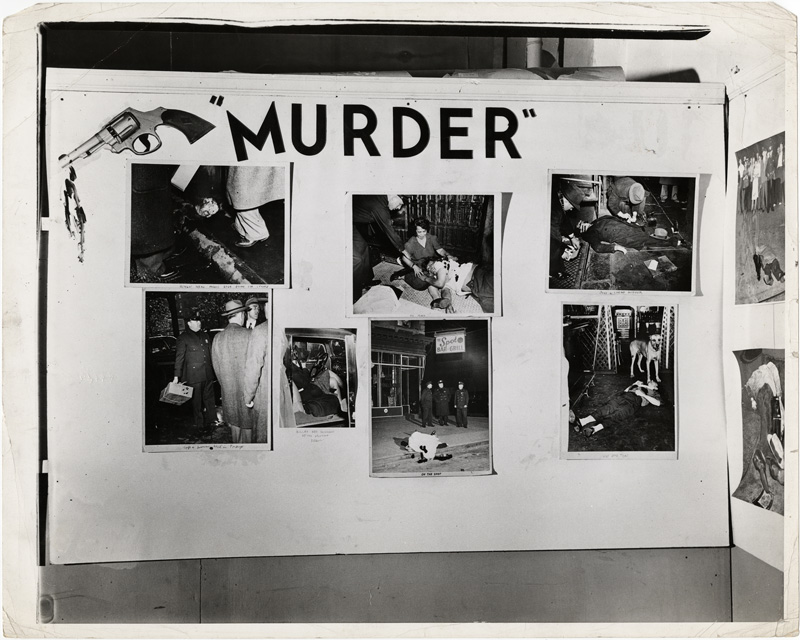 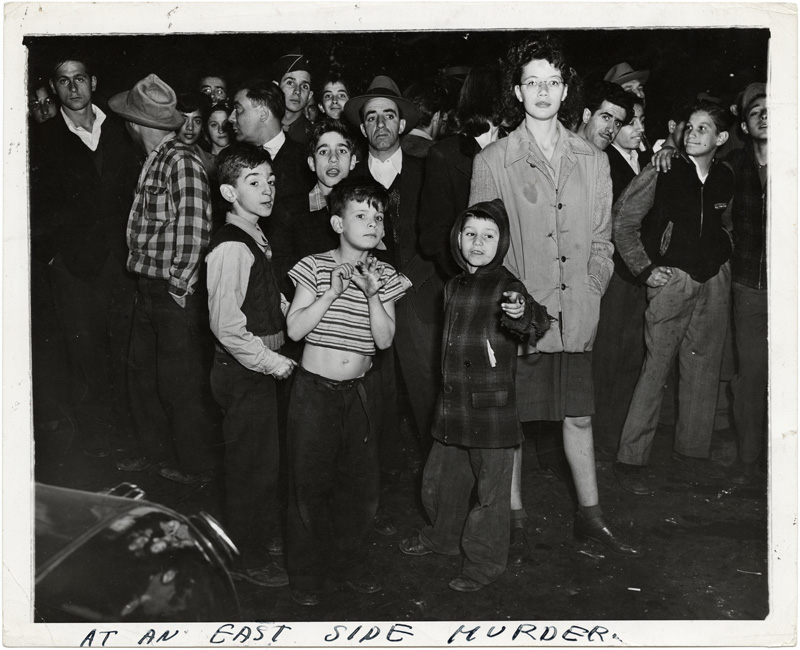 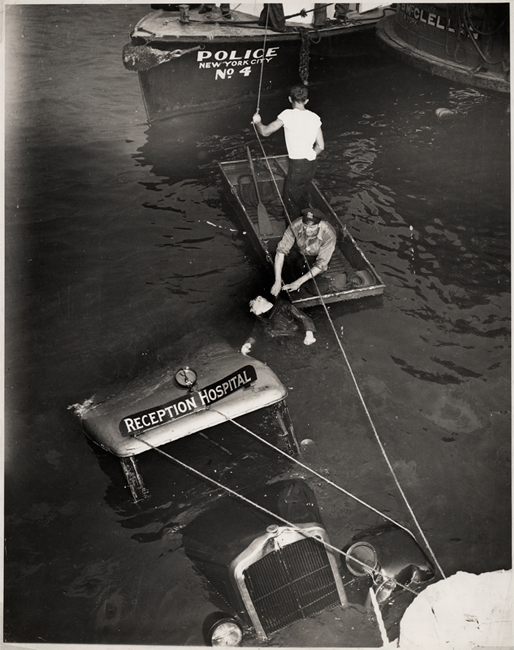 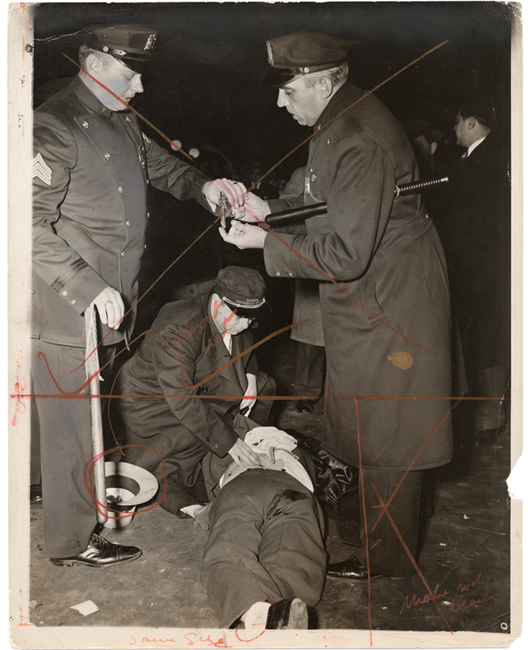 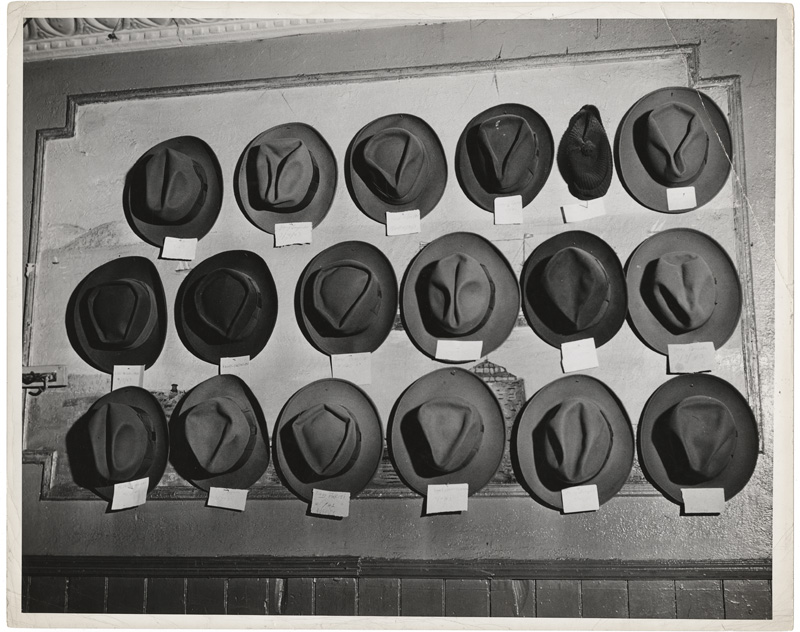 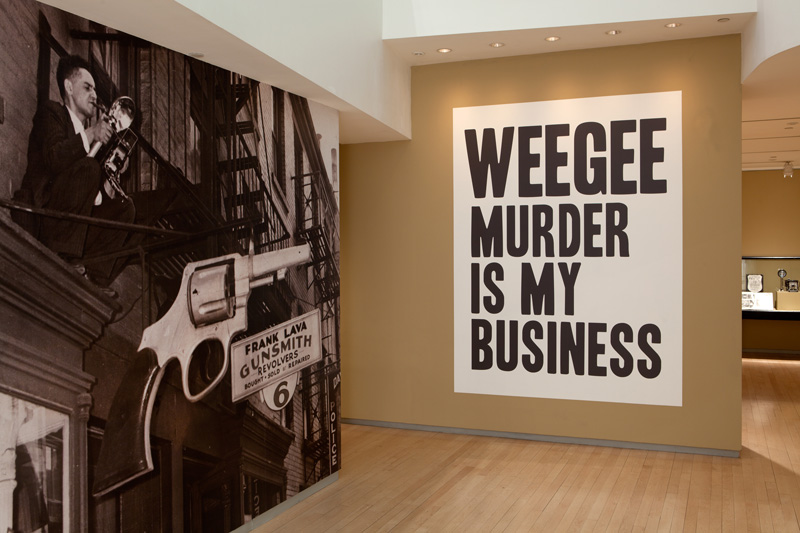 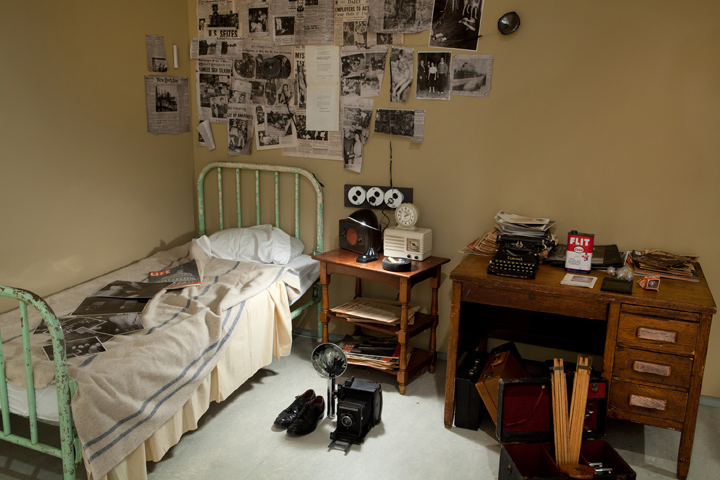 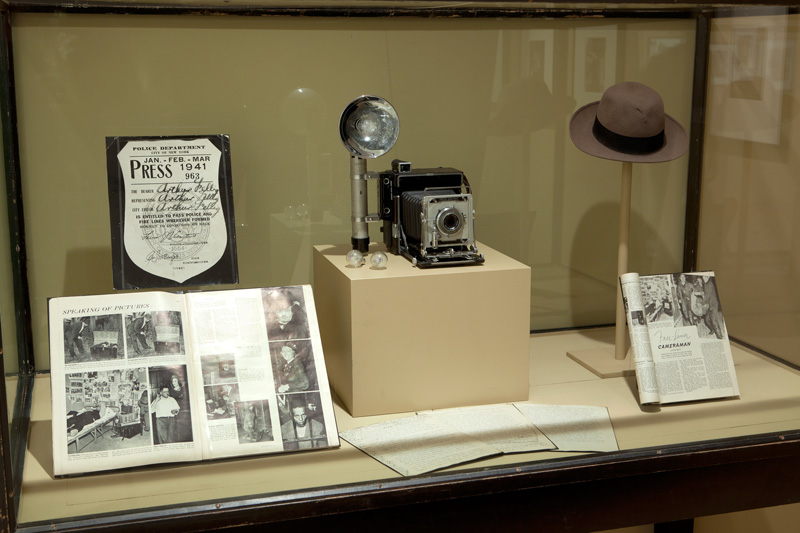 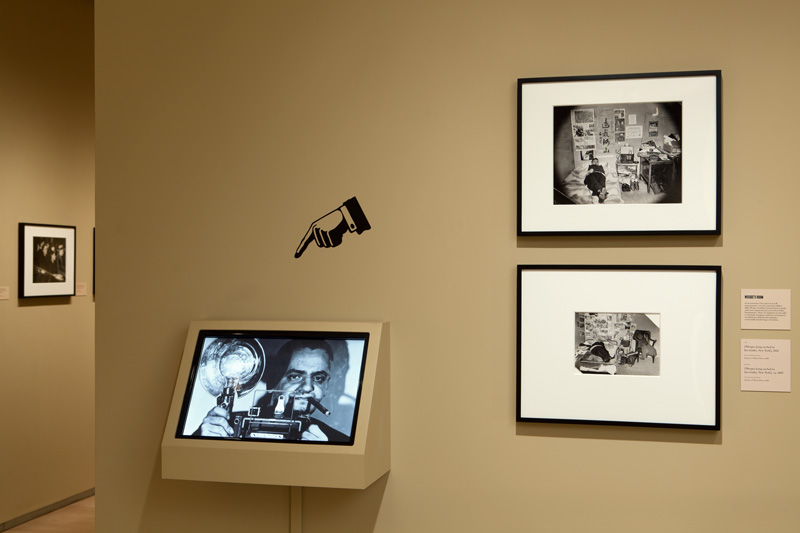 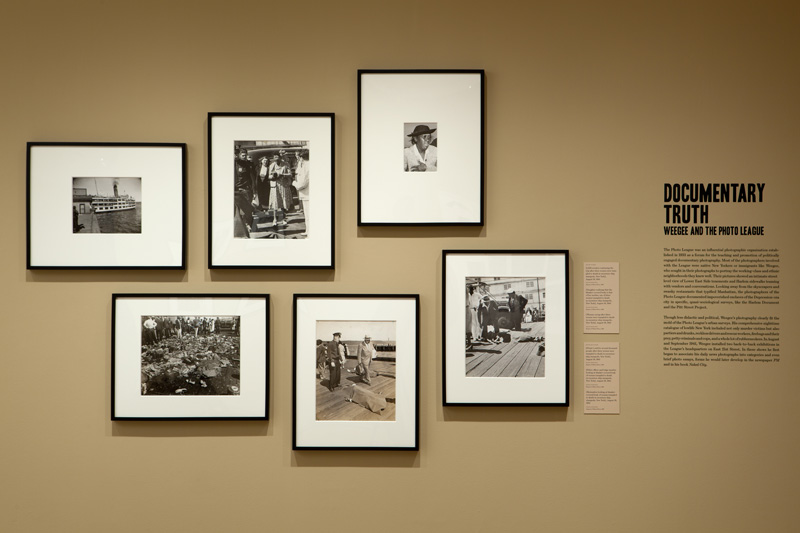 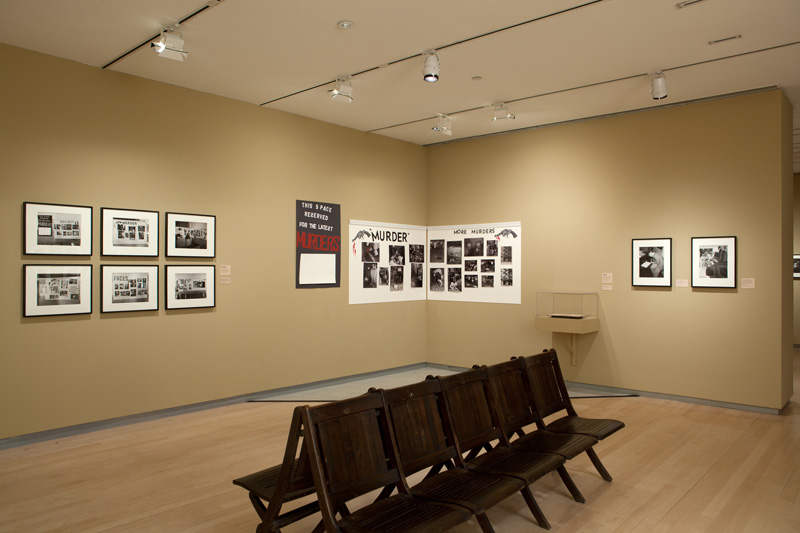 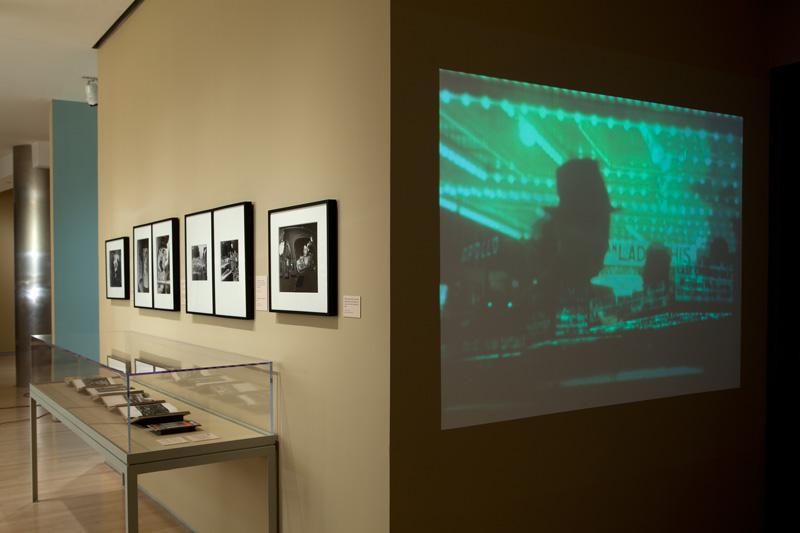 Murder Is My Business

1133 Avenue of the Americas, New York, NY
"He Made Blood and Guts Familiar and Fabulous"  The New York Times Press Release pdf

For an intense decade between 1935 and 1946, Weegee (1899 – 1968) was one of the most relentlessly inventive figures in American photography. His graphically dramatic and often lurid photographs of New York crimes and news events set the standard for what has become known as tabloid journalism. Freelancing for a variety of New York newspapers and photo agencies, and later working as a stringer for the short-lived liberal daily PM (194048), Weegee established a way of combining photographs and texts that was distinctly different from that promoted by other picture magazines, such as LIFE. Utilizing other distribution venues, Weegee also wrote extensively (including his autobiographical Naked City, published in 1945) and organized his own exhibitions at the Photo League. This exhibition draws upon the extensive Weegee Archive at ICP and includes environmental recreations of Weegee's apartment and exhibitions. The exhibition was organized by ICP Chief Curator Brian Wallis. It was on view at ICP May 18–September 2, 2012.

This exhibition was made possible with support from the ICP Exhibitions Committee, The David Berg Foundation, an Anonymous donor, and with public funds from the New York City Department of Cultural Affairs in partnership with the City Council. The touch screen content was produced by Documentary Arts in association with Octothorp Studio.

Related Items
Collection Weegee: Murder Is My Business
This website stores cookies on your computer. These cookies are used to collect information about how you interact with our website and allow us to remember you. We use this information in order to improve and customize your browsing experience and for analytics and metrics about our visitors both on this website and other media. To find out more about the cookies we use, see our Privacy Policy.
I Accept I Decline