This Is War! Robert Capa at Work | International Center of Photography
Join our mailing list
Stay updated on our latest news.
exhibition
But Still, It Turns: Recent Photography from the World
News
Engage with ICP from Anywhere
News
We Need Your Support
exhibition
#ICPConcerned: Global Images for Global Crisis
event
ICP Talks: Cheriss May on Documenting Democracy
event
ICP Talks: Mari Katayama on “Myself and the Others: Self-Portraits and this World”
Shop Become a Member Support ICP Subscribe Login
ICP's museum is closed for installation until January 28, 2022. Learn More
View Details
View Details 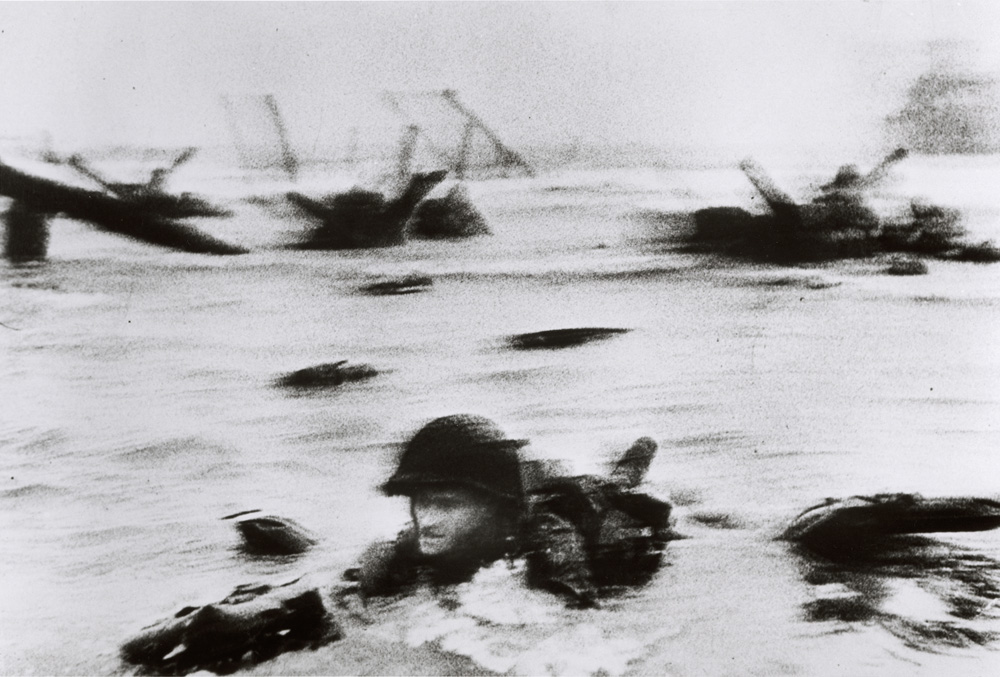 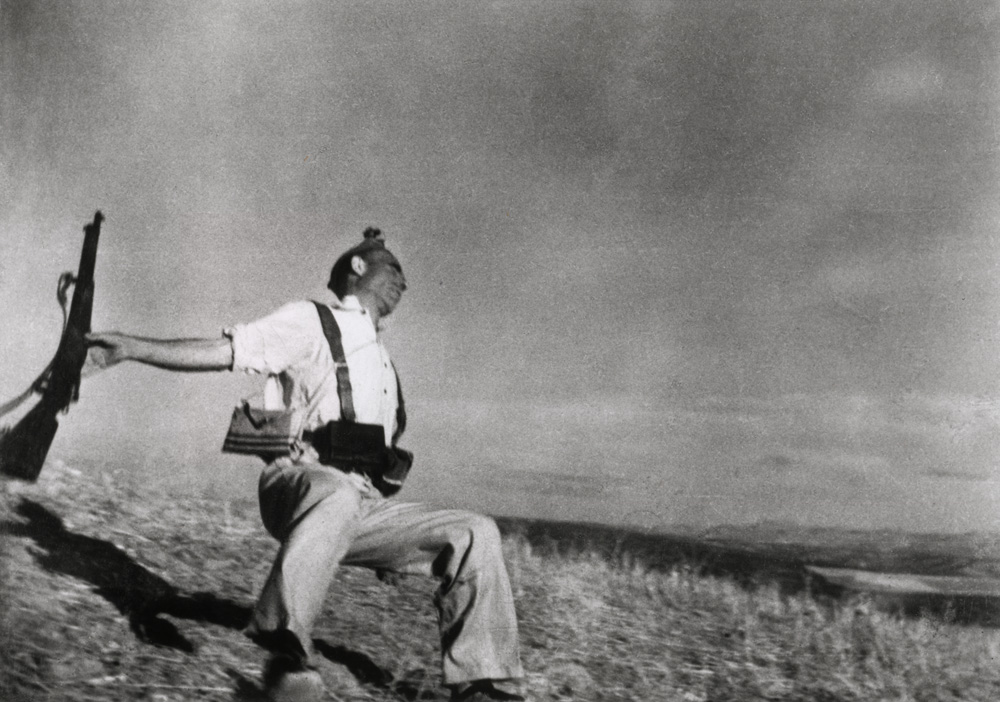 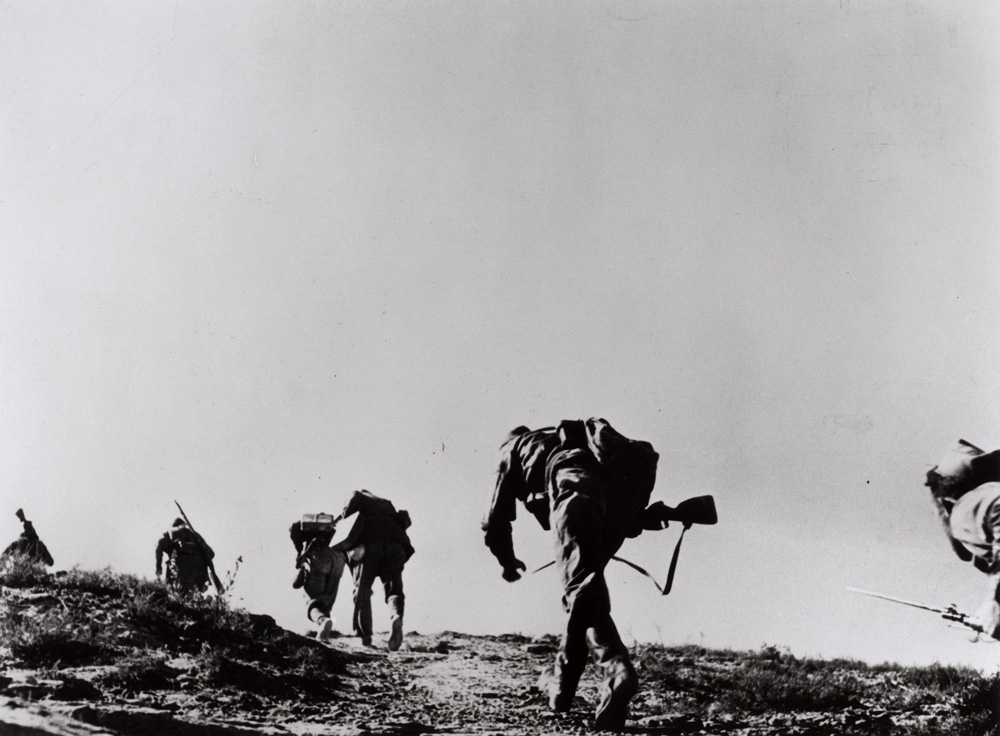 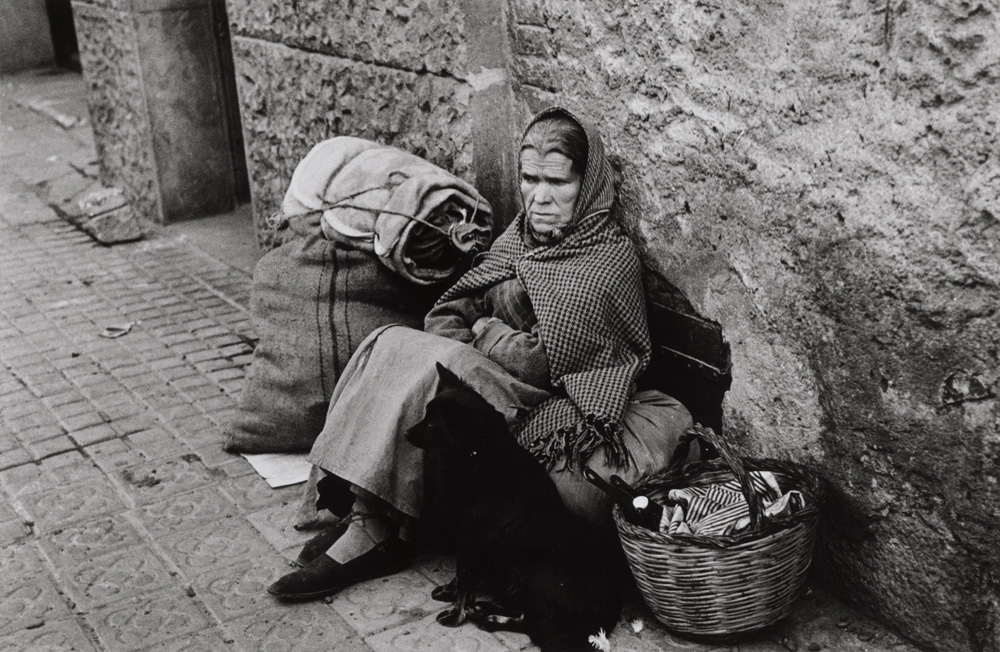 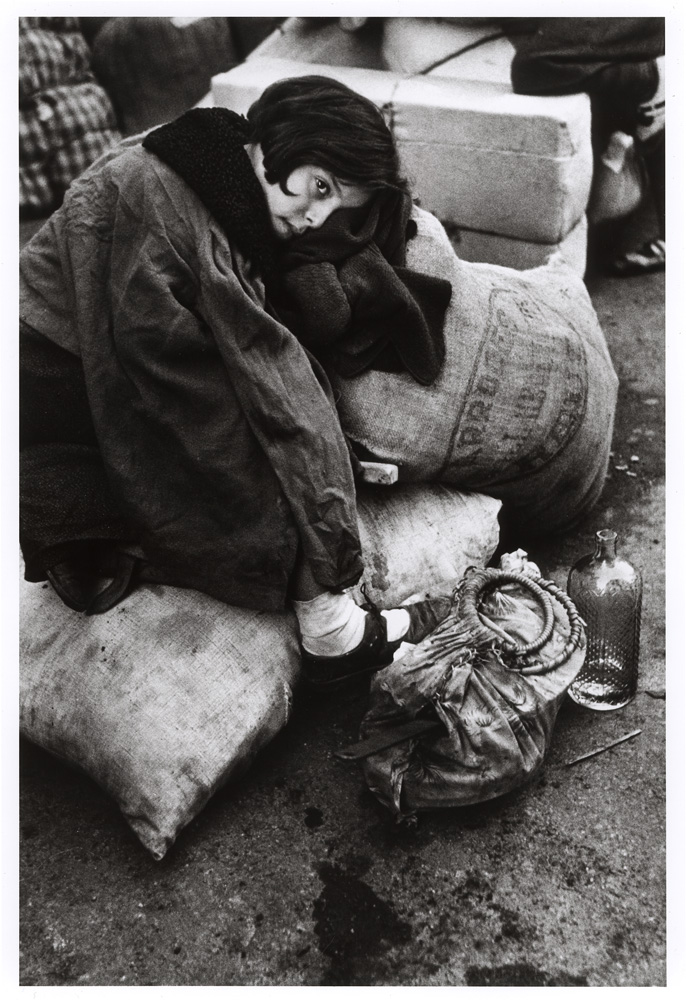 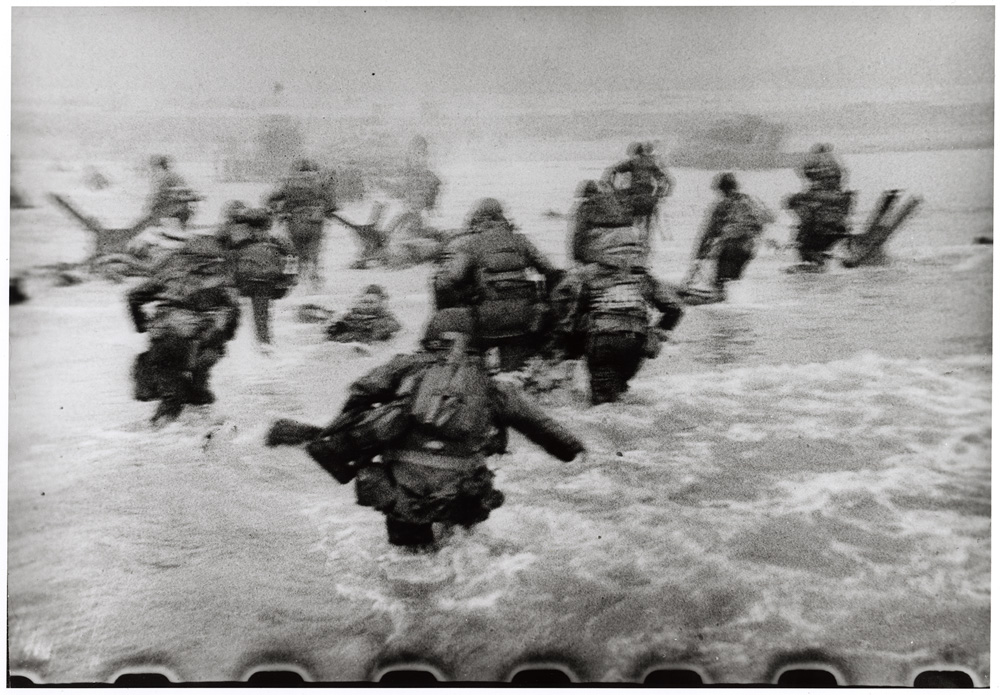 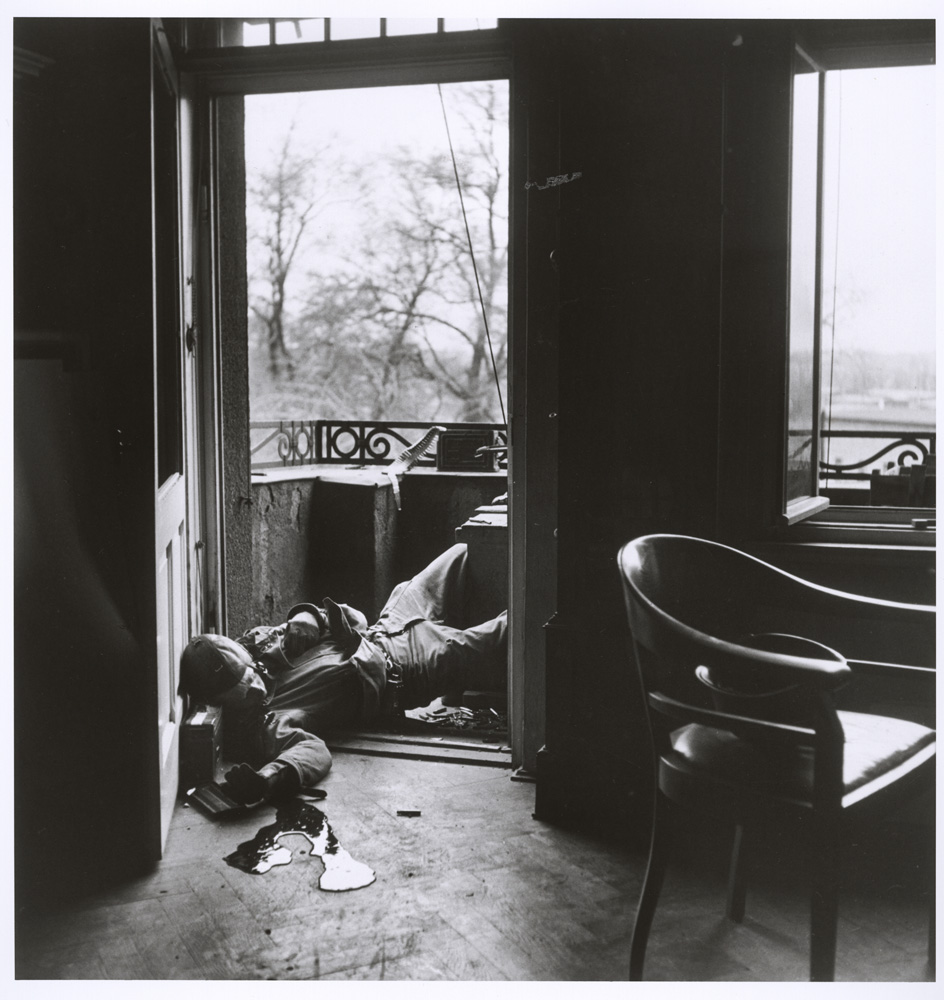 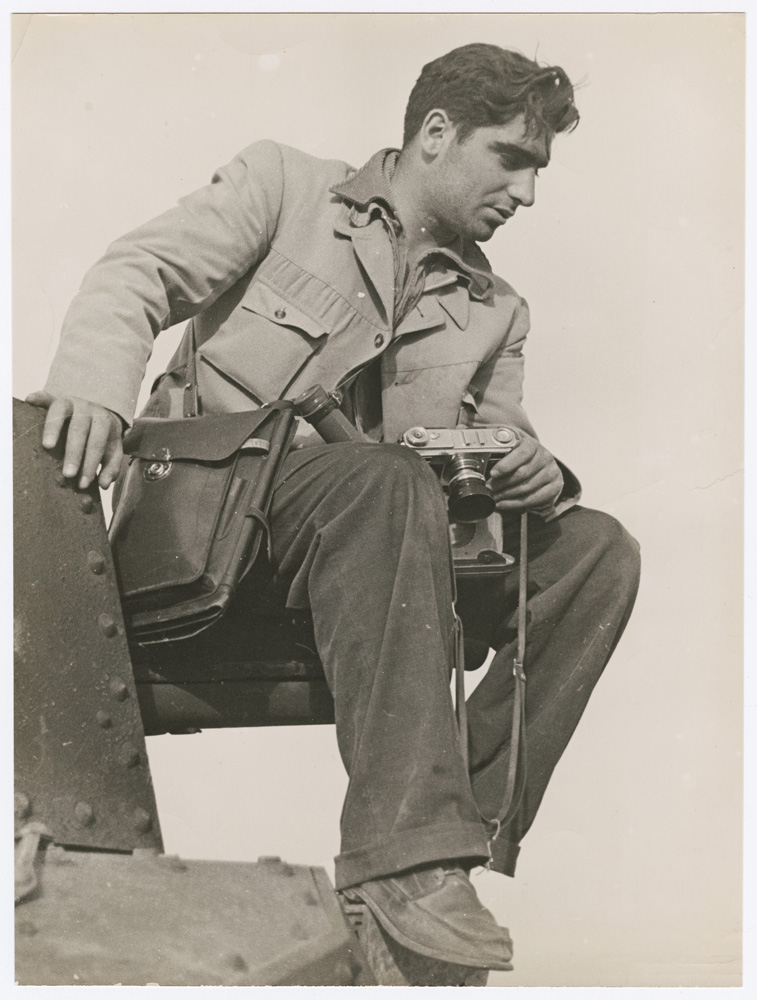 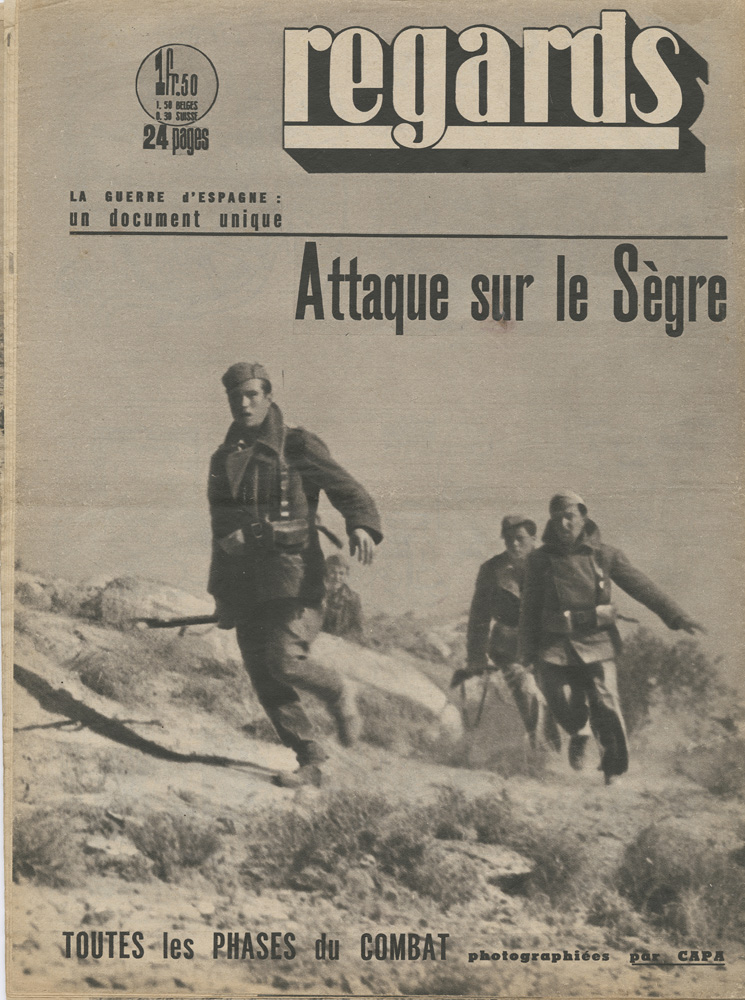 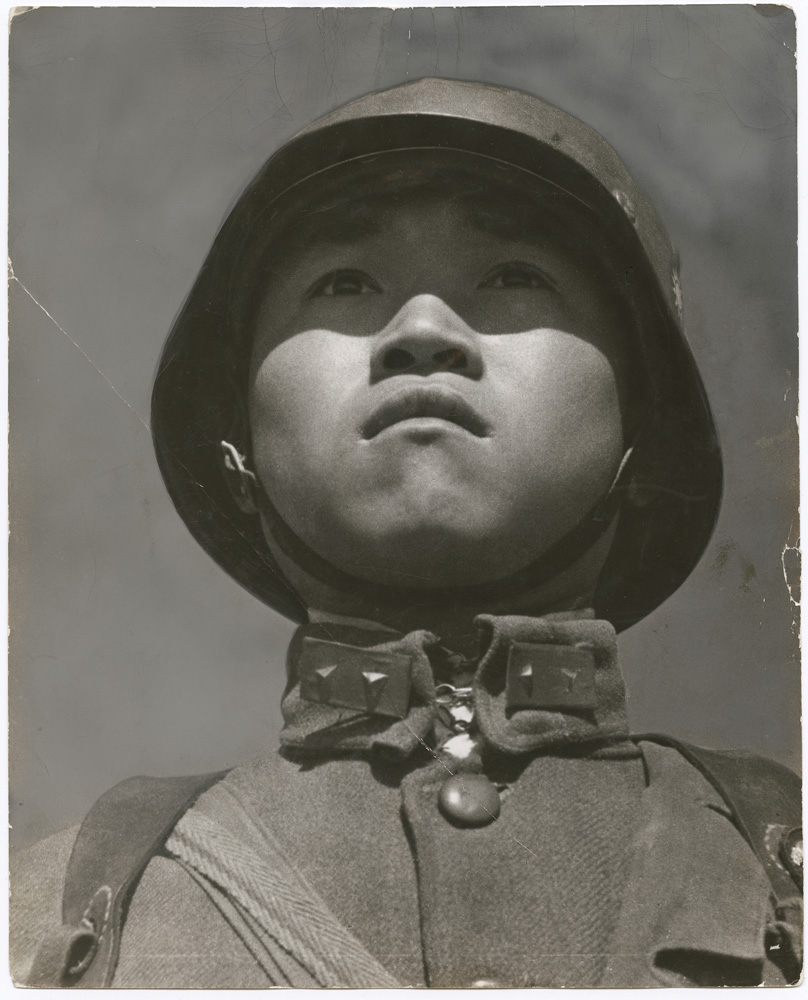 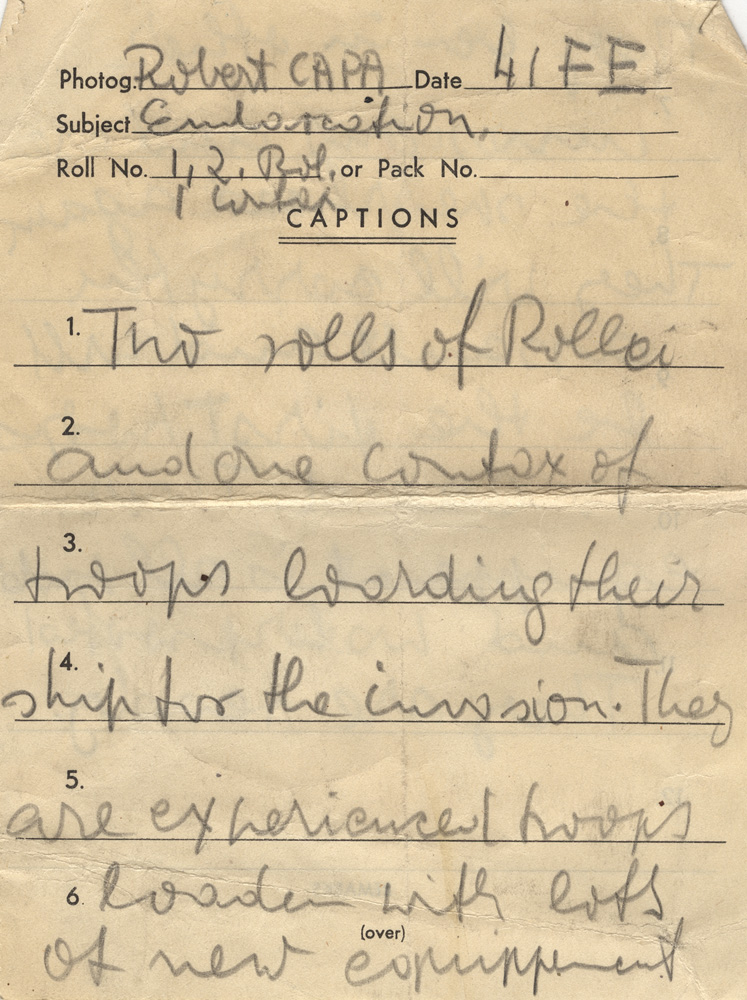 Robert Capa is, without a doubt, one of the leading photographers of the twentieth century. His most striking images all appeared in the pages of the leading picture magazines of the day. This was the context in which Capa worked and was known, and where he honed his skills as a master of the cinematic photo narrative. This Is War! Robert Capa at Work is a groundbreaking exhibition that reexamines Capa's innovations as a photojournalist in the 1930s and 1940s. The title of the exhibition is drawn from the headline of a December 3, 1938 Picture Post story including Capa's images from the Battle of Rio Segre. Never-before-seen photographs and newly discovered documents will illuminate six of Capa's most important war stories.

With vintage prints, contact sheets, caption sheets, handwritten observations, personal letters and original magazine layouts, the stories are brought to life and give us a look at how Capa worked. The Falling Soldier, 1936; The Battle of Rio Segre, 1938; and Refugees from Barcelona, 1939, trace his reportage of The Spanish Civil War. China, 1938, document his six-month stay during the Sino-Japanese War. D-Day, 1944, and the Liberation of Leipzig, 1945, present his photographs of World War II.

This exhibition is supported by BNP Paribas and an award from the National Endowment for the Arts. Leadership gifts were provided by the Alex Hillman Family Foundation, George and Bicky Kellner, The John and Annamaria Phillips Foundation, and Cornell Capa. Additional support was received from Linda Hackett for C.A.L. Foundation, Ellen and Richard Kelson, The Liman Foundation, Mr. and Mrs. Ted Nierenberg, Susan and Elihu Rose Foundation, Arnold and Louise Sagalyn, Bernard Lee Schwartz Foundation, Marshall Sonenshine and Sonenshine Partners, and Lois and Bruce Zenkel.

Related Items
Collection This Is War! Robert Capa at Work
This website stores cookies on your computer. These cookies are used to collect information about how you interact with our website and allow us to remember you. We use this information in order to improve and customize your browsing experience and for analytics and metrics about our visitors both on this website and other media. To find out more about the cookies we use, see our Privacy Policy.
I Accept I Decline