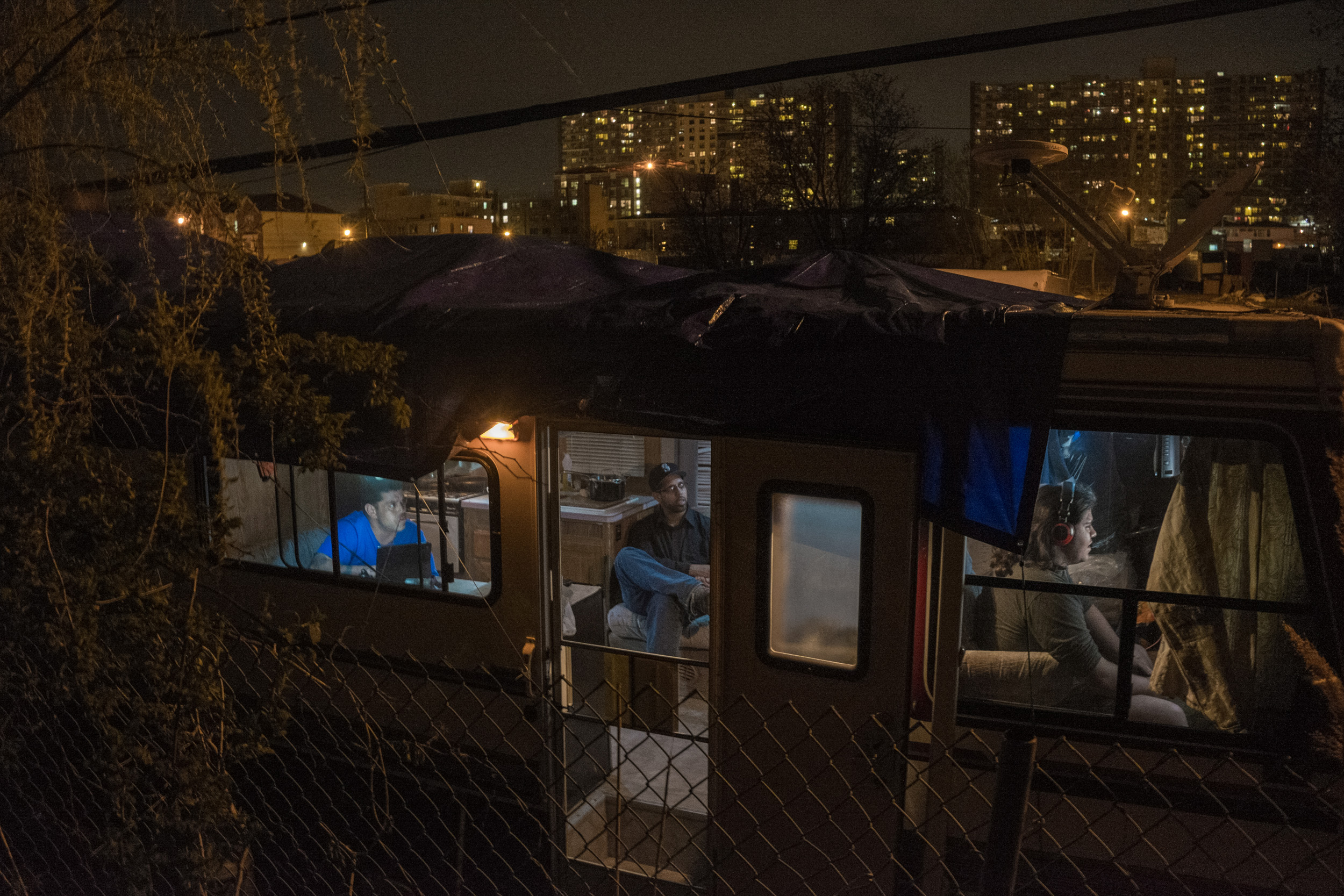 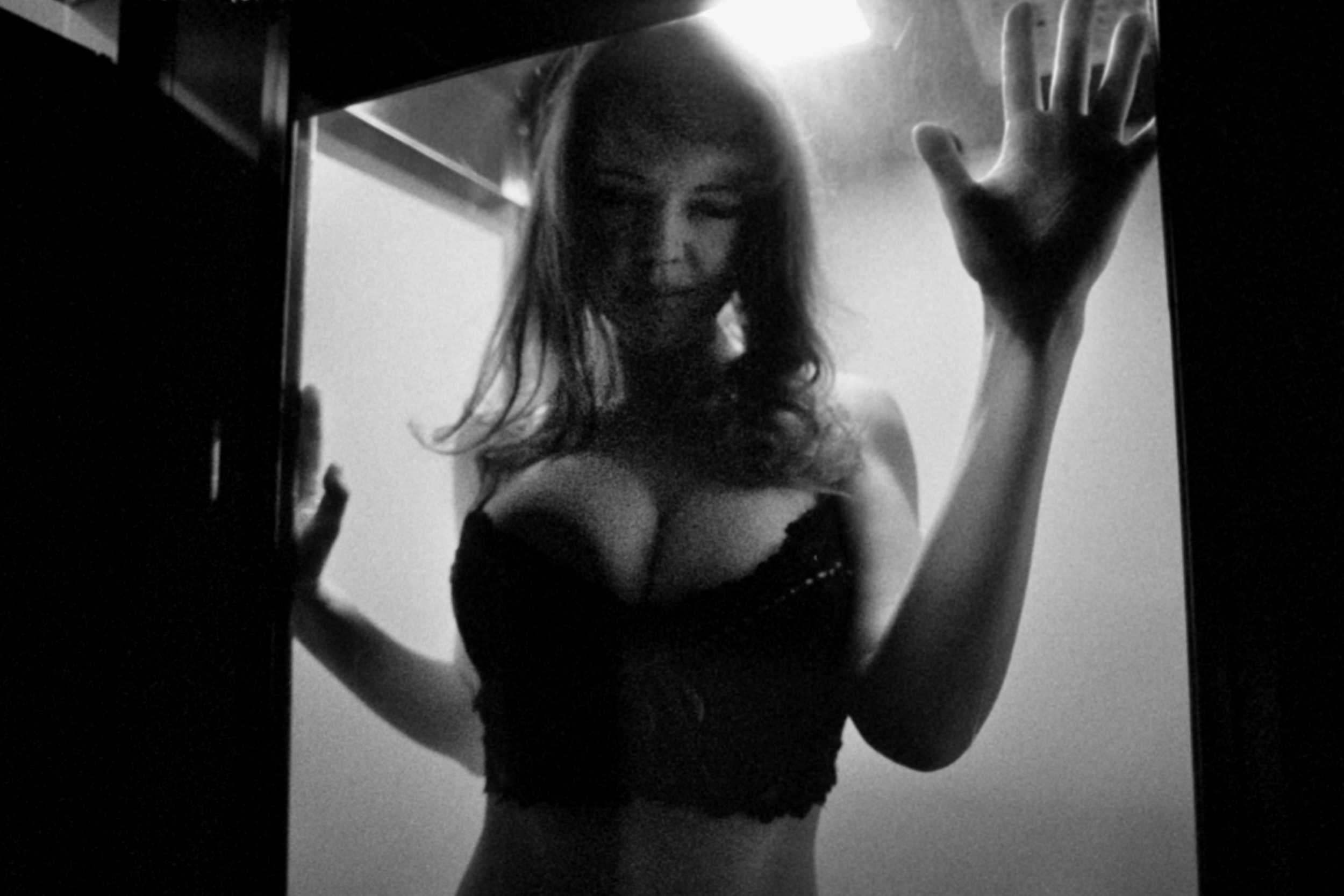 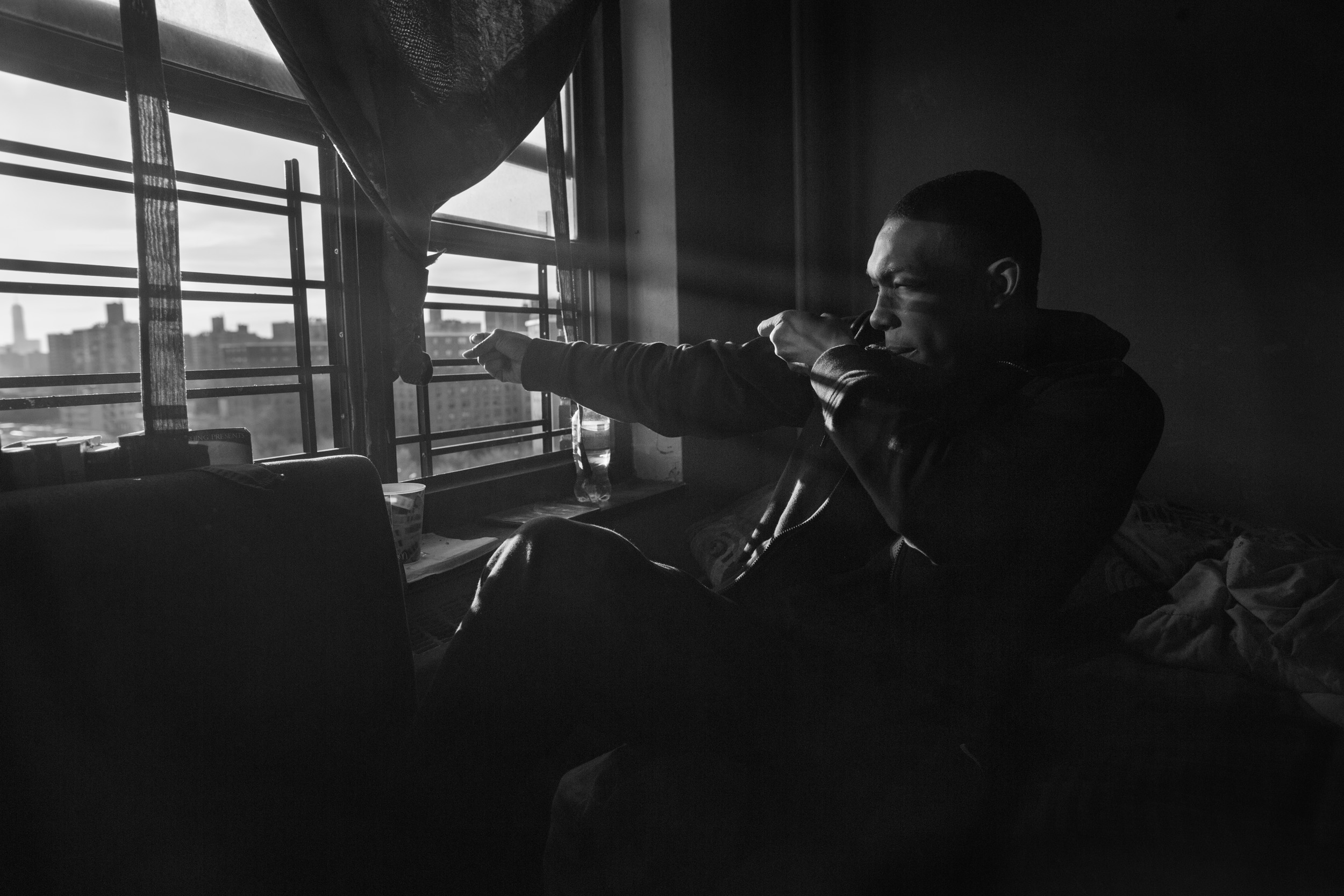 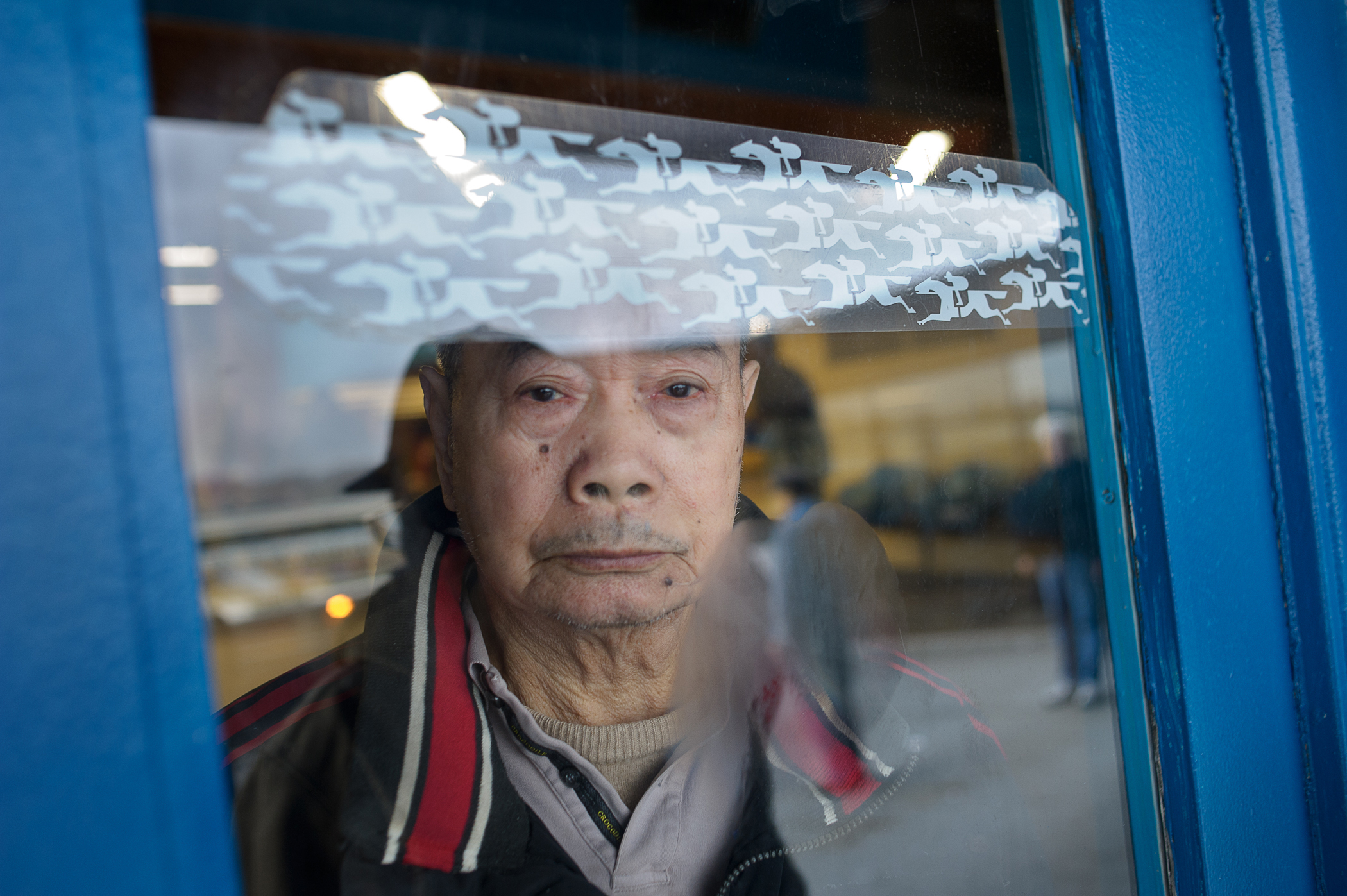 "That's a secret private world you’re looking into out there. People do a lot of things in private they couldn't possibly explain in public" — Lieutenant Doyle, from Alfred Hitchcock's Rear Window, a film inspired by Robert Capa's work

Rear Windows features the work of five photographers, 2014 alumni of ICP's One-Year Certificate in Documentary Photography and Photojournalism program, who have found stories hidden within the shadows of New York City. Their subjects remain in dark corners by choice or by situation: they squat in trailers in "The Hole," a neighborhood in Brooklyn below sea level; strip in Times Square's last peep show; roam the streets as a chapter of the Latin Kings gang; are addicted to drugs and alcohol in a tent city; and gamble at a crumbling aqueduct on the edge of Queens.

As the photographers embed themselves into these small, self-contained societies, they observe and study but make no claim on objectivity; objectivity is impossible with true intimacy. Just like the camera, the window acts as a portal into another world, but it also as a barrier. The glass and mirrors are a trick to make you believe you are really there.

This exhibition is curated by Cate Dingley, Nicolas Enriquez, and Chris Occhicone.

Related Items
Exhibition Then They Came for Me: Incarceration of Jap... Media Archive Stuart O'Sullivan Media Archive Alessandra Sanguinetti Media Archive Dayanita Singh Interview Bridget de Gersigny on “Shape Shifter"
This website stores cookies on your computer. These cookies are used to collect information about how you interact with our website and allow us to remember you. We use this information in order to improve and customize your browsing experience and for analytics and metrics about our visitors both on this website and other media. To find out more about the cookies we use, see our Privacy Policy.
I Accept I Decline