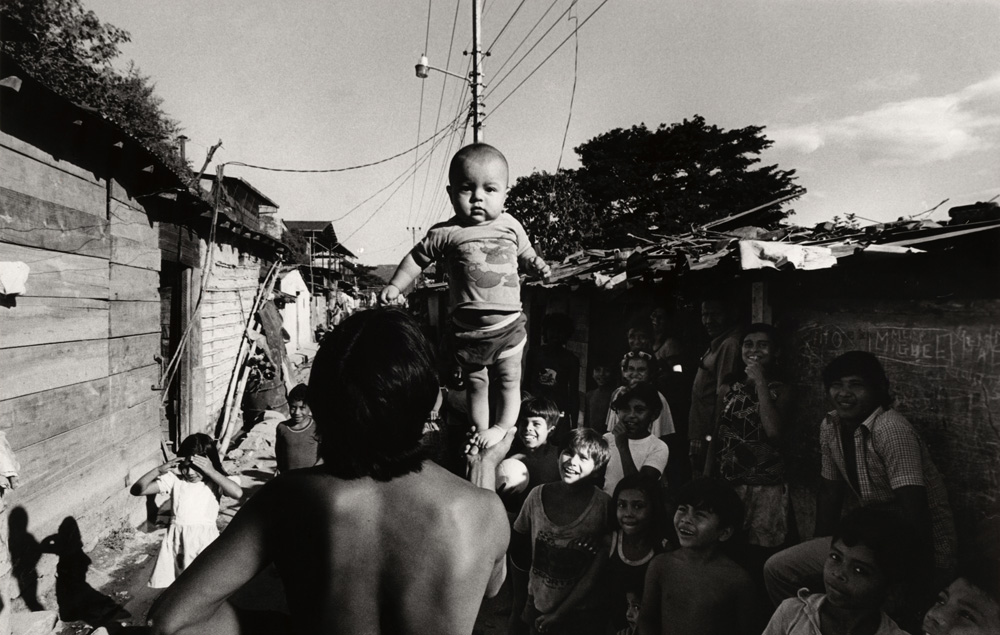 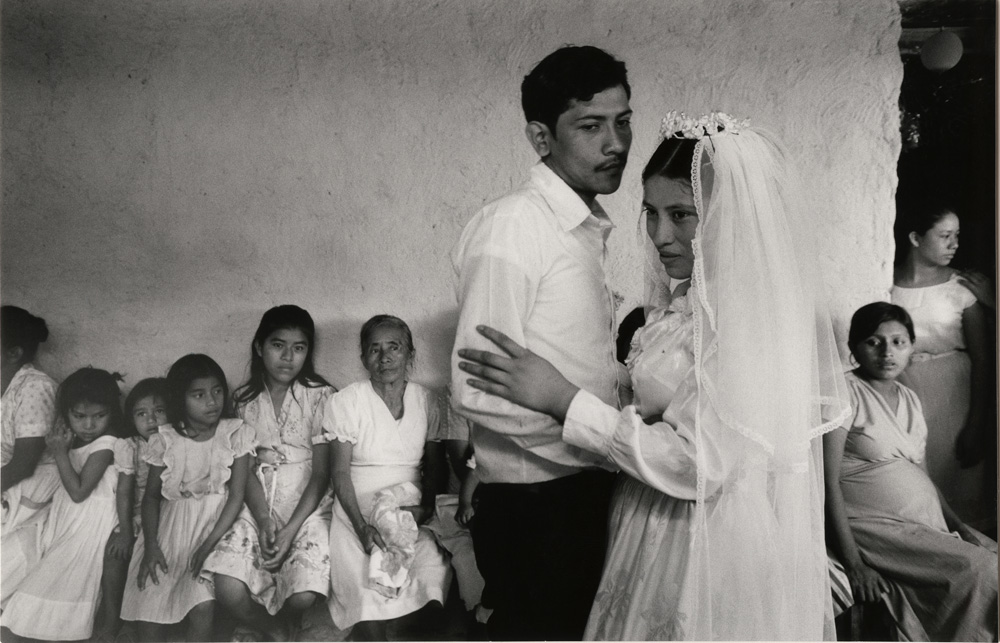 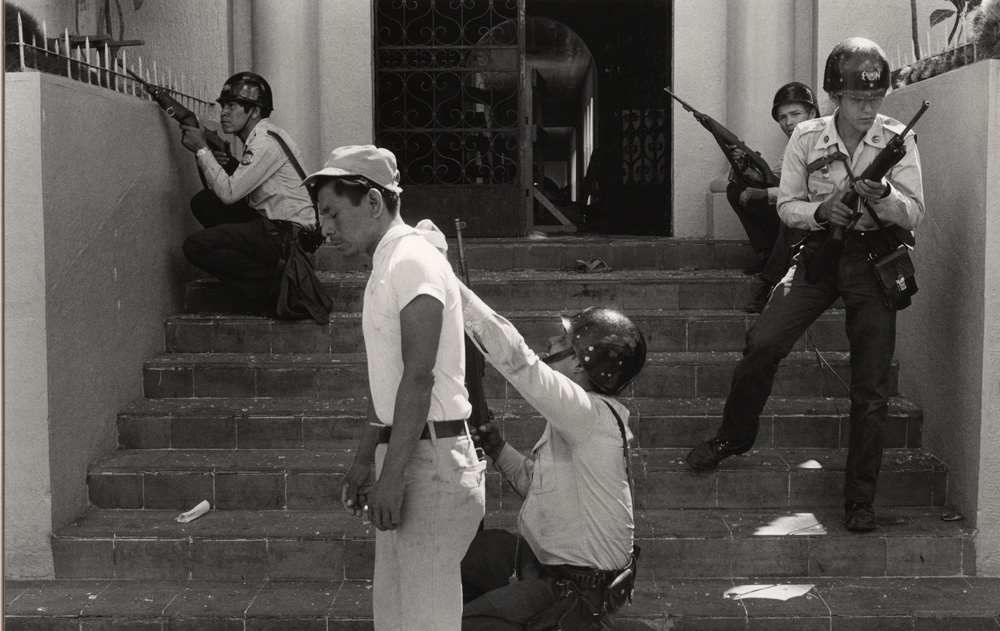 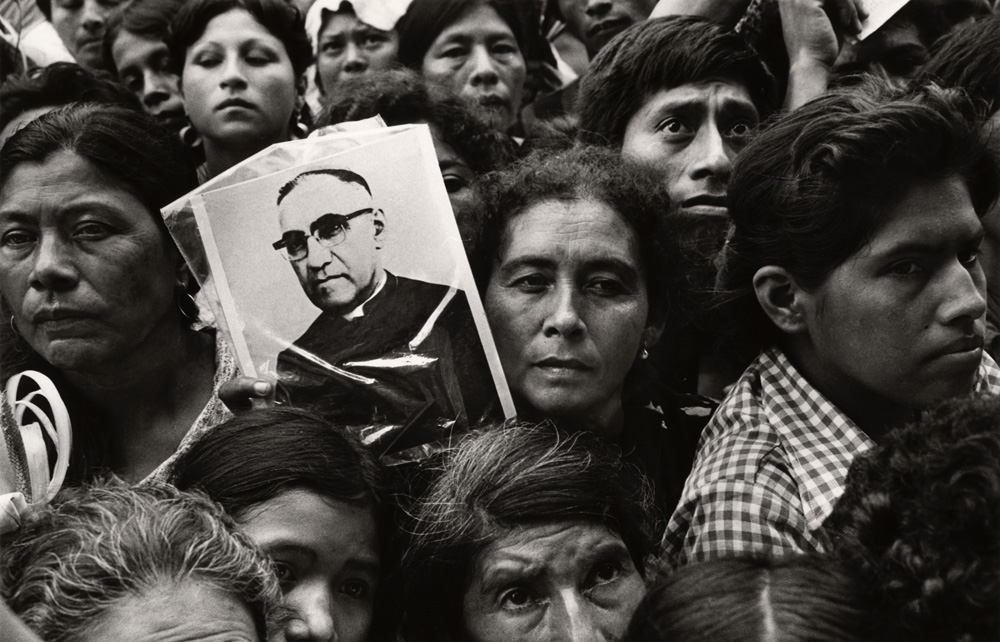 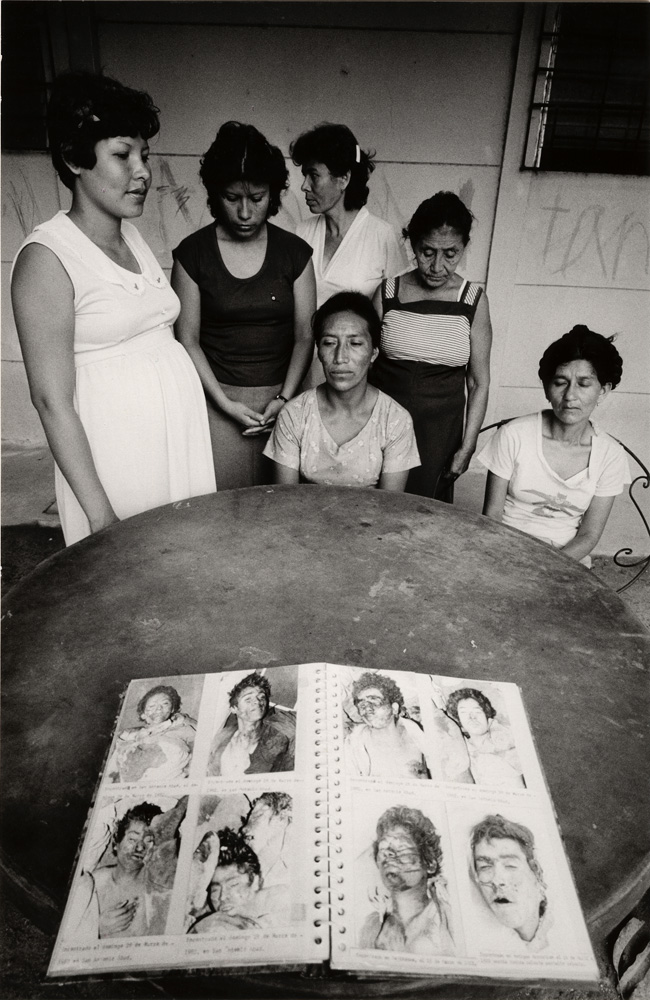 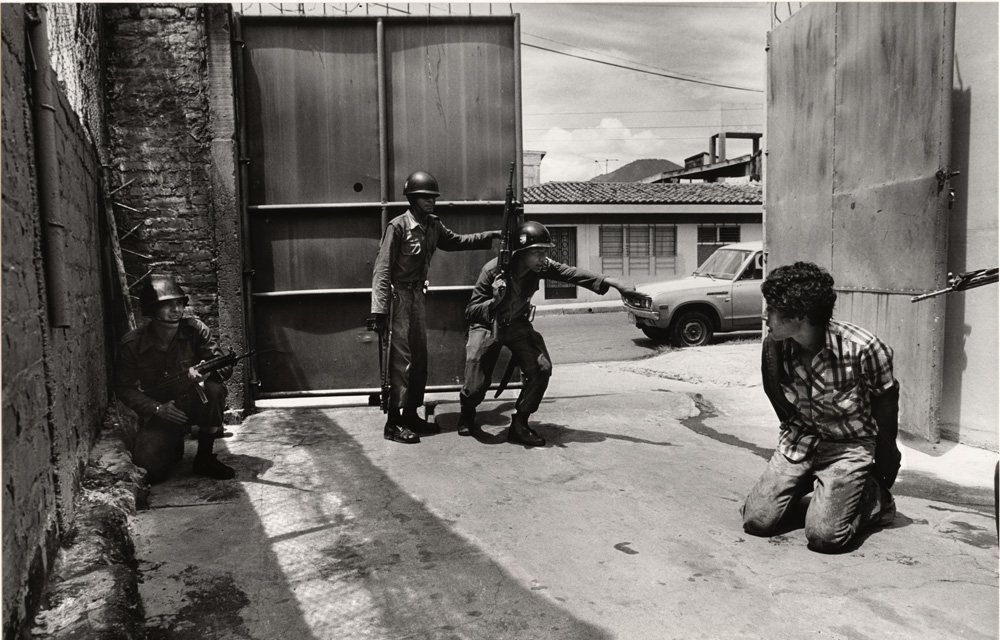 In 1983, at the height of the civil war in El Salvador, thirty international photojournalists covering the conflict contributed to a project to raise awareness about the crisis. They believed that these images, if more widely seen, could facilitate a deeper understanding of the situation in El Salvador and prompt a crucial dialogue about the conflict and America's role in it.

Following years of repression under military dictatorship, a coup d'etat in El Salvador in 1979 had sparked a brutal, twelve-year civil war. The subsequent assassination of human-rights advocate Archbishop Oscar Romero and the murder of four U.S. churchwomen in 1980 drew world attention to the political oppression and violence in that tiny country. In the U.S., the newly elected President Ronald Reagan was determined to limit what he perceived as leftist influence in Central America following the popular insurrection that overthrew the Somoza dictatorship in neighboring Nicaragua, and the administration supported the Salvadoran junta with military and economic aid throughout the 1980s. During this time, death squads associated with the military terrorized civilians, sometimes massacring hundreds of people at a time. All told, the war cost the lives of 75,000 civilian noncombatants.

Many Americans were divided about their country's deepening engagement in El Salvador. According to Meiselas, "[We] were living there and believed that the larger context for the war needed to be felt by Americans considering the growing involvement of the U.S." Thirty photographers contributed to the book that Meiselas and Mattison assembled with co-editor Fae Rubenstein, and renowned poet Carolyn Forché wrote a text to accompany the photographs. When the book was published in 1983, an exhibition was organized at the International Center of Photography, then located on 94th Street. For two years, the exhibition circulated to museums, university galleries, high schools, public libraries, and churches, creating a public forum for discussion about the war and U.S. policy in Central America. Recently donated in its entirety to ICP by the photographers, the exhibition is re-presented here just as it toured the country twenty years ago.

The war in El Salvador continued for another decade after the project began. A horrific crime, committed in 1989, set the peace process in motion. At the University of Central America, six Jesuit priests, along with their housekeeper and her daughter, were murdered by government forces. A UN Truth Commission was formed to investigate the murders, and it confirmed that the government had ordered the killings. This conclusion helped to undermine the credibility and power of the military, and led to a UN-brokered peace agreement, signed in Mexico City in 1992. Today, there are free elections in El Salvador, and both sides of the conflict have been integrated into the political process. However, the economy remains in tattershighly dependent on remittances sent home by Salvadorans working in the United Statesand violent crime is at levels comparable to the worst years of the civil war.

The lessons of El Salvador are newly relevant, with both critics and proponents of the Bush administration drawing parallels between the U.S. role in El Salvador in the early 1980s and the current situation in Iraq and Afghanistan. And though photojournalism is a vastly changed fieldwith new technologies, new outlets, and many new constraintsthe commitment of these photographers working over twenty years ago to engage their fellow citizens can serve as a reference point for photographers working today in the Middle East.

This exhibition is made possible with support from Anne and Joel Ehrenkranz and Gayle and Robert Greenhill.