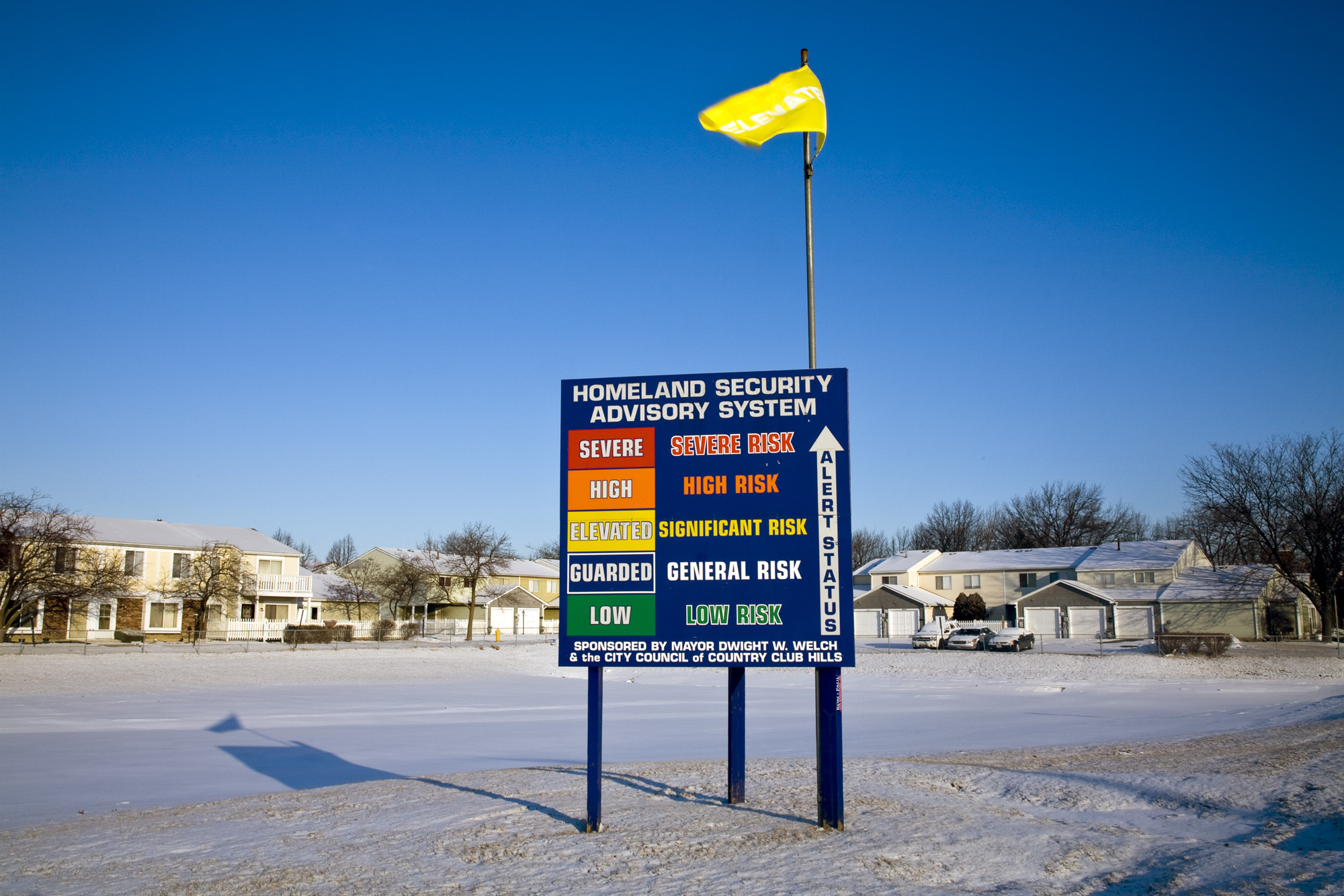 Following the terrorist attack on September 11, 2001, as the United States occupied Afghanistan and later Iraq, many photographers embedded with U.S. forces to document the front-line action and America's war powers. Many of these images fit comfortably within the historic traditions of war photography depicting explosions, bloodshed, and the violence faced daily. Three American women chose another approach. Their photographic work, while individually unique, collectively questions the temporality and geographic boundaries of what constitutes war space.

Nina Berman, Jennifer Karady, and Debi Cornwall have been investigating the post-September 11 landscape by looking at the war within, including the militarization of civil society; the war economy; the war training and immersive war gaming, the physical and psychological toll on veterans; and war’s lasting environmental impact. For the first time this fall, these three acclaimed visual artists will unite to discuss visualizing the twenty-year aftermath of 9/11 in a conversation moderated by David Campany, ICP’s managing director of programs.

Nina Berman (@nina_berman, www.ninaberman.com) is a documentary photographer and filmmaker whose work examines the militarization of American life and the aftermath of war and trauma. Exhibitions include: the Whitney Museum of American Art 2010 Biennial, Museum of Fine Arts Houston, Portland Art Museum, the Wellcome Collection (UK), Dublin Contemporary and the Musée de la Photographie in Belgium. She is the author of Purple Hearts – Back from Iraq (Trolley, 2004), Homeland (Trolley, 2008), and An Autobiography of Miss Wish (Kehrer, 2017) which was shortlisted for the Rencontres d’Arles PhotoText and Paris Photo/Aperture book awards. Fellowships and grants include the New York Foundation for the Arts, the Center for Documentary Studies at Duke University, the Aftermath Project grant, Hasselblad, the Open Society Foundation and the War and Peace initiative at Columbia University.

Jennifer Karady (@jennifer_karady, www.jenniferkarady.com) is an award-winning artist who works primarily in photography, film, and video and sound installation. Her acclaimed project, Soldiers' Stories from Iraq and Afghanistan, has been exhibited widely, including at the Palm Springs Art Museum, MASS MoCA, the University of Michigan, Berman Museum of Art, SF Camerawork, and University of Denver. Her work has been featured on PBS NewsHour and National Public Radio, in The New York Times, Los Angeles Times, The Wall Street Journal, Kunstbeeld, Polka, reviewed in Frieze, and published in books such as Suffering from Realness, Art and Agenda and Bending the Frame. Public collections include LACMA, San Francisco MOMA, The Albright Knox Gallery, Palm Springs Art Museum, and Smith College Museum of Art. Karady’s numerous residencies and awards include the Roman J. Witt Residency at the University of Michigan, the Francis Greenburger Fellowship for Mitigating Ethnic and Religious Conflict at Art Omi, MacDowell, Yaddo, The Headlands, and grants from New York State Council for the Arts, Compton Foundation, and Getty Images. Most recently, her short documentary film, Soldiers’ Stories from Iraq and Afghanistan: The Artist’s Process won the Humanitarian Award at the Fine Arts Film Festival, Honorable Mention at the International Fine Arts Film Festival and Karady was nominated for Best First-time Filmmaker at the GI Film Festival.