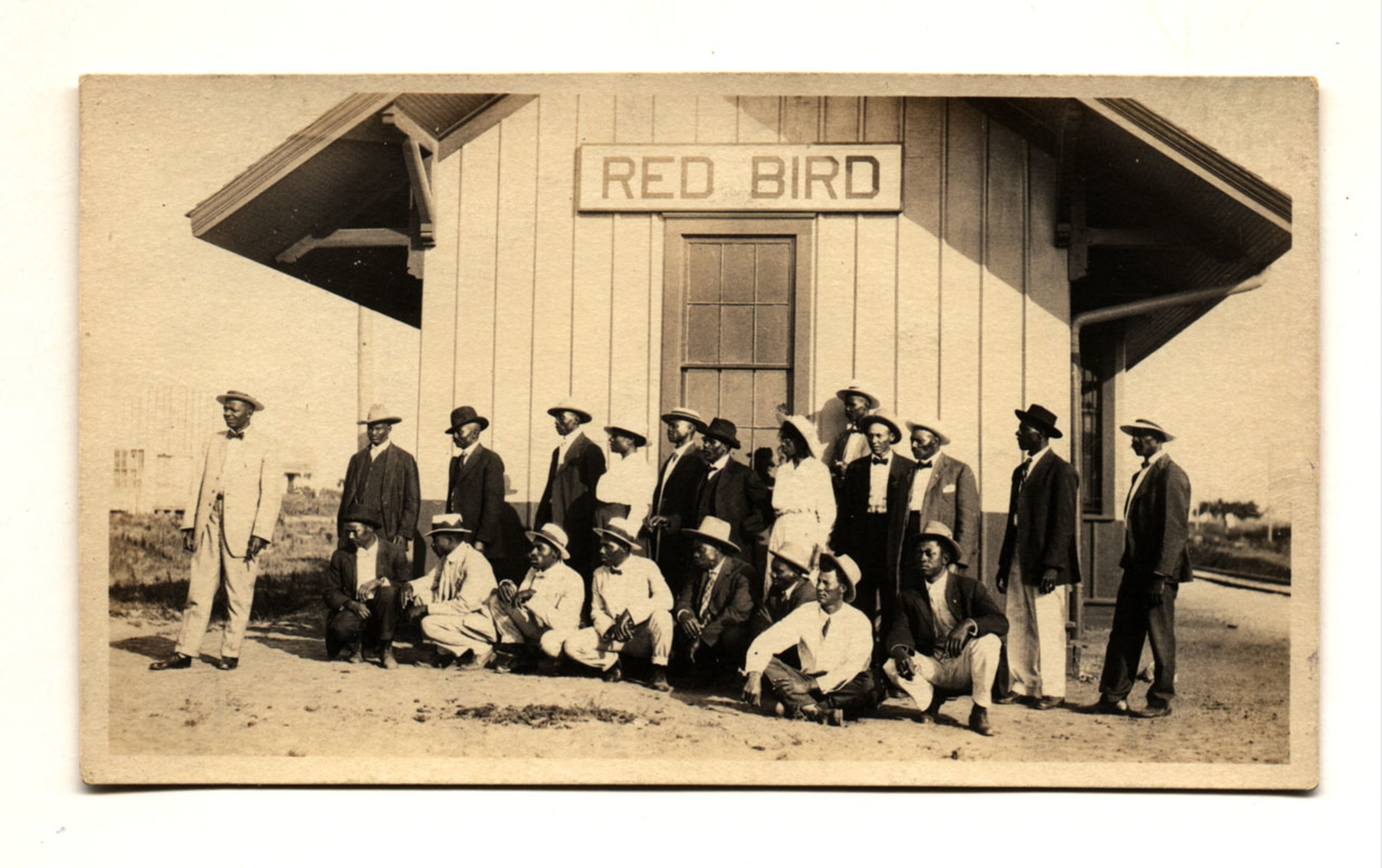 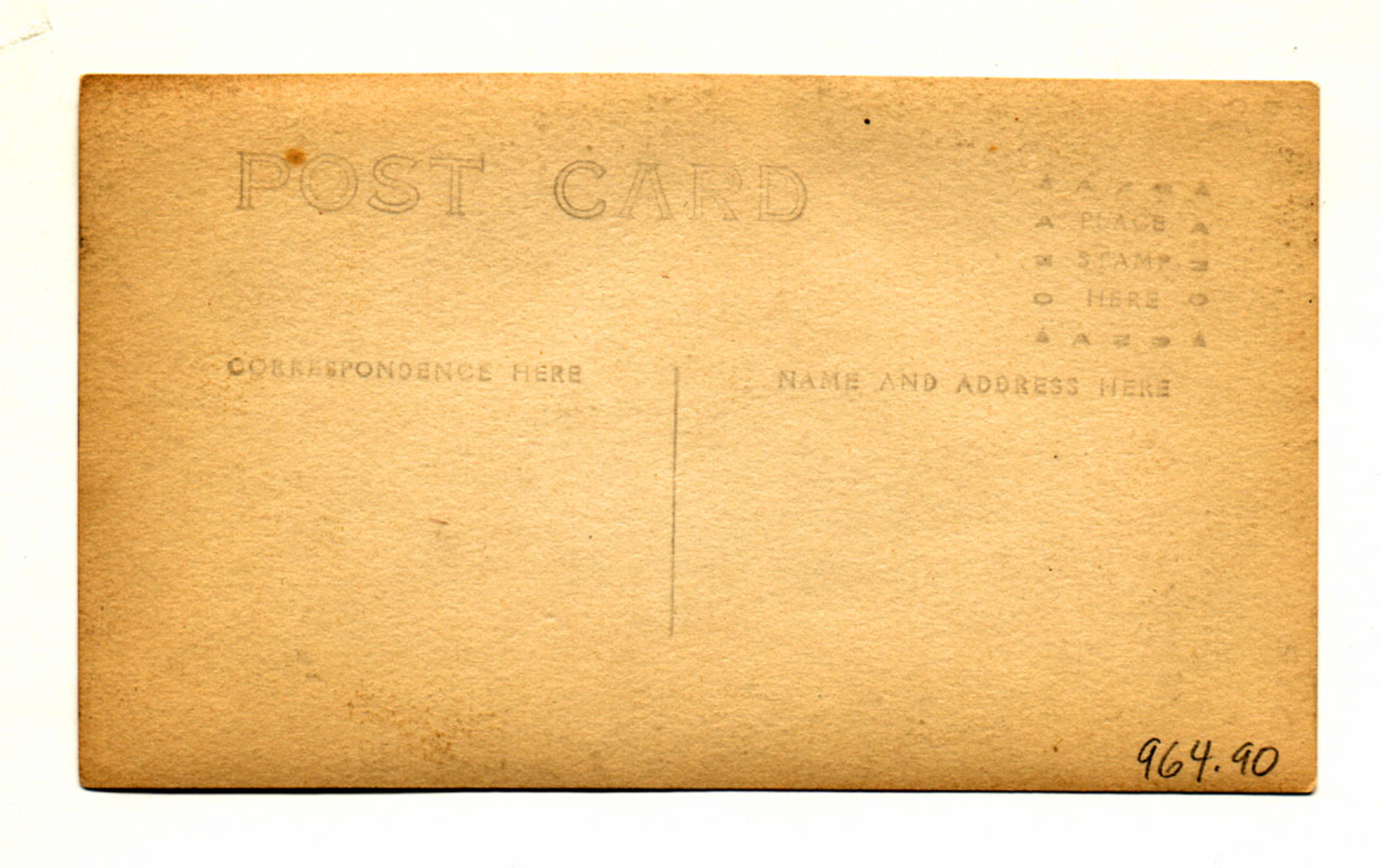 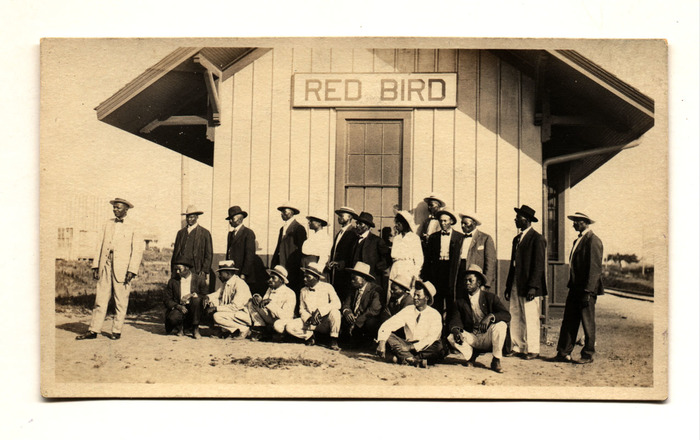 [Townspeople of Red Bird, Oklahoma, in front of railroad depot]

During the late nineteenth and early twentieth centuries, African Americans established at least 88, and perhaps as many as 200, all-black towns across the United States, the vast majority in the West following the end of Reconstruction. These incorporated communities—usually a commercial hub serving a hinterland of black farmers—attracted settlers with the promise of economic and political autonomy and escape from racial oppression. The Twin Territories—Oklahoma and Indian Territory—became the center of all-black town settlement; 32 all-black towns emerged in the region, including Red Bird, which was founded in 1902 a few miles south of Coweta, Oklahoma, by Arkansas preacher-turned-entrepreneur Elbert L. Barber (b. 1874). Barber formed the Red Bird Investment Company, which sent agents through Arkansas, Louisiana, Mississippi, and Texas selling town lots. Black towns lost much of their appeal in 1907, when the Twin Territories became the state of Oklahoma and the ruling Democratic Party enacted Jim Crow laws and disenfranchised black voters. Political setbacks aside, the Great Depression spelled the end of most black towns. Red Bird, however, survived. Today, the small town of mostly black residents hosts educational tours organized by the Tulsa Rudisell Library through its program, “Historic All-Black Towns of Oklahoma.” 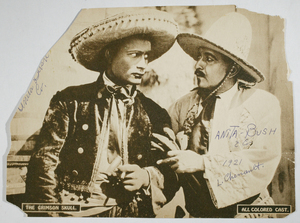 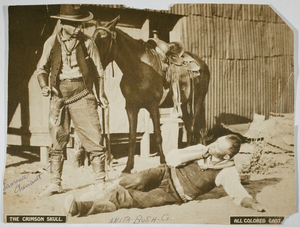 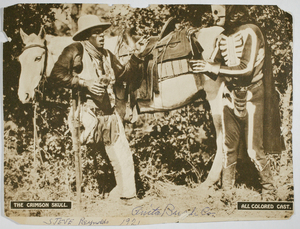 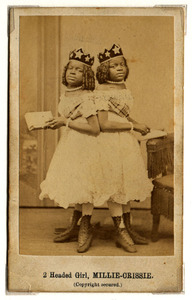 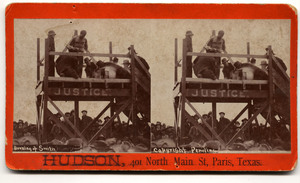 frank hudson Burning of Smith
This website stores cookies on your computer. These cookies are used to collect information about how you interact with our website and allow us to remember you. We use this information in order to improve and customize your browsing experience and for analytics and metrics about our visitors both on this website and other media. To find out more about the cookies we use, see our Privacy Policy.
I Accept I Decline