Join our mailing list
Stay updated on our latest news.
News
Photography from Isolation to Communication
event
jessica Care moore—We Want Our Bodies Back
event
April Community Day—Jazz: Photography and Writing Workshop
event
Reimagining the Image: James Coupe with Joy Buolamwini
News
We Need Your Support
News
Engage with ICP from Anywhere
Shop Become a Member Support ICP Subscribe Login
ICP’s museum is temporarily closed. Classes have been moved online. Learn how you can experience ICP from Anywhere. Get Details
Feedback
Please explain how we can improve this archived object.
View Details
View Details
Processed
Thanks for submitting your feedback. Our team will review it as soon as possible, and we appreciate your contribution.
Okay

Andrew Lichtenstein discusses his expansive career as a journalist, educator, and socially concerned photographer, as well as the recent release of his new book, Marked Unmarked Remembered (West Virginia University Press). Coauthored by his brother Alex Lichtenstein, a historian at the University of Indiana, the monograph presents photographs of significant sites from US history, posing unsettling questions about the contested memory of traumatic episodes from the nation’s past. Focusing especially on landscapes related to African American, Native American, and labor history, Marked, Unmarked, Remembered reveals new vistas of officially commemorated sites, sites that are neglected or obscured, and sites that serve as a gathering place for active rituals of organized memory.

Andrew Lichtenstein, a native of New York City, is a documentary photographer, journalist, and teacher who works on long-term stories of social concern. Over the last two decades he has concentrated on photographing stories about social justice in America. As a working photographer and journalist, Lichtenstein’s work on a wide variety of subjects has appeared in newspapers, magazines, websites, exhibits, and books. His book on funerals for soldiers killed in Iraq, Never Coming Home, was published in 2007, and Marked, Unmarked, Remembered, was published by West Virginia University Press in 2017. 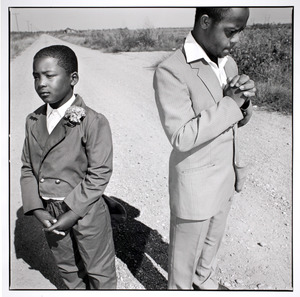 Blog Post Dr. Martin Luther King Day
This website stores cookies on your computer. These cookies are used to collect information about how you interact with our website and allow us to remember you. We use this information in order to improve and customize your browsing experience and for analytics and metrics about our visitors both on this website and other media. To find out more about the cookies we use, see our Privacy Policy.
I Accept I Decline