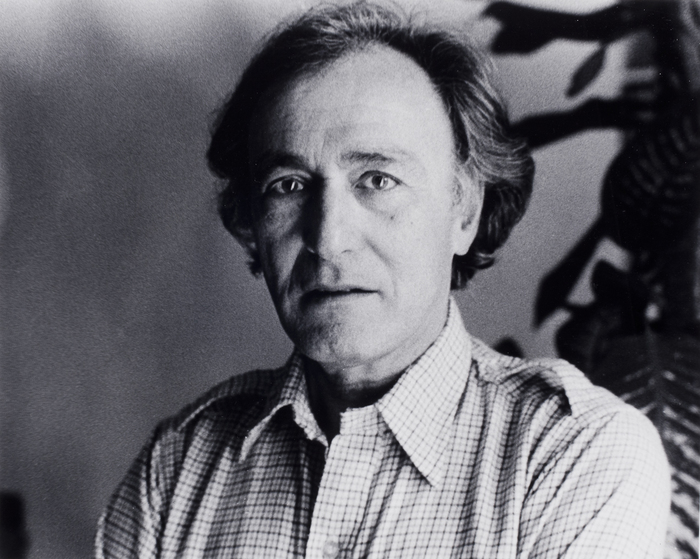 New York native William Klein's innovative view of camera processes has challenged prevailing notions of "good photography." He graduated from high school at age fourteen and was enrolled at the City College of New York when he joined the Army in 1945. After his demobilization in Paris, he stayed to study art with Fernand Léger, and while there he met several other artists, including the American painters Ellsworth Kelly and Jack Youngerman. In the early 1950s, Klein began making experimental abstract photographs of his paintings while they were in motion. These pictures led to a job offer from Alexander Liberman at Vogue, and Klein returned to New York in 1954. While doing fashion photography for Liberman, Klein worked on what would become his classic photographic book, Life Is Good and Good for You in New York: William Klein Trance Witness Revels (1956), which he designed, wrote, and typeset. Klein received the Prix Nadar in 1957 for this book, and followed it with three more expressive portraits of cities: Rome (1958), Moscow (1962), and Tokyo (1964). Shortly after ending his contract with Vogue in 1965, he stopped making still photographs, returned to Paris, and devoted himself to filmmaking, Among his many films are Cassius the Great, Muhammad Ali the Greatest, and The Little Richard Story. Klein resumed still photography part-time in 1978.
Klein photography of the 1950s was unusual for its time: grainy, blurry, high-contrast photographs--qualities generally considered defects in the popular photographic community. Klein not only accepted but cultivated these qualities by using a 35-millimeter camera, slow film, and a wide-angle lens, for both his fashion photography and his personal work. His approach set a precedent for many street photographers of the 1960s, whose work draws upon many of his innovations.
Lisa Hostetler
Handy et al. Reflections in a Glass Eye: Works from the International Center of Photography Collection, New York: Bulfinch Press in association with the International Center of Photography, 1999, p. 220.
Archived Items
Sort by
No results found.
Try another search or browse ICP.
View More
This website stores cookies on your computer. These cookies are used to collect information about how you interact with our website and allow us to remember you. We use this information in order to improve and customize your browsing experience and for analytics and metrics about our visitors both on this website and other media. To find out more about the cookies we use, see our Privacy Policy.
I Accept I Decline