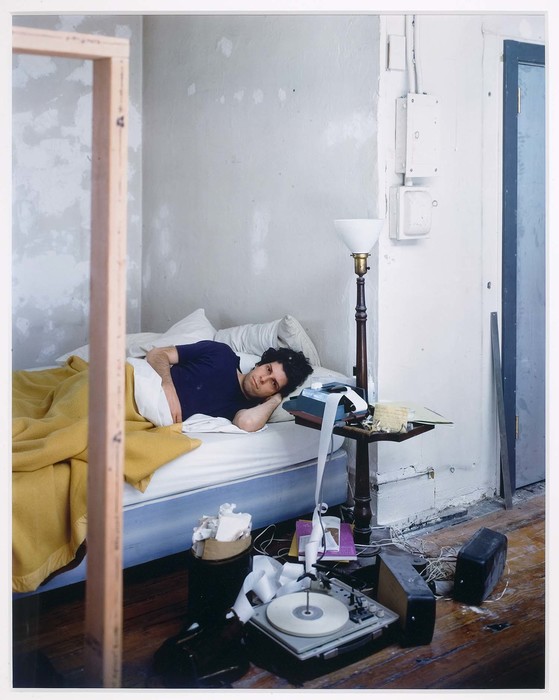 Stephen Shore was something of a prodigy as a photographer. Born in New York City in 1947, he learned about and practiced photography from the age of six. In 1958, Shore was given a copy of Walker Evans' book American Photographs. This book had a profound effect on him, introducing him to a descriptive visual language of place. At the age of fourteen, his work was bought by Edward Steichen for the collection of the Museum of Modern Art in New York. From 1965 through 1967, Shore worked in Andy Warhol's studio, the Factory, a formative experience that allowed him to experiment with combining documentary and conceptual modes in the laconic style characteristic of his later images. In 1971, at the age of twenty-four, Shore had a solo exhibition at the Metropolitan Museum of Art, the first accorded a living American photographer.
Shore emerged in the 1970s as one of the major exponents of color photography, shooting bleak yet lyrical scenes of the North American landscape. Documenting everyday settings and objects, from hotel swimming pools and televisions to parking lots, gas stations, and deserted roads, Shore exhibited an ability to transform commonplace surroundings into compelling works of art, working with a subject matter similar to Walker Evans. Between 1973 and 1979, Shore made a series of road trips across North America, documenting the vernacular landscape through his view camera, and taking a more formal approach to photographing than in his earlier work. A number of these images later formed Shore's now-classic book, Uncommon Places (first published by Aperture in 1982 and republished in 2004 and 2007). These images arouse recollections of experiences, but in an artful, carefully crafted and calculated manner. His images are made with a large-format camera, which gives his photographs a precise quality in both color and form that has become a signature trait of his work. Shore's use of the large-format camera and innovative color printing has made him one of the most influential photographers to emerge in the last half of the twentieth century, credited with inspiring numerous contemporary photographers.
Alicia Josten