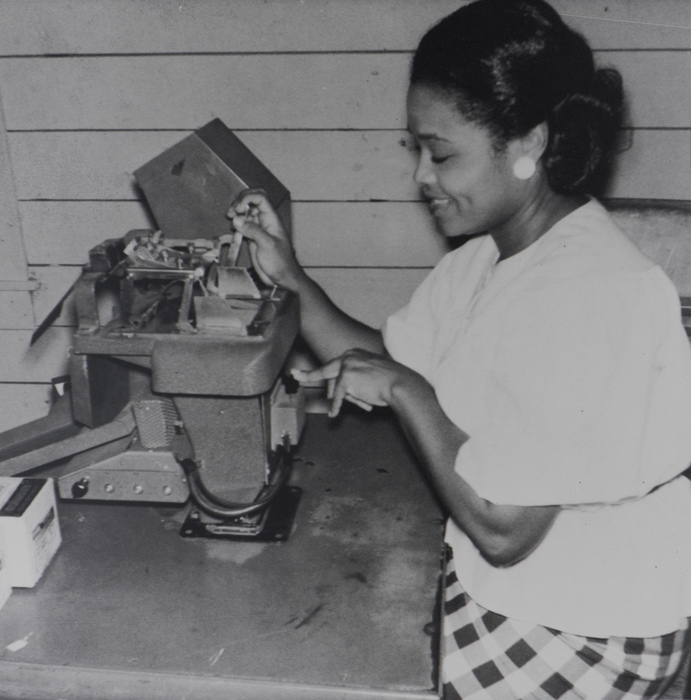 
S. Juanita Williams, professional photographer, was born November 16, 1926 in Stafford, Texas. One of six sisters and three brothers, she was raised by grandparents in Stafford until age six and then in Houston by her mother. She attended Phyllis Wheatley High School in Houston and as a child became acquainted with A. C. Teal family’s Teal Studio.
Williams worked at the Teal Studio from 1941 to 1951 and attended The Teal School of Photography from 1942 to 1944. During that period she learned standard photographic techniques, including lab chemistry, retouching, and hand-coloring. After working a year at photo-finishing in Seattle in 1952 she moved back to Houston and again worked for the Teal Studio until 1954, when she began work at Courtesy Photo, also in Houston. Williams’s employment at Courtesy Photo lasted until 1962, the year she started her own studio out of her home. In the 1970s and 1980s Williams also worked for Nita’s Photos. During the 1950s and 1960s she trained for and held other jobs, which included nursing assistance and life insurance underwriting.
Juanita Williams was married in 1945 and a son was born a year later. She and her husband separated in the 1950s. An oral history with Williams and examples of her work appear in Portraits of Community: African American Photography in Texas (Austin: Texas State Historical Association, 1996).