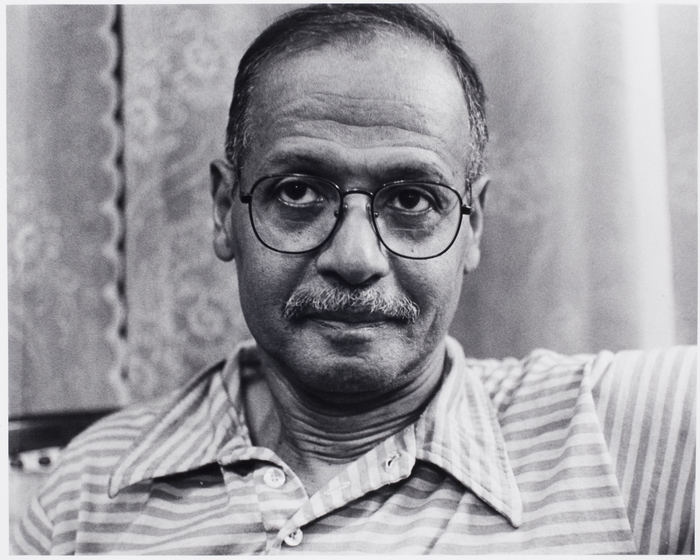 Roy DeCarava was born in New York City in 1919, he attended Cooper Union from 1938 to 1940, then because of his growing frustration with racial prejudice transferred to the Harlem Community Art Center. He began taking photographs in the late 1940s, and Harlem--its sense of community, its rich and varied cultural traditions and talents--was at the heart of his work. In 1952, DeCarava became the first African-American photographer to receive a Guggenheim Fellowship, on the basis of on his proposal to create a photographic portrait of Harlem paired with poetry by Langston Hughes. Their 1955 collaboration, The Sweet Flypaper of Life, was a critical and popular success. That same year, DeCarava's work was included in The Family of Man exhibition at the Museum of Modern Art. He also founded A Photographer's Gallery in New York (1955-57) to present his own work as well as that of Ralph Eugene Meatyard, Harry Callahan, and others. He is perhaps best known for the photographs he took of jazz performers in the mid-1950s. Since 1975, DeCarava has taught photography at Hunter College in New York. Monographs on him and his work include Roy DeCarava: Photographs, and Roy DeCarava: A Retrospective, released in 1996 to coincide with his major exhibition at the Museum of Modern Art. In 1998, he was awarded ICP's Master of Photography Infinity Award.
DeCarava's photography embodies passion and joy, his need for community, and his understanding of urban alienation. His work teems with an awareness of life, expressed both through his portraits of friends, family, and musicians, and in his desolate city views where human presence is implied. His printing is characterized by warm dark tones with little contrast.
Meredith Fisher
Handy et al. Reflections in a Glass Eye: Works from the International Center of Photography Collection, New York: Bulfinch Press in association with the International Center of Photography, 1999, p. 213.