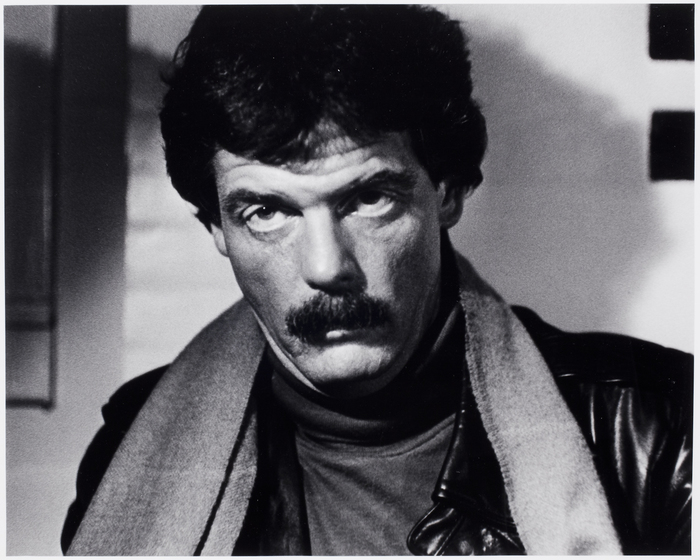 Lewis Baltz was born in Newport Beach, California, he studied at the San Francisco Art Institute, and received an MFA from the Claremont Graduate School in 1971. He worked as a freelance photographer in California and taught photography at various institutions, including the California Institute of the Arts, the University of California (Riverside and Santa Cruz), Yale, the École Nationale Superieure des Beaux-Arts, Paris, and the Art Academy of Helsinki. His work has been included in major exhibitions, including New Topographics at the George Eastman House in 1975 and Mirrors and Windows at the Museum of Modern Art in 1978. Baltz, who received National Endowment for the Arts grants in 1973 and 1977 and a Guggenheim Fellowship in 1977, has produced many projects on commission, among them The Nation's Capital in Photographs for the Corcoran Gallery of Art and Near Reno for the Nevada State Arts Commission. He has been based in Europe since the mid-1980s and travels extensively.
Lewis Baltz produces photographs in series focused on a particular theme or geographic area and usually publishes them in book form, as in The New Industrial Parks Near Irvine, California (1975), Nevada (1978) and Park City (1981). His work, like that of others associated with the New Topographics, challenges the nineteenth century tradition of western landscape photography represented by Timothy O'Sullivan, Carleton Watkins, and William Henry Jackson by presenting a less innocent view of the landscape. Baltz's perception of the landscape necessarily reveals the effects of twentieth-century culture and suburban development on the nation's topography. His books, Rule Without Exception (1991), Lewis Baltz: Politics of Bacteria, and Docile Bodies, Ronde de nuit (1998) reproduce color work dealing with Europe's urban landscapes.
Lisa Hostetler
Handy et al. Reflections in a Glass Eye: Works from the International Center of Photography Collection, New York: Bulfinch Press in association with the International Center of Photography, 1999, p. 208.