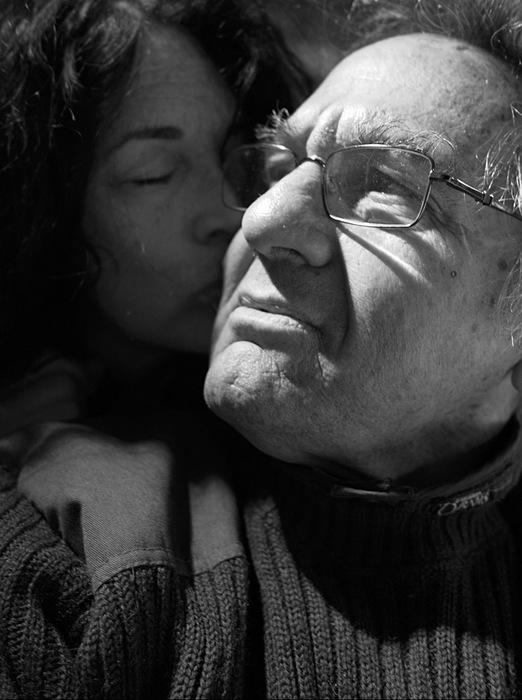 Larry Fink was born in Brooklyn in 1941 and in the 1960s, studied with Lisette Model, who encouraged him to become a professional photographer. Fink is best known for his series Social Graces, which explored social class in America in the 1970s by comparing two different worlds: that of urban New Yorkers at places like Studio 54 and that of rural, working class Pennsylvanians at events like birthday parties. His photographs have been published in Vanity Fair, W, GQ, The New York Times Magazine, and The New Yorker and he has produced several books. Fink has taught for over forty years, most recently as a tenured professor at Bard College. He has received two Guggeneheim (1976 and 1979) and two National Endowment for the Arts fellowships (1978 and 1976). Larry Fink was the receipient of ICP's 2015 Infinity Award for Art
In addition to ICP, his works are held in collections including the Bibliotheque Nationale, Paris; the Metropolitan Museum of Art; the Museum of Modern Art; and the San Francisco Museum of Art.
Mary O'Donnell Hulme
References:
Dahlberg, Laurie. Larry Fink. London and New York: Phaidon, 2005.
Fink, Larry. Boxing. New York: PowerHouse Books, 1997.
Fink, Larry. The Forbidden Pictures. New York: PowerHouse Books, 2004.
Fink, Larry. Night at the Met. Fotovision Books, 2009.
Fink, Larry. Primal Elegance. Revere, PA: Lodima Press, 2008.
Fink, Larry. Runway. New York: PowerHouse Books, 2000.
Fink, Larry. Social Graces. Millerton, NY: Aperture, 1984.
Fink, Larry. Somewhere There's Music. Bologna: Damiani, 2006.
Fink, Larry. The Vanities: Hollywood Parties, 2000-2009. Munich: Schirmer/Mosel, 2011.
Social Graces; Boxing; Runway and The Vanities: Hollywood Parties 2000-2009.