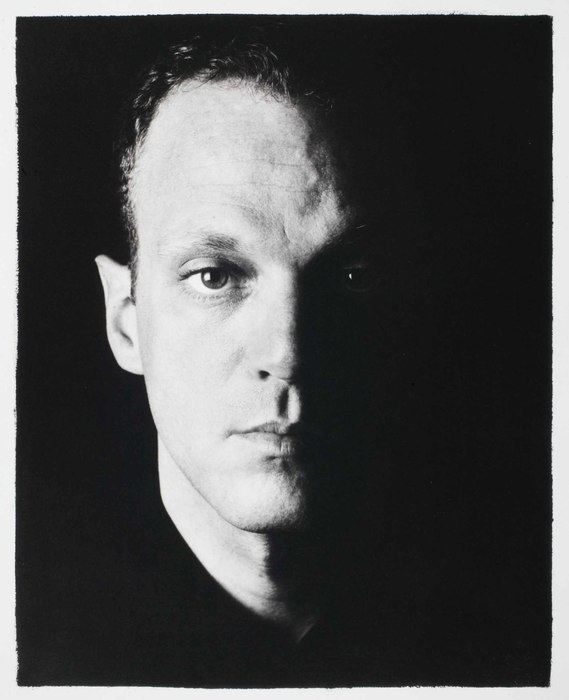 David Seidner was born in 1957 in Los Angeles. At seventeen he moved to Paris to work as a fashion photographer and by nineteen, his pictures were appearing on magazine covers. Seidner had his first solo exhibition in 1978. Based in Paris for most of his career, Seidner had a two-year exclusive contract with Yves Saint Laurent. His images, which appeared in Harper's Bazaar, Harper's & Queen, The New York Times Magazine, Vanity Fair, and international editions of Vogue in the 1980s and 90s, greatly influenced fashion photography for over a decade.
For photographs of couture designed by Azzedine Alaia, Chanel, Mme. Grès, Jean Patou, Ungaro, Valentino, and Yves Saint Laurent, Seidner often used the techniques of fragmentation, dynamic lighting, and cropping he had begun to explore in his earliest works. One early series of fragmented faces was inspired by the music of John Cage, the avant-garde artist. In these works, the face or body of the model is visually cut up and collaged together through multiple exposures, reflections in pieces of mirror, or by chemical manipulations in the printing.
In addition to his advertising and editorial fashion work, Seidner also pursued other projects dealing with clothing, the body, and art. He photographed the miniature war-time couture replicas housed at the Musée des arts de la mode in Paris as well as the Academy Award-winning costumes Eiko Ishioka designed for film version of Bram Stoker's Dracula. In the 1990s, Seidner spent eight years photographing the studios of well-known contemporary artists including Louise Bourgeois, Chuck Close, Brice Marden, Richard Serra, and Cindy Sherman. To further distinguish this work from his fashion photography, he photographed the sitter in a stark black background and presented the images as fine hand-made prints using the antique platinum printing process. In addition to documenting paintings and sculptures in progress, Seidner also made a black and white headshot of each subject, dramatically side-lit and cropped at the chin.
In the "Nudes" series, Seidner again used this striking lighting technique. He photographed male and female models from the front and back standing in classical contrapposto. Because they stand in front of a black background and the lighting from the side accentuates the muscles and curves of their bodies, they resemble Greek marble sculptures of athletes, gods, and goddesses.
This interest in art history and portraiture culminated in years of research on the models for the painter John Singer Sargent. Seidner sought out the descendents of these sitters who were chiefly women and men of the upper class in England and America. Their offspring, members of the wealthy classes of over a century later, posed in the similarly sumptuous fashions of their ancestors, often propped on a period sofa or chair. These large-scale works seamlessly combine contemporary color photography with the conventions of late-nineteenth-century portrait paintings by Sargent and Ingres.
In his final series of highly saturated color images of orchids from 1999, Seidner seemed to be moving away from portraiture and instead reinvestigating the abstract compositions of his early fashion photographs.
Selected Bibliography
Musée des arts de la mode. Moments de Mode: À travers les collections du Musée des arts de la mode, Paris: Éditions Herscher, 1986.
Seidner, David. David Seidner, New York: Rizzoli, 1989.
Charles-Roux, Edmonde et al., Le Théâtre de la Mode, Paris: Éditions Du May, 1990.
Seidner, David. Nudes, Munich: Gina Kehayoff, 1995.
___. Lisa Fonssagrives: Three Decades of Classic Fashion Photography, London: Thames & Hudson, 1996.
___. The Face of Contemporary Art, Munich: Gina Kehayoff, 1996.
___. Artists at Work: Inside the Studios of Today's Most Celebrated Artists, New York: Rizzoli, 1999.
___. Portraits, Paris: Assouline, 1999.