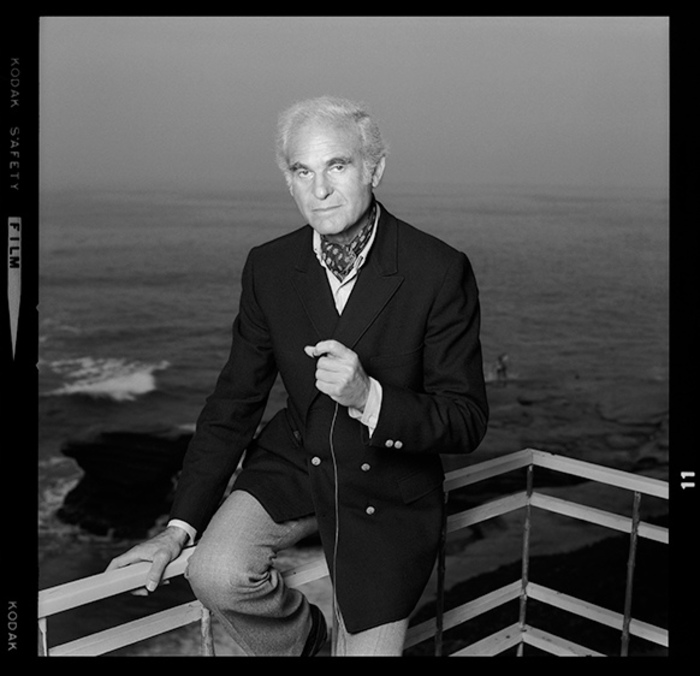 
At the age of 60 Bern Schwartz transformed his long-term hobby of photography into a new career. His fresh ambition was solidified when ICP’s founding director Cornell Capa introduced Schwartz to Philippe Halsman in 1975 after a lecture by the master portrait photographer. Bern Schwartz’s enthusiasm and desire to allow photography to take his life in a new direction convinced Halsman to take him on as a student. This evolved into a number of private sessions over several years.
Bern Schwartz drew on Halsman’s expertise and spirited technique to help develop his own personal approach to portrait photography. Halsman later commented, “I never had a more enthusiastic or dedicated student.”
Schwartz was able to photograph some of the most accomplished artists and politicians of his day. He had special entrée into British society where his work is nearly a catalog of creative and powerful personalities of the mid 1970s. Most of ICP’s prints are of British subjects taken during Schwartz’s most active period 1976-77.
For more information visit www.bernschwartz.org
Archived Items
Sort by
No results found.
Try another search or browse ICP.
View More
This website stores cookies on your computer. These cookies are used to collect information about how you interact with our website and allow us to remember you. We use this information in order to improve and customize your browsing experience and for analytics and metrics about our visitors both on this website and other media. To find out more about the cookies we use, see our Privacy Policy.
I Accept I Decline