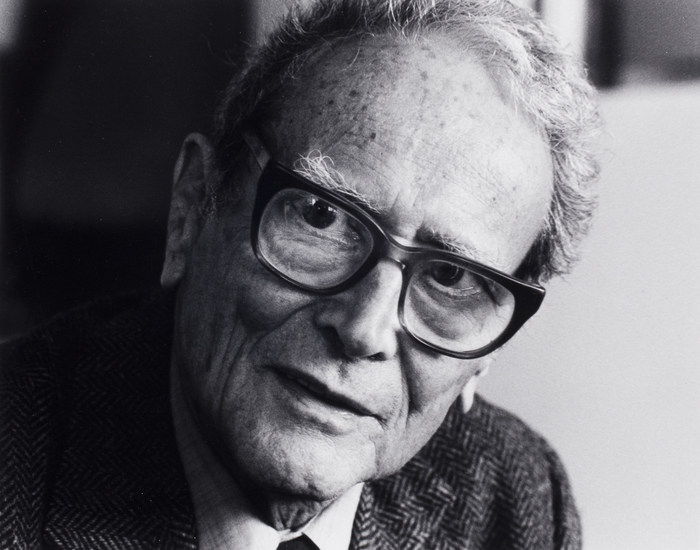 One of the world's most prolific photographers, Feininger was a pioneer both visually and technically. Born in Paris, son of the painter Lyonel Feininger, Andreas was educated in German public schools and at the Weimar Bauhaus. His interest in photography developed while he was studying architecture, and he worked as both architect and photographer in Germany for four years, until political circumstances made it impossible. He moved to Paris, where he worked in Le Corbusier's studio, and then to Stockholm. There he established his own photographic firm specializing in architectural and industrial photography. With the outbreak of war in 1939, Feininger moved to New York, where he was a freelance photographer for the Black Star Agency and then for the U.S. Office of War Information. After working on a retainer basis, he was a staff photographer at LIFE from 1943 to 1962, and there established his reputation. He subsequently concentrated on his personal work, exhibiting and publishing extensively. Feininger was renowned as a teacher via his publications that combine practical experience with clarity of presentation.
Feininger's purpose in photography was documentation of the unity of natural things, their interdependence, and their similarity to constructed forms. His images emphasize design, deploying the principles of simplicity, clarity, and organization. In addition to natural forms, Feininger's subject matter included the city, machines, and sculpture. He built four customized telephoto lenses and three close-up cameras, which allowed him to represent landscapes and city scenes in a distortion-free monumental perspective, and to show small subjects in startling sizes, thereby revealing unknown aspects. He preferred black-and-white photography for the graphic control it allowed. Feininger received numerous awards; his photographic archive is held at the Center for Creative Photography in Tucson.
Lisa Soccio
Handy et al. Reflections in a Glass Eye: Works from the International Center of Photography Collection, New York: Bulfinch Press in association with the International Center of Photography, 1999, p. 215.
Archived Items
Sort by
No results found.
Try another search or browse ICP.
View More
This website stores cookies on your computer. These cookies are used to collect information about how you interact with our website and allow us to remember you. We use this information in order to improve and customize your browsing experience and for analytics and metrics about our visitors both on this website and other media. To find out more about the cookies we use, see our Privacy Policy.
I Accept I Decline