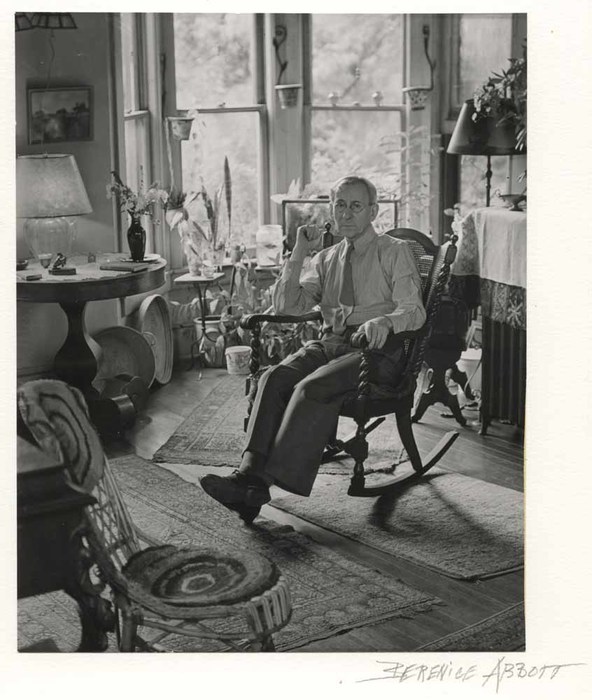 Born in Oshkosh, Wisconsin, Lewis W. Hine studied sociology before moving to New York in 1901 to work at the Ethical Culture School, where he took up photography to enhance his teaching practices. By 1904 he had begun a series of photographs documenting the arrival of immigrants at Ellis Island; this project, along with his pictures of harsh labor conditions published in the Pittsburgh Survey, brought his work to the attention of the National Child Labor Committee. He served as its official photographer from 1911 to 1916, and later traveled with the Red Cross to Europe, where he documented the effects of World War I in France and the Balkans for Red Cross Magazine. After returning to the United States in 1922, he accepted commercial assignments, produced another series on Ellis Island immigrants, and photographed the construction of the Empire State Building. Several of these construction pictures were published in Men at Work (1932), a book celebrating the individual worker's interaction with machines in the modern world. Despite the success of this book, Hine's financial situation became desperate and his photography was virtually forgotten. Berenice Abbott and Elizabeth McCausland learned of his work through the New York City Photo League and mounted a traveling retrospective exhibition of his work to revive interest in it in 1939.
Hine is best known for the documentary images of child labor practices that he produced under the aegis of the National Child Labor Committee from 1911 to 1916. These photographs not only have been credited as important in the passing of child labor laws, but also have been praised for their sympathetic depiction of individuals in abject working conditions. Hine labeled his pictures "photo-interpretations," emphasizing his subjective involvement with his subjects; this approach became the model for many later documentary photographers, such as Sid Grossman and Ben Shahn.
Lisa Hostetler
Handy et al. Reflections in a Glass Eye: Works from the International Center of Photography Collection, New York: Bulfinch Press in association with the International Center of Photography, 1999, p. 218.
Archived Items
Sort by
No results found.
Try another search or browse ICP.
View More
This website stores cookies on your computer. These cookies are used to collect information about how you interact with our website and allow us to remember you. We use this information in order to improve and customize your browsing experience and for analytics and metrics about our visitors both on this website and other media. To find out more about the cookies we use, see our Privacy Policy.
I Accept I Decline