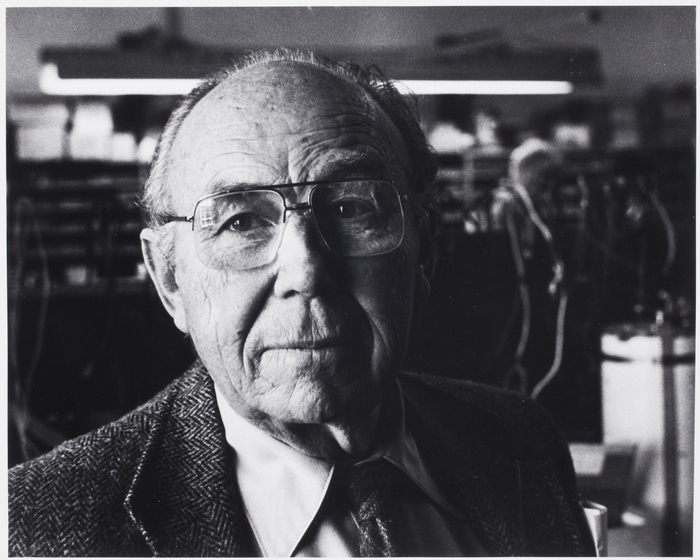 Harold Edgerton was born in Fremont, Nebraska, and he received a BS in electrical engineering from the University of Nebraska. After completing a master's degree in the subject at the Massachusetts Institute of Technology in 1927, he joined the university faculty; he was awarded a PhD in 1931. Between 1933 and 1966, Edgerton applied for forty-five patents for various strobe and electrical engineering devices. He obtained a patent for the stroboscope--a high-powered repeatable flash device--in 1949. His books include Flash! Seeing the Unseen by Ultra High-Speed Photography (1939), Electronic Flash, Strobe (1969), Moments of Vision: The Stroboscopic Revolution in Photography (1979), and Sonar Images (1986). His photographs were exhibited for the first time in 1933, at the Royal Photographic Society in London, and Beaumont Newhall included his work in the first exhibition of photography at the Museum of Modern Art in 1937. Edgerton was awarded the U.S. National Medal of Science in 1973. His work was the subject of a retrospective at the International Center of Photography, and he was given ICP's Infinity Award for Lifetime Achievement in 1987.
Edgerton revolutionized photography, science, military surveillance, Hollywood filmmaking, and the media through his invention of the strobe light in the early 1930s. The photographs that resulted from his scientific experiments were championed in the 1930s as representative of the New Objectivity, the American counterpart to the German Neue Sachlichkeit. Edgerton's photography of split-second motion may be seen as an expansion beyond the nineteenth-century locomotion studies of by Eadweard Muybridge and Étienne-Jules Marey.
Meredith Fisher
Handy et al. Reflections in a Glass Eye: Works from the International Center of Photography Collection, New York: Bulfinch Press in association with the International Center of Photography, 1999, p. 214.